Once upon a time, the Paseo de la Reforma, the Champs Elysee of Mexico City, was lined with elegant mansions. 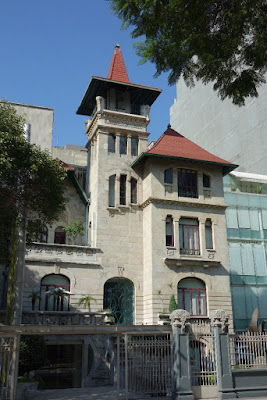 Today, the monument -studded boulevard is lined with skyscrapers. 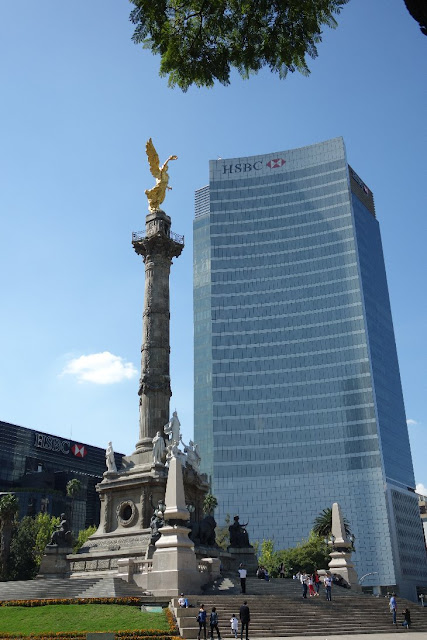 On previous trips to Mexico City I have reported on the construction of new office towers along the Paseo.  It's been nine months since I was last in the city, so I wanted to see what progress had been made since then.

Here you see the triumvirate of Mexico City's tallest buildings all bunched together along the Paseo de la Reforma, close to the entrance to Chapultepec Park. 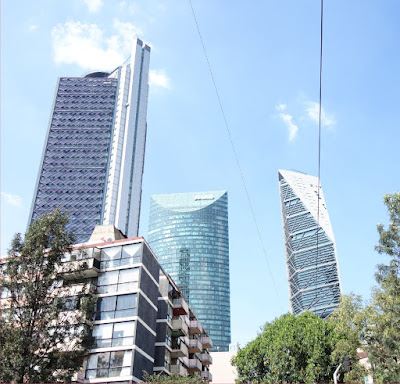 To the left is the Torre Bancomer (Commercial Bank), the second tallest building in the city.  In the middle is the oldest of the three, the Torre Mayor.  It is now the third tallest building, but for a number of years it reigned as the tallest structure, not just in Mexico, but in all of Latin America. To the right is the newest building, the Torre Reforma, now the tallest in Mexico.  All three buildings are close to each other in height.  The Torre Mayor is 739 feet tall, the Torre Bancomer is 771 feet, and the Torre Reforma is 800 feet.

Construction on the Torre Reforma is almost complete.  Frankly, I don't particularly care for it. 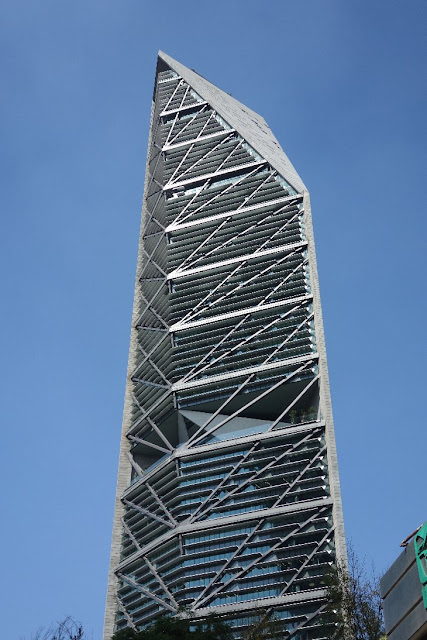 The other side is worse.  It looks like a slab of concrete with holes in it. 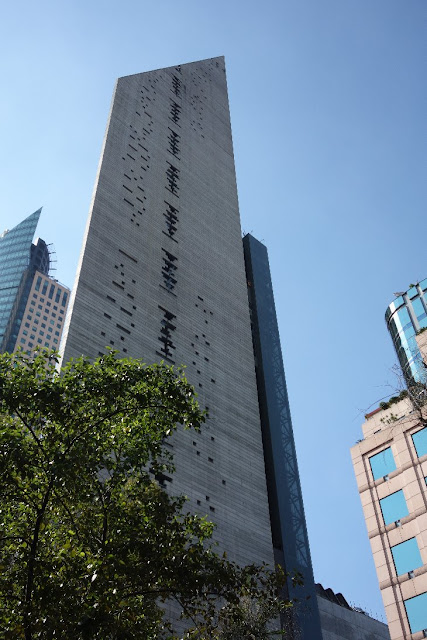 At least the project saved one of the boulevard's last remaining mansions. It is being incorporated into the skyscraper's ground floor. 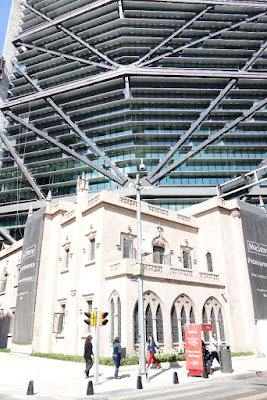 Next door to the Torre Mayor (in fact, practically touching it) is a new project, another office tower called Chapultepec Uno.  When completed it will be the second highest at 790 feet.
I don't like the fact that these four buildings are close together in height and so close together in location.   It doesn't make for a very interesting skyline. 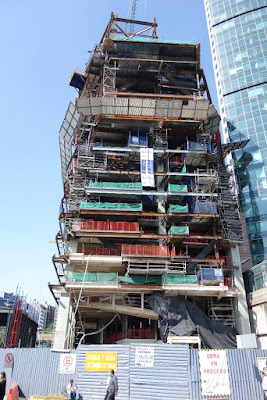 Down the boulevard, another building, which was under construction when I was last here, is now completed.  The Torre Diana is actually located on the next street over from the Paseo de la Reforma.  It is not nearly as tall, but I like the architecture better.  Depending on the light, it looks a shimmering tower of ice. 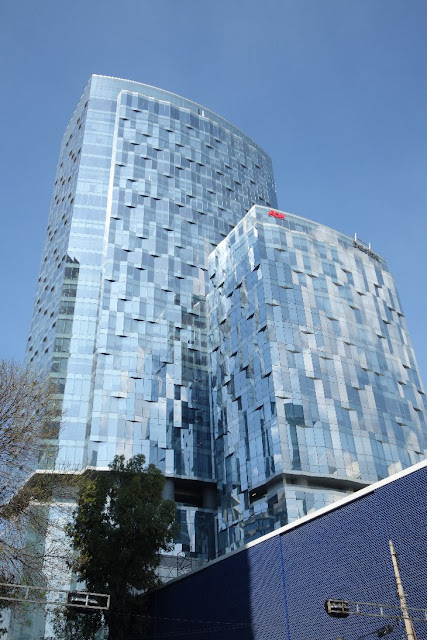 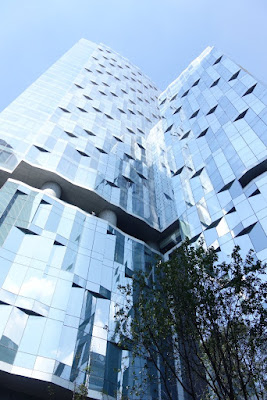 Most of the Torre Diana is already filled with tenants.  A number of large corporations have offices here, including AT&T, which recently arrived in Mexico.  The area by the entrance is nicely designed with fountains.  Several stores and restaurants occupy the ground floor, and more are coming. 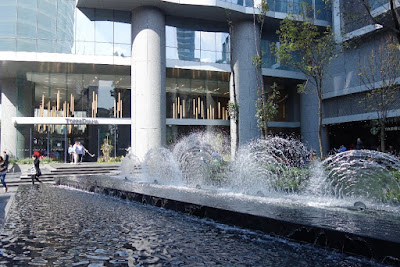 Heading farther down the boulevard, I came to this glass office tower.  It is obviously brand new, although I am not sure that I remember it under construction the last time I was here. 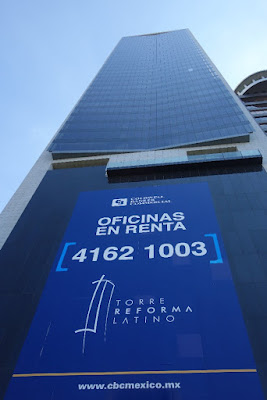 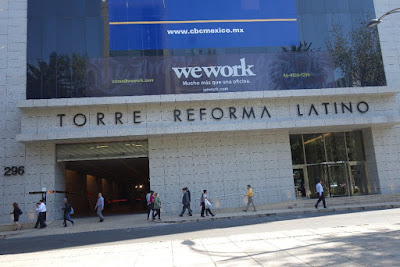 The Spanish teacher in me questioned the grammatical correctness of its name.  The noun "torre" is feminine, so shouldn't it be called "Torre Reforma Latina"?  Alejandro explained to me that the structure is built on the former site of one Mexico City's most important movie theaters, "Cine Latino", and the name is a reference to that.
Posted by Retired Teacher at 8:45:00 PM