I have long been fascinated by the volcano Popocatépetl (usually referred to as Popo).  The 17,800 foot high peak stands between Mexico City and the city of Puebla and is Mexico's second highest mountain.

My first trip to Mexico, back in 1973, was to study at the University of the Americas in the town of Cholula near Puebla.  I arrived at the campus at night, and got settled into my dorm room.  The next morning I looked out my window... and there was Popo!  For a person from relatively flat northern Ohio, the snow capped peak made quite an impression. 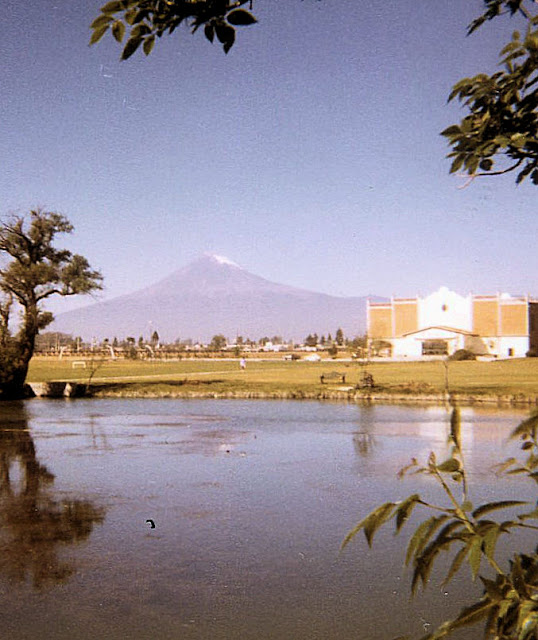 A couple years later, I returned to Mexico with my father.  A friend from the University drove us to the Pass of Cortés, at the foot of the volcano.  We had a chance to see Popo up close. 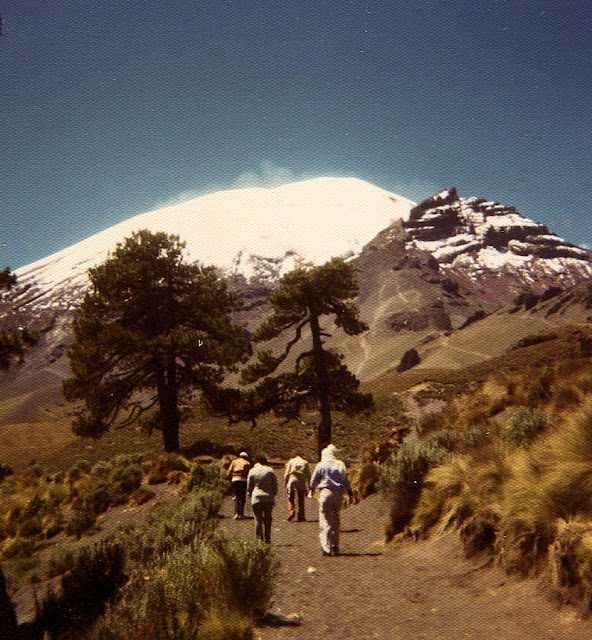 Except for an occasional wisp of smoke, Popo had long been quiet.  Then, beginning in 1994 the volcano came to life, and has periodically spewed steam, gas and ash.  On one occasion when I was in Puebla in the 90s, automobiles parked on the streets were covered with a light dusting of ash.  Because of its activity, visitors are no longer allowed to get as close to the mountain as we were in the picture above.

Earlier this month, on my latest trip to Mexico, I posted this picture of Popo, taken from the 'Estrella de Puebla", a Ferris wheel on the outskirts of Puebla. 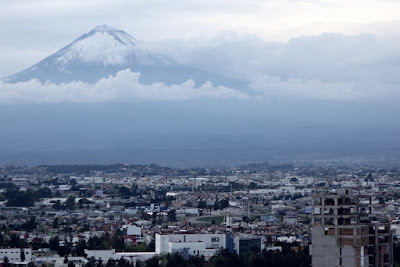 Just last week, Popo was at it again.  On November 25th the volcano erupted for twenty minutes, sending a plume three miles into the sky.  My friend Alejandro who lives in Mexico City did not see the eruption.  The city's air pollution usually obscures the view of the mountain.  However I found these dramatic photos on the internet. 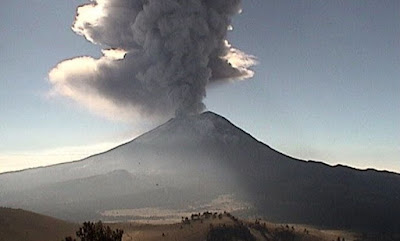 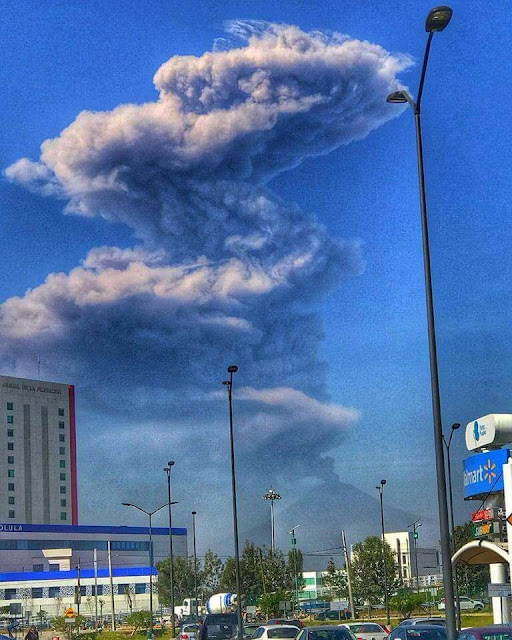 The eruption seen from Puebla

No damage was done, but it was certainly a spectacular show for the residents of Puebla.
Posted by Retired Teacher at 10:02:00 AM