An Evening in Puebla

In colonial times when Mexico was the Viceroyalty of New Spain,  Puebla was second only to Mexico City in importance.  Today it is a modern, industrial city with a metropolitan population of around three million people.  However, its historic center has been preserved and has been declared a world heritage site by UNESCO.

After getting settled in our hotel, Alejandro and I ventured out to have supper.  Puebla is one the culinary centers of Mexico.  Many of the most famous recipes of Mexican cuisine originated here.  Not far from the hotel is a restaurant called Fonda Santa Clara which specializes in those traditional dishes, and that is where we went to eat.

The interior of the restaurant is very attractive, decorated in colonial decor. 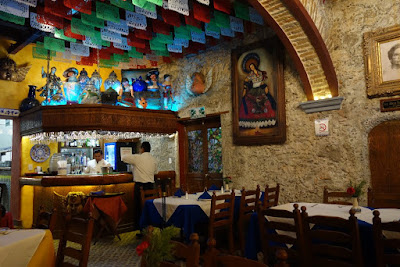 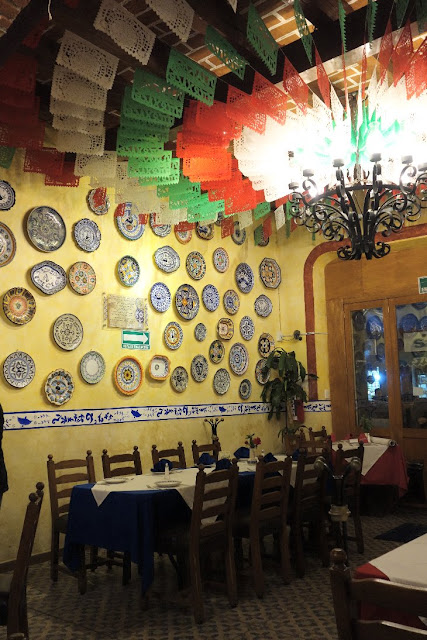 Alejandro ordered an entree of three enchiladas, each one covered in a different sauce. 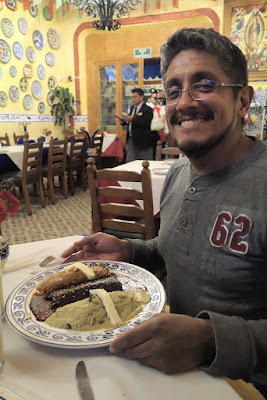 The dark enchilada in the middle is covered with "mole poblano", one of the most famous sauces in Mexican cuisine.  According to legend it was invented in a convent in Puebla.  When a dignitary was scheduled to visit the convent, the nuns did not know what to serve him for dinner.  They threw everything they had in the pantry (including chocolate) into a pot to create a sauce to serve with turkey.

The other two enchiladas on Alejandro's plate are covered with red and green "pipián".  "Pipián" is a sauce made with pumpkin seeds.  The red variety contains tomatoes; the green variety has "tomatillos".

I had the pork in red "pipián" sauce.

Our meals were excellent!

After supper we walked around the center of the city.  A few days ago I wrote about the Festival of Light that was being held in Mexico City.   Frankly, I think that Mexico City could learn a thing or two from Puebla.  Here the colonial mansions and churches are illuminated every weekend of the year. 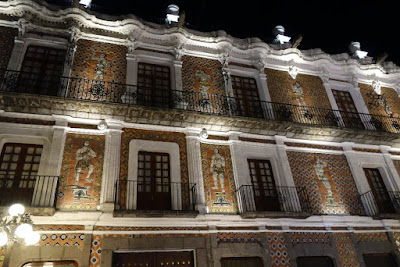 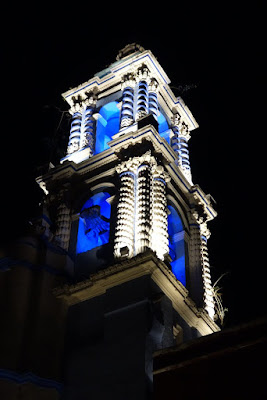 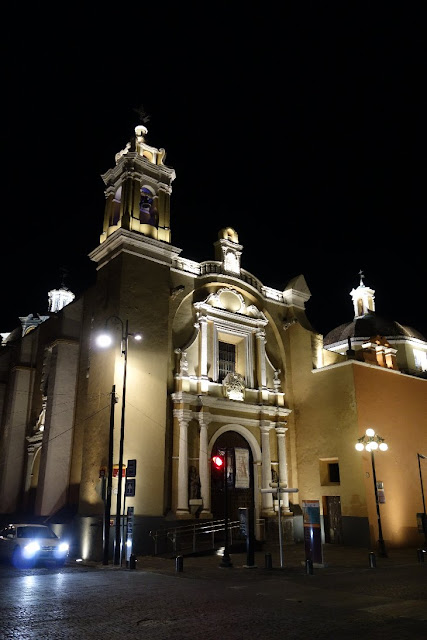 As in Mexico City, Puebla's main plaza is called the Zócalo.  Here too, the buildings were all illuminated. 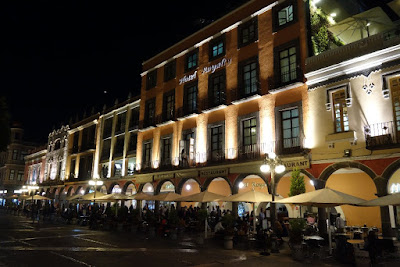 The city hall which faces the plaza was lit with blue lights. 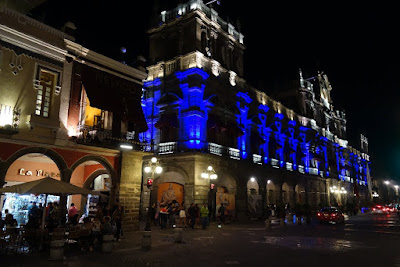 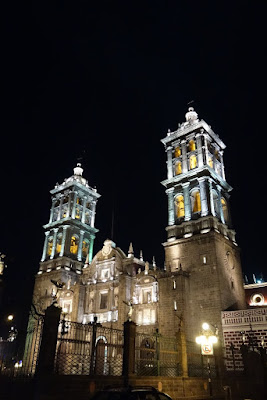 We were fortunate to be there just as they were starting a light and sound show in which images are projected on the facade of the Cathedral.  The show is presented every weekend. 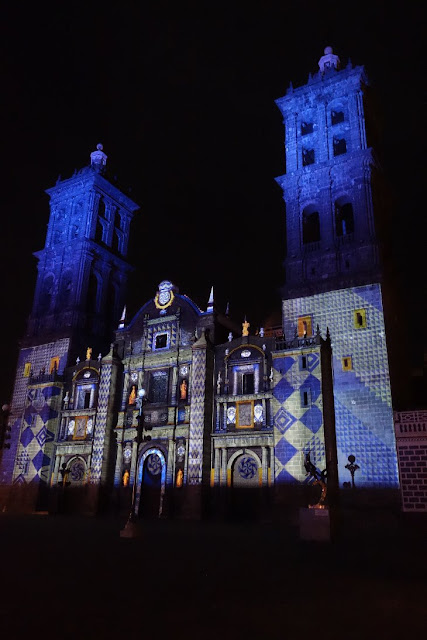 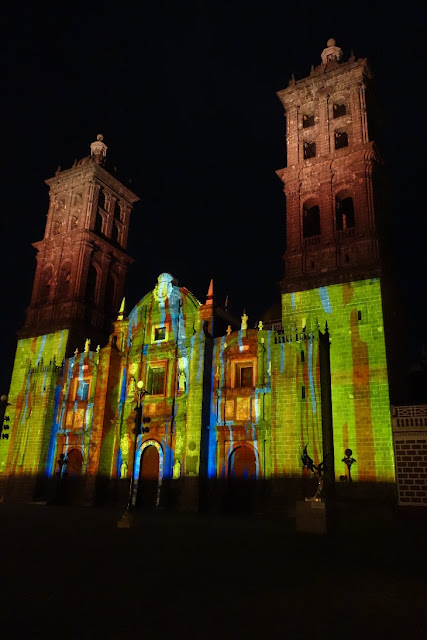 It was a wonderful evening in the colonial heart of Puebla! 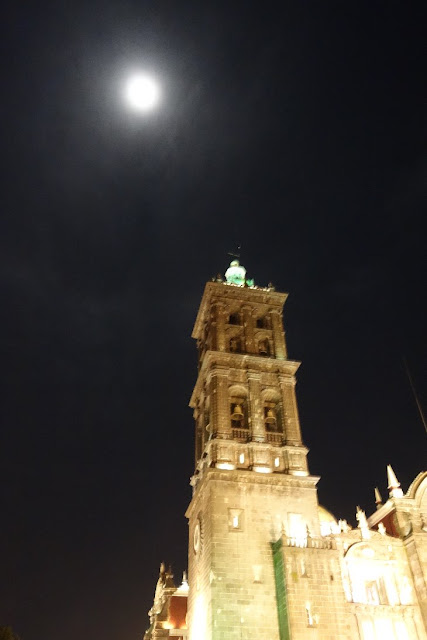