Ofrendas - Offerings to the Dead

An essential part of the Day of the Dead celebration is the "ofrenda", the offering to the departed.  These displays have the appearance of an altar, and they are set up in families' homes, in churches, in businesses, even on the street.  It was believed that the spirits of the dead return to earth on this day, and the "ofrendas" offer hospitality and warmth to the special "visitors".  The altars usually will include flowers (especially marigolds), decorations of "papel picado" (cut tissue paper), candles, incense, photos of the departed loved ones, favorite belongings of the deceased, food (including "bread of the dead") and even bottles of liquor.

Often the display extends across the ground in front of the altar with beautiful "carpets" created from flowers, colored sawdust or sand, and other materials.  These "carpets" were meant to guide the spirits to the "ofrenda".

As I mentioned before, the Day of the Dead is not a sad occasion.  The Mexicans view death with a sense of humor, and it is not unusual to find humorous elements in the ofrendas.

Here are some pictures of displays that I have seen over the past few days. 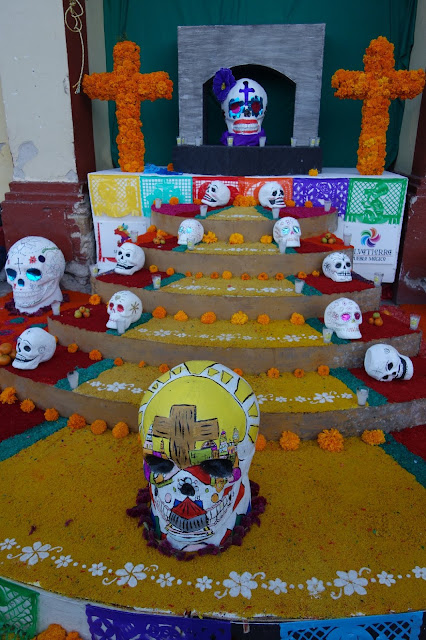 This "ofrenda" was in front of a church in Salvatierra, Guanajuato.

In the courtyard next to that church were several "ofrendas" which were set up in memory of specific people. 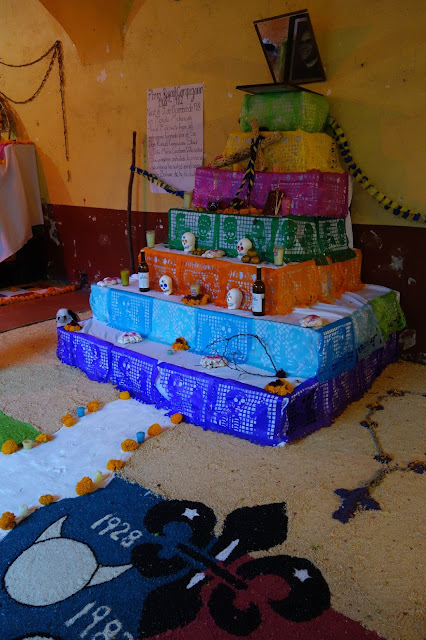 (The "fleur de lis" designs were created with black beans.) 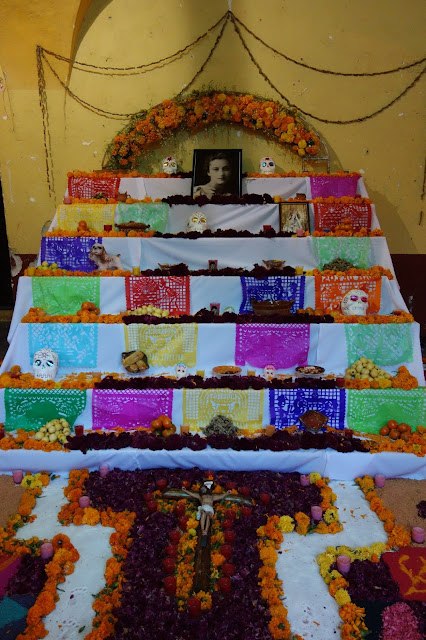 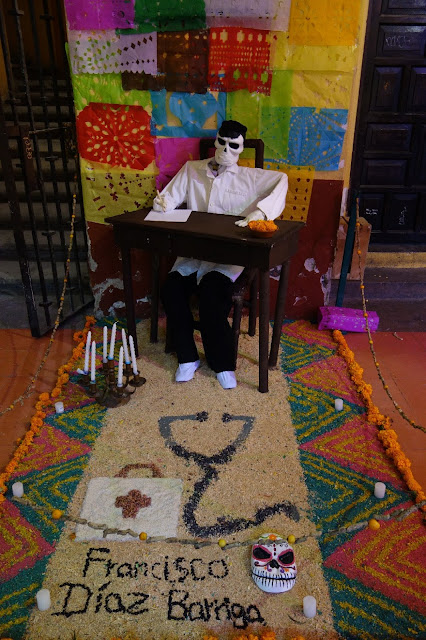 (This "ofrenda" is obviously in memory of a doctor.)

A large display in the Church of San Francisco in Celaya, Guanajuato 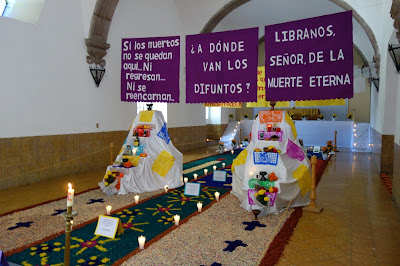 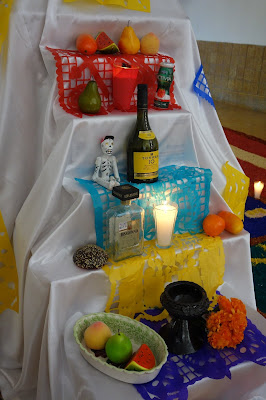 In the Cultural Center of Celaya, they were in the middle of setting up an "ofrenda".   One entire side of the courtyard was going to have designs on the floor leading to the altar.
Note the decorations of "papel picado" hanging from the ceiling. 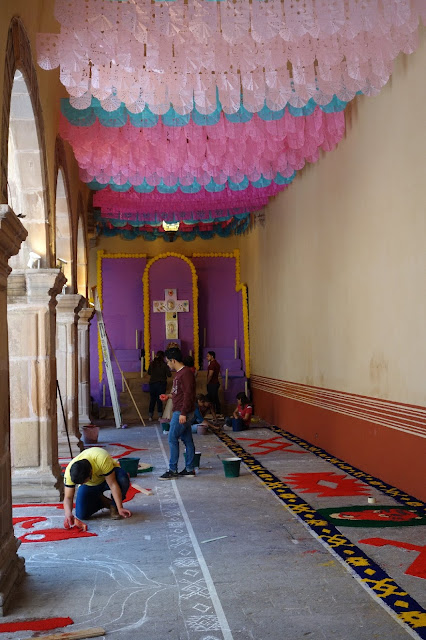 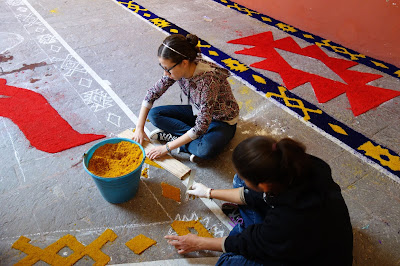 An impromptu "ofrenda" on the street, set on the ledge of the back wall
of the Cathedral in Mexico City 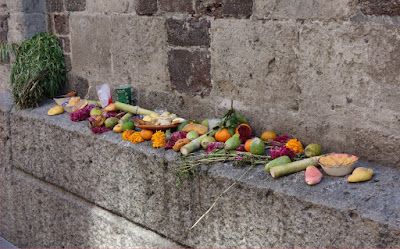 The theme of the "ofrenda" in the Cathedral of Mexico is the first Catholic wedding held in Mexico in 1525. 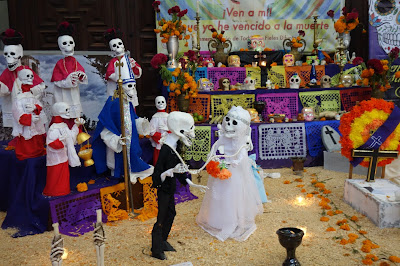 Even in the Cathedral's "ofrenda", humor is allowed. 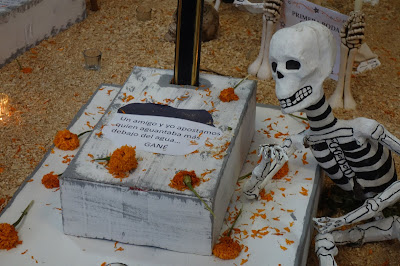 The inscription on the poor skeleton's tombstone reads:
"My friend and I made a bet as to who could stay underwater the longest.
I WON."
Posted by Retired Teacher at 7:17:00 PM