As of yesterday, I can add another Mexico City museum to the list of those I have visited... or at least I think it counts as a museum.

I walked about 2 miles from my condo to the Mixcoac Metro Station. 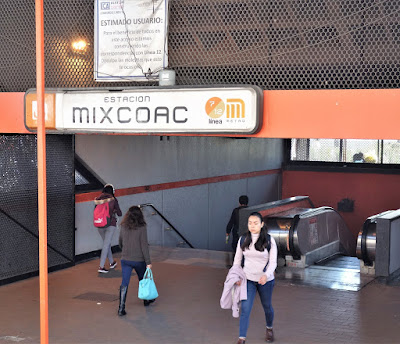 I descended into the station, and used my Metro / Metrobus card to pass through the turnstile... 5 whole pesos.  I did not get on the train however.  My destination was right here in the station... the Metro Museum. 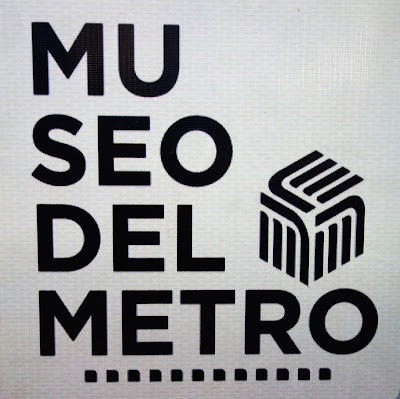 Admission is free (other than the 5 pesos I paid to enter the station).  You enter the museum through another set of Metro turnstiles that are there simply as part of the theme. 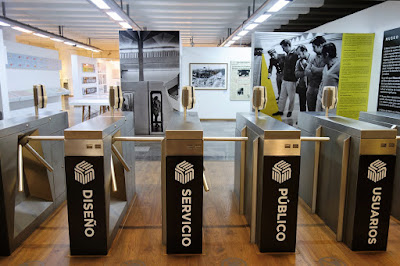 The museum is small, but provides an interesting look at Mexico City's subway system, the largest in Latin America. 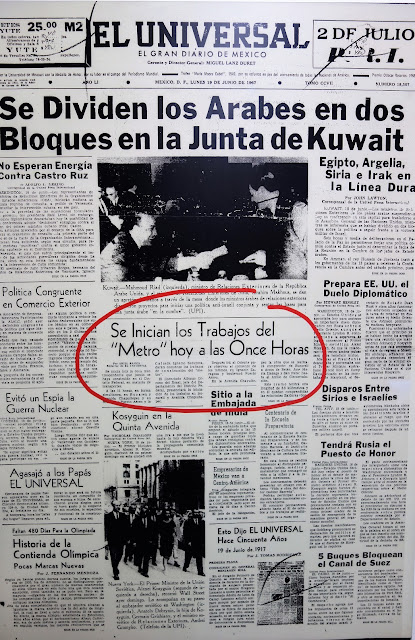 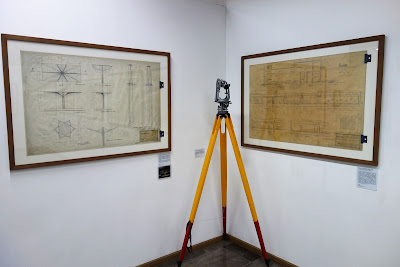 Engineers' drawings for the construction of the Metro 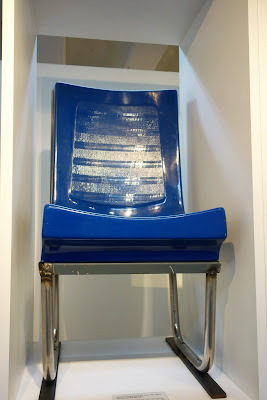 One of the fiberglass seats used on the first Metro cars.
They can still be found on a few of the trains. 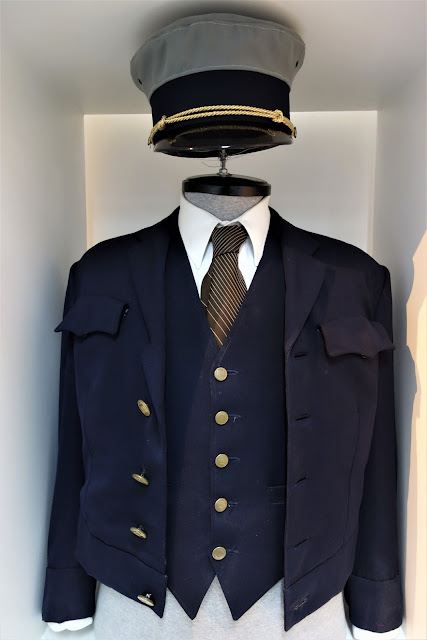 The original train operator's uniform, used only until 1970 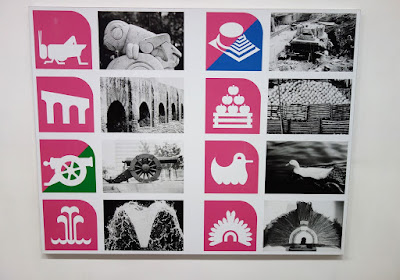 An icon was created for each Metro station.  The picture referred to the name of the station or a nearby landmark.  These pictures were used to help those who were illiterate and foreign visitors who were unfamiliar with the place names in Mexico City.  The icons were created by an graphic designer from the United States by the name of Lance Wyman. 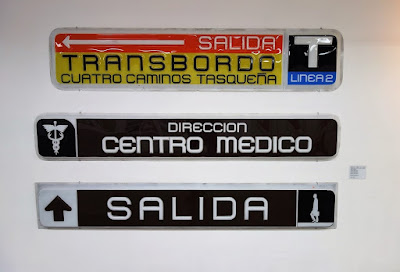 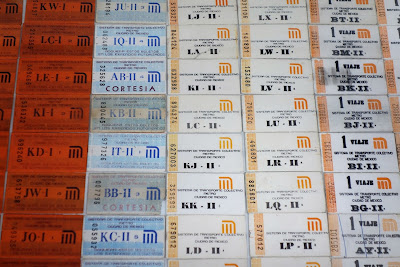 There is a collection of every ticket ever printed for the Metro... 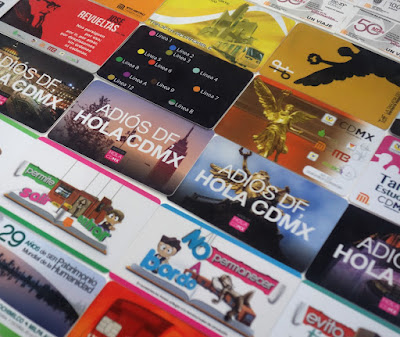 and the plastic cards that are now used for the Metro and Metrobus. 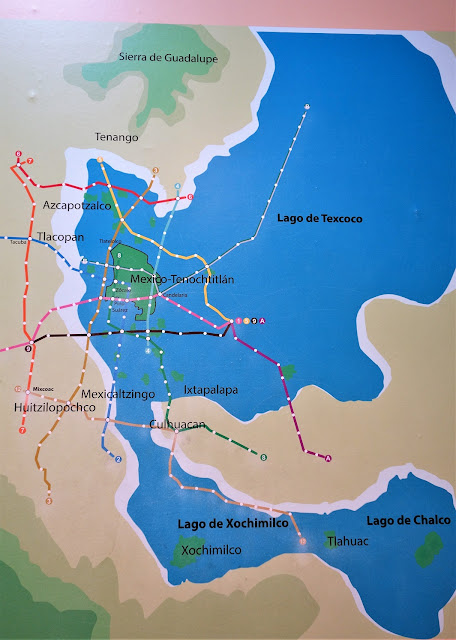 This map shows that the Metro lines cross through what was once the Aztec's island capital of Tenochtitlán as well as other pre-Hispanic towns on the shores of the former lake.
As a result, the excavations for the Metro line uncovered a treasure trove of Aztec artifacts.
A few of those items are displayed in the museum. 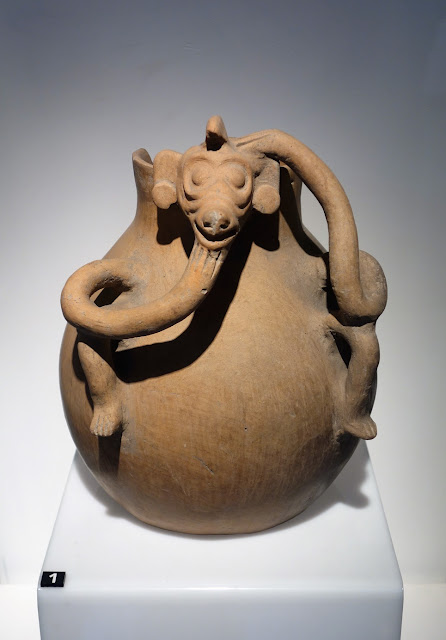 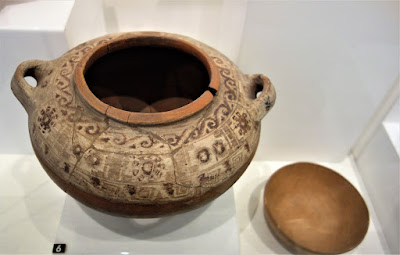 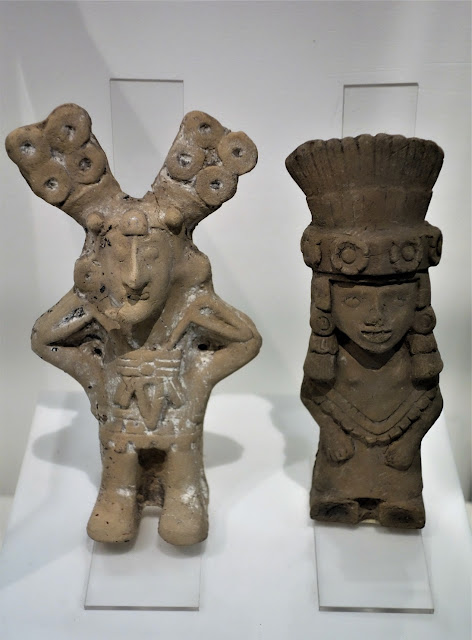 For someone such as I who uses the Metro frequently, this little museum was quite interesting.
Posted by Retired Teacher at 4:11:00 PM