On Sunday afternoon the "International Day of the Dead Parade" was held in Mexico City.  As far as I know this was something new in the increasingly busy calendar of events leading up to the Day of the Dead.  I assumed by its name that this parade would have participation by other countries.

A couple hours before the parade was scheduled to depart from the Zócalo at 2:00 P.M., I had found spot that seemed to be ideal.  I was near the Palace of Fine Arts where the parade would turn off of Avenue Cinco de Mayo onto Avenue Lázaro Cárdenas.  I was standing at one of the barricades which had been placed all along the route. 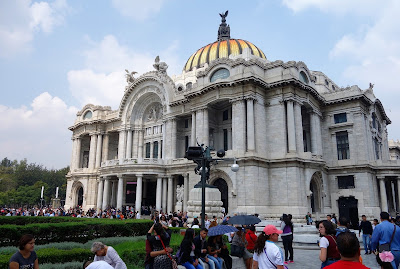 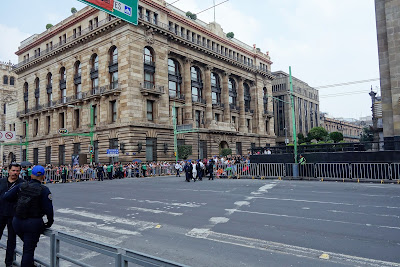 This is where the parade turned.
The impressive old building on the corner was the original headquarters of the Bank of Mexico. 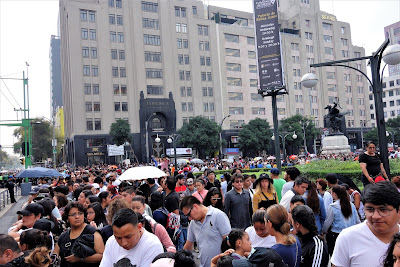 I had an unobstructed front row view, but very quickly there was a mass of humanity behind me.

I don't know if the parade started on time at 2:00, but by the time it reached where I was positioned it was around 2:45. 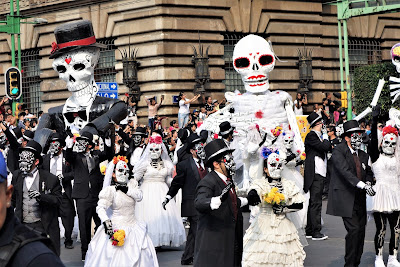 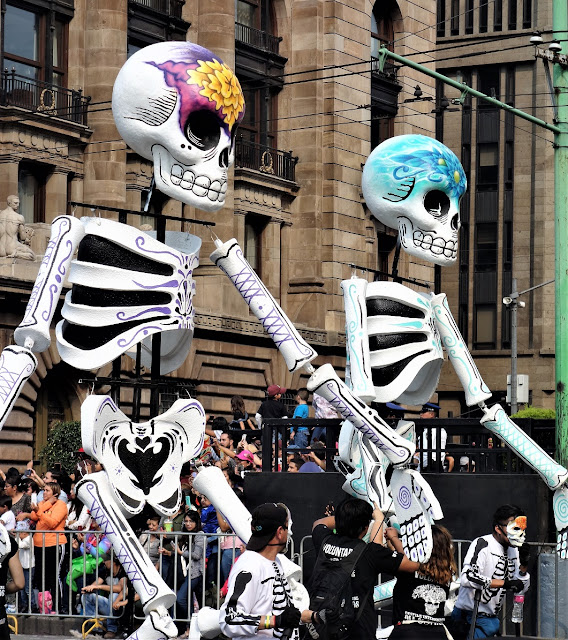 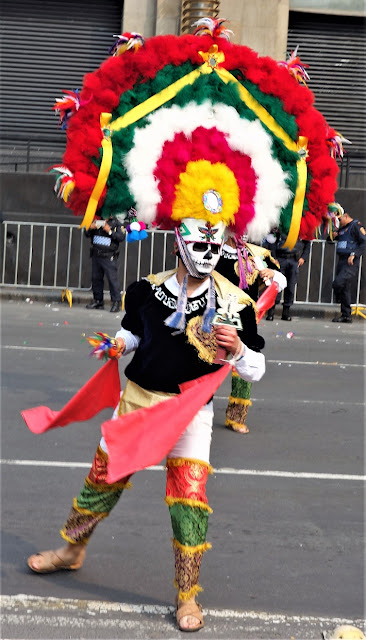 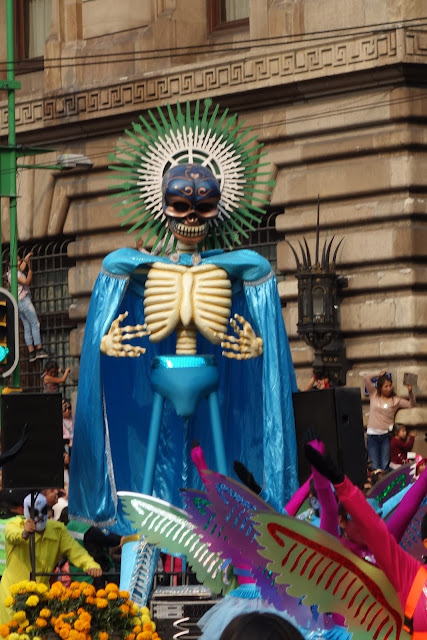 The parade was festive and colorful, but, frankly, I found it superfluous.  There wasn't anything to distinguish this parade from the main Day of the Dead parade which will be held on Saturday.  This one was shorter and definitely more commercialized than the main parade, and some of the costumes were recycled from last year's parade.  And I am baffled by the name "International Day of the Dead" since there was absolutely no participation by other countries.