On Sunday Alejandro, his friend Darryl, and I walked along Mexico City's famous boulevard, the Paseo de la Reforma. 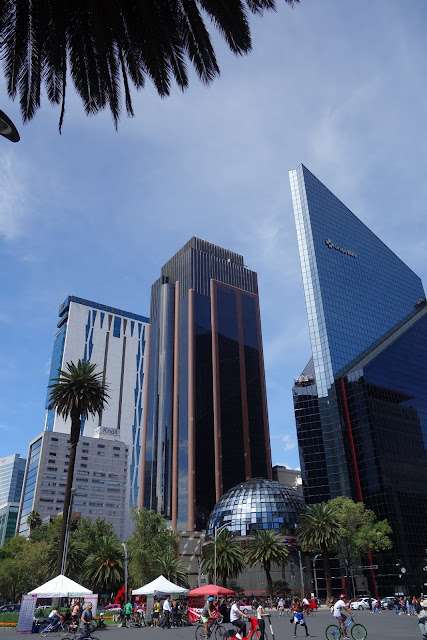 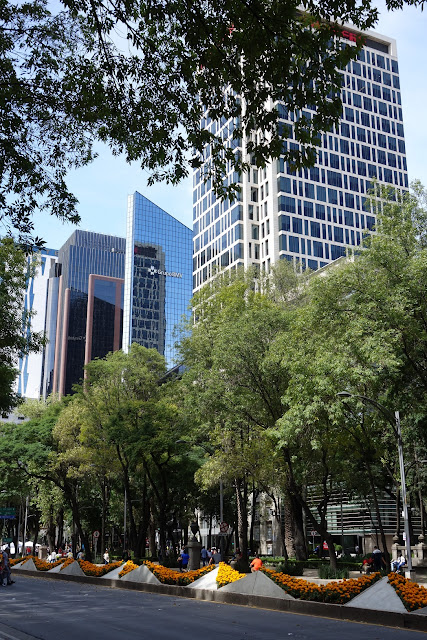 The median strip in the middle of the boulevard has been planted with thousands of marigolds.

Our reason for strolling along the Paseo was to see the displays of "Mexicráneos" and alebrijes.  I will get to those in upcoming posts.  Beyond those seasonal displays, there was plenty to experience along the boulevard... much of it pleasant, some of it distressing.

Being a Sunday, the Paseo de la Reforma was closed to automobile traffic, and for a few hours was the domain of bicyclists, roller skaters and skateboarders.


But the bicyclists had to share the road with a small march protesting the recent violence in the city of Culiacán, the headquarters of the Sinaloa Cartel. 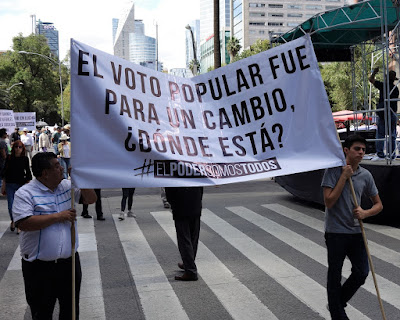 "The popular vote was for a change.  Where is it?"

There were countless vendors selling their wares to the Sunday crowds strolling along the boulevard. 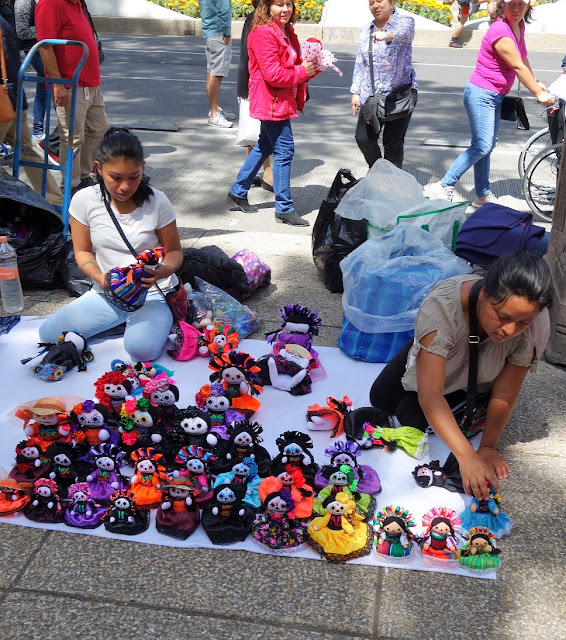 Handicraft vendors spread their merchandise on the sidewalk. 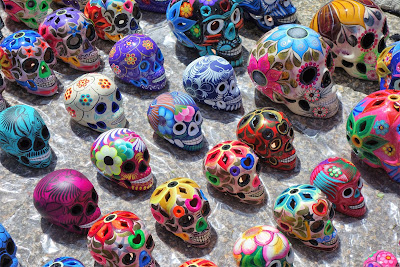 Colorful ceramic skulls for the Day of the Dead 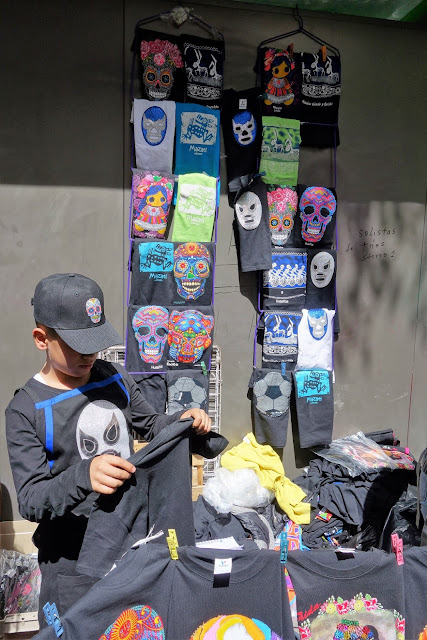 I couldn't resist buying another Day of the Dead tee-shirt for my collection at this stand. 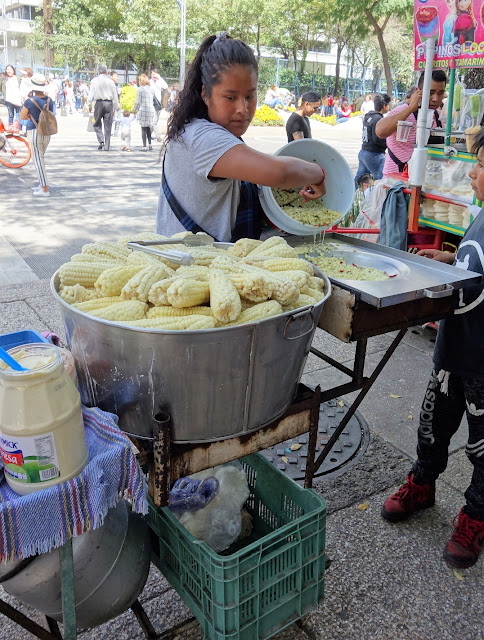 There were also plenty of food vendors.
The corn looked tempting, but I don't think that I would want it slathered with mayonnaise that had been sitting out unrefrigerated all day.

It was distressing to see Mexico City's iconic Monument to Independence cordoned off and covered in scaffolding. 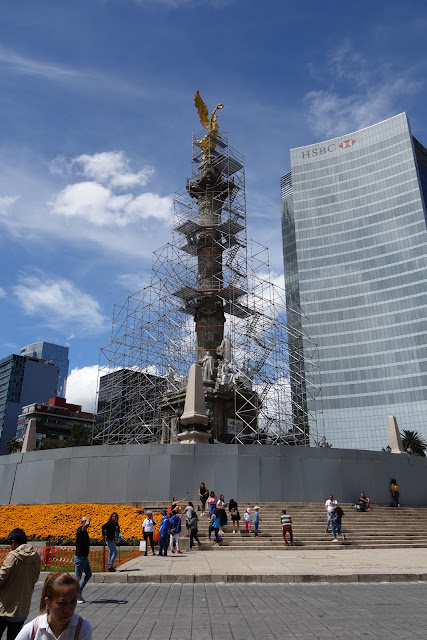 This summer at a Women's March along the Paseo de la Reforma, a radical element of the demonstrators spray painted graffiti on the monument, vandalized other buildings and even sprayed paint in the faces of passersby.  It's sad that a few bad apples should give a just cause a bad name.

Because of the damage done to the monument, plans to do a renovation were pushed forward.
Posted by Retired Teacher at 7:00:00 AM