Music in the Morning, Art in the Afternoon

My friend Carol, a former teaching colleague of mine, invited me to go to a Friday morning Cleveland Orchestra concert with her today.  The morning concerts are a slightly abbreviated version of the evening performances.  They are very popular with senior citizens, and there were many buses and vans from local assisted living and retirement communities parked outside the concert hall.

It was a pleasant autumn morning, so I decided to park at the parking garage of the nearby Cleveland Museum of Art and walk the short distance to the concert hall.  I still had plenty of time before I was to meet Carol, so I took a walk around the lagoon in front of the art museum. 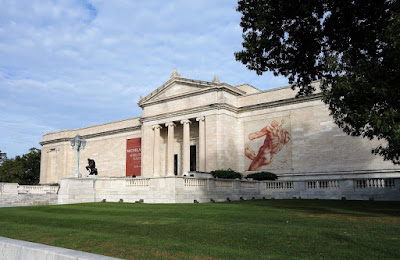 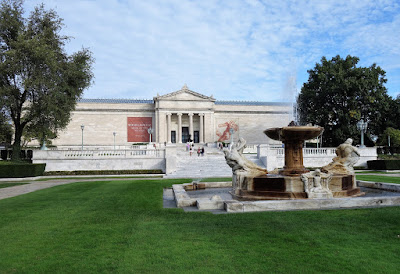 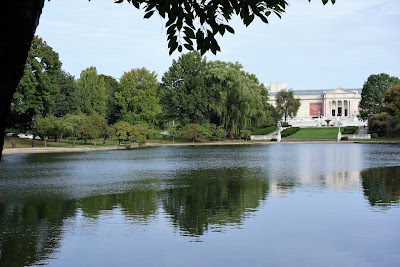 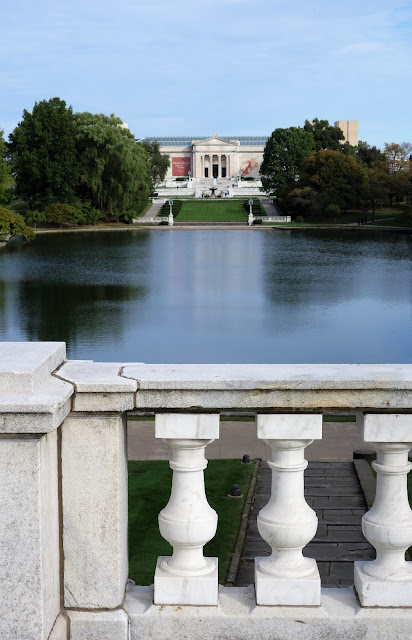 Across the street is Severance Hall, the home of the renowned Cleveland Orchestra. Built between 1929 and 1931 and named after philanthropist John Severance, it is considered one of the most beautiful concert halls in the country. 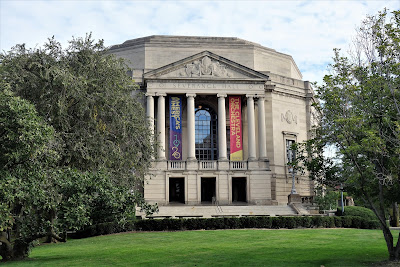 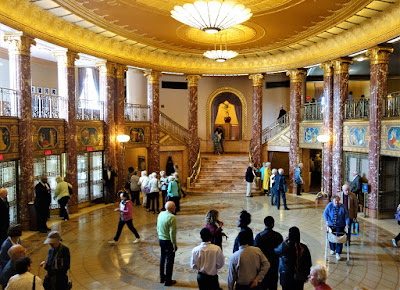 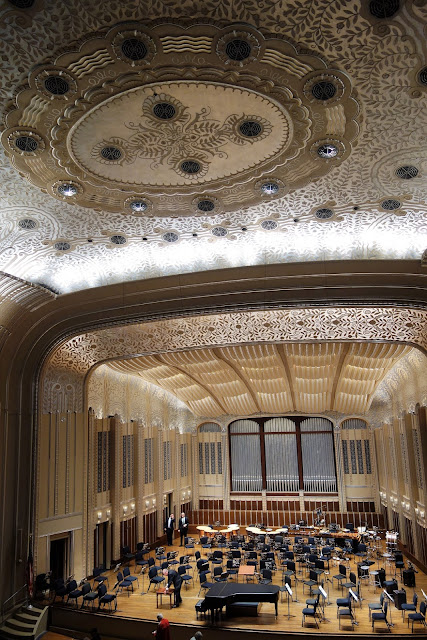 The concert consisted of two works.  It began with the Piano Concerto by contemporary British composer Thomas Ades.  I am not a big fan of modern music.  Although the soloist was skillful and there were some interesting parts to the composition, as Carol said, "It's not something I would put on the phonograph at home."  The next work was the familiar Symphony No. 3 by Johannes Brahms.  That lush and beautiful symphony was much more to my liking.

As it turns out, we were both parked at the art museum parking lot, so we had lunch at the café facing the museum's modern atrium. 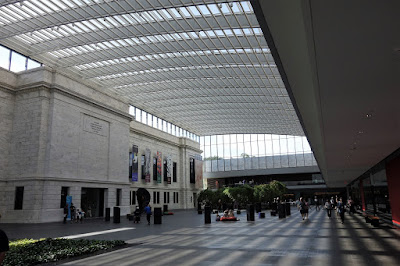 A special exhibit is currently on display at the museum, a collection of drawings by Michelangelo.  So after lunch we decided to take in the exhibit. 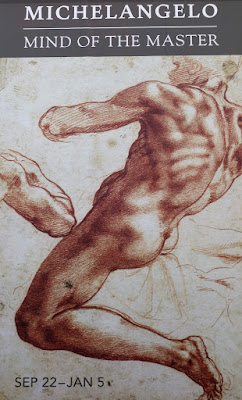 Michelangelo did thousands upon thousands of drawings, most of them sketches for his sculptures, frescoes and architectural designs.  He jealously guarded them, and after finishing a project he would usually burn the sketches.  Only about 600 of his drawings remain.  This show featured more than two dozen sketches by the great master.

These two drawings were studies for a mural called the "Battle of Cascina" which he was going to paint in Florence. 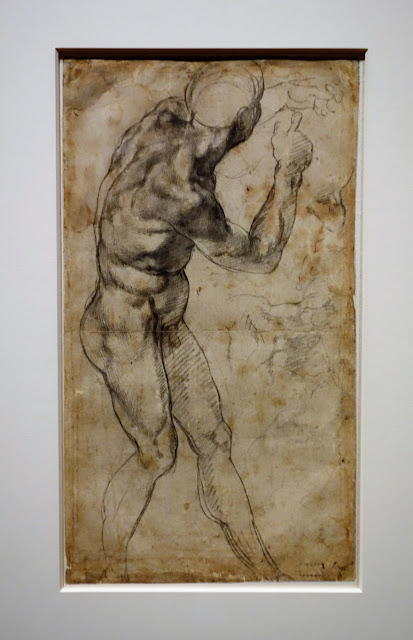 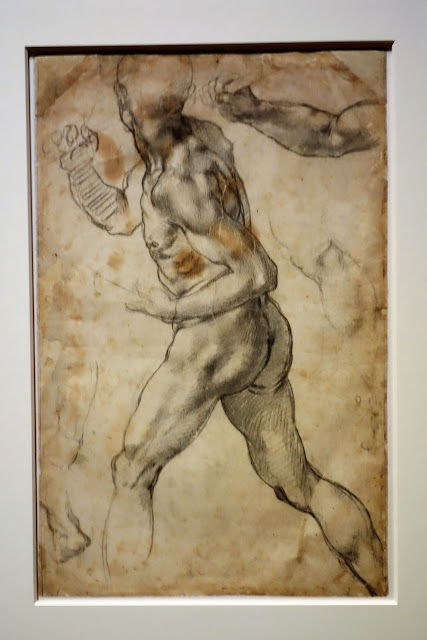 The fresco was to depict a battle between the cities of Florence and Pisa in which the Pisan army made a surprise attack while the Florentine army was bathing in the Arno River.  The project was never completed.

There are a couple of studies which Michelangelo did for the reclining male figure (representing "Day") on the tomb of Giuliano de' Medici.  A photo mural behind the sketches shows the tomb.  The male figure from the sketches is to the right. 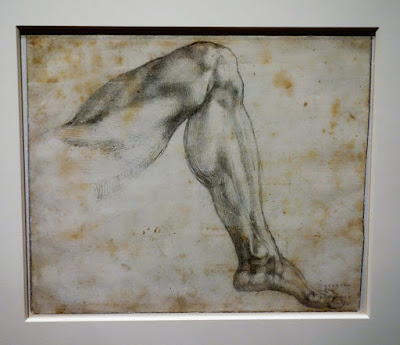 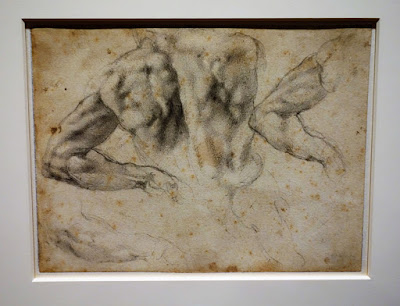 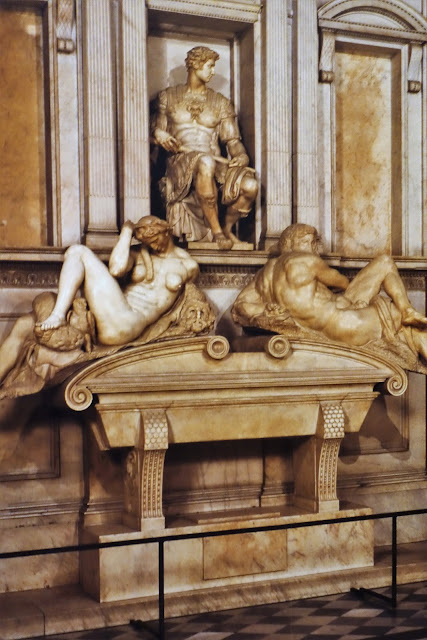 Michelangelo generally refused to do portraits, but it is believed that this sketch is a portrait of his nephew. 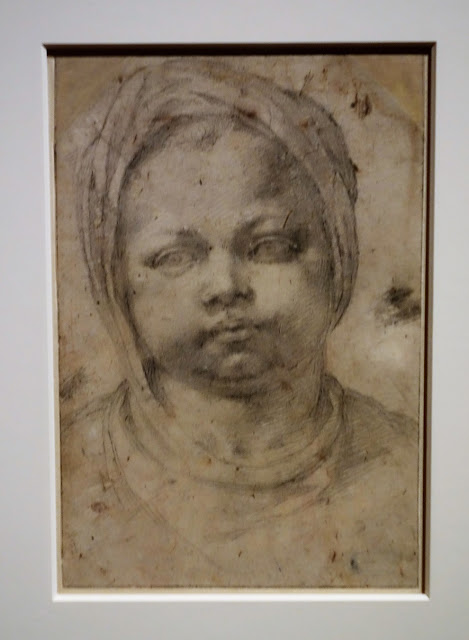 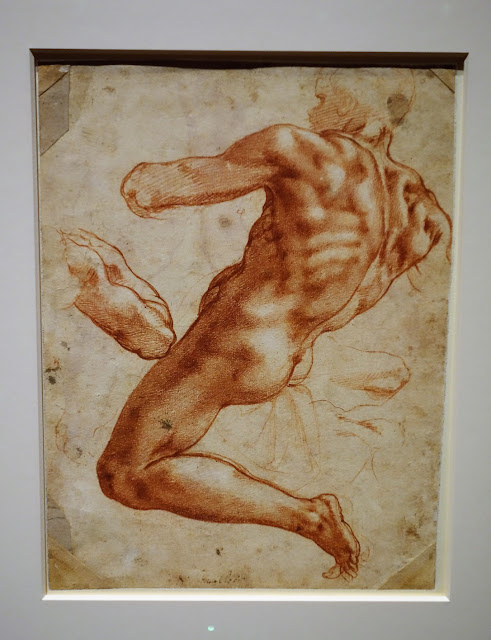 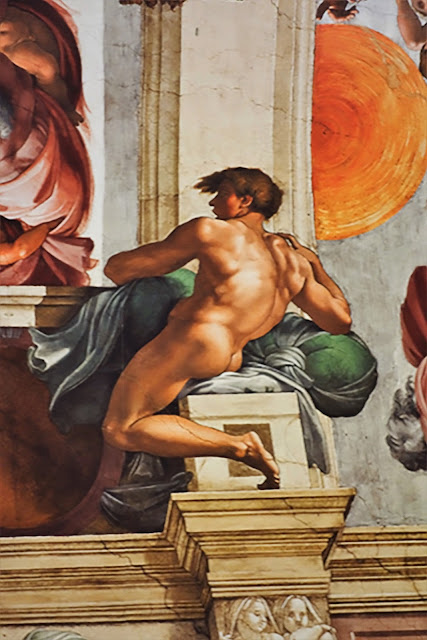 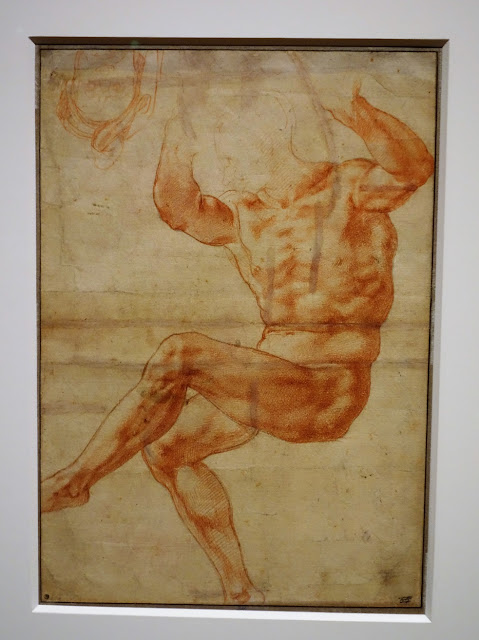 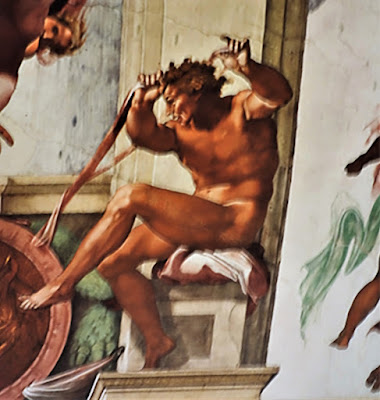 This drawing is not by Michelangelo, but by his friend Daniele de Ricciarelli.  It portrays the elderly Michelangelo when he was about 75 years old. 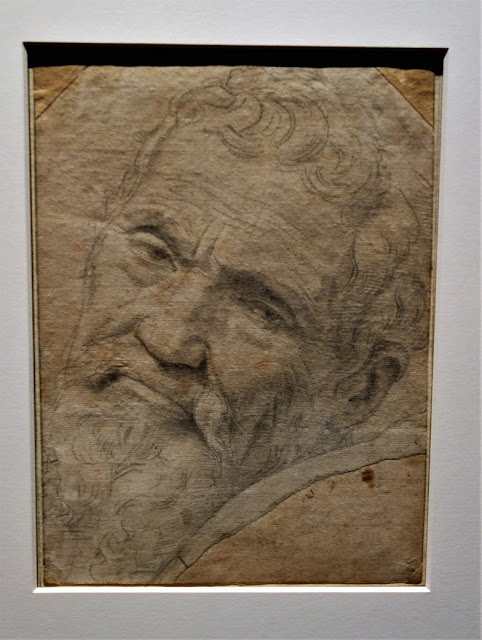 Thanks to Carol for a great day of music and art!
Posted by Retired Teacher at 8:04:00 PM