Mexico is in the process of issuing new designs for all of its paper currency.  Last year a new 500 peso bill was issued with the image of revered President Benito Juárez replacing husband and wife painters Diego Rivera and Frida Kahlo.  I have yet to see one of those new 500 peso bills, and neither has Alejandro.  The ATMs continue to spew out Diego and Frida's faces. 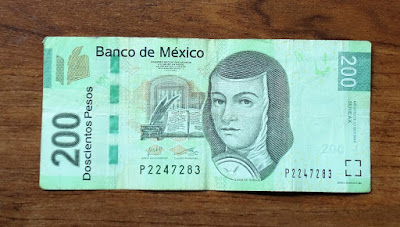 Fans of Mexico's proto-feminist writer do not have to despair that Sor Juana's face will gradually disappear from circulation.  Her image will be on the new 100 peso bill which will be introduced next year.

As I said, I am still waiting to see the new 500 peso bill. However I did not have to wait long for the new 200 note.  Yesterday when I went to the bank, along with a bunch of "Sor Juanas", I received one crisp new bill with the portraits of Miguel Hidalgo and José María Morelos, heroes of Mexico´s War of Independence from Spain. 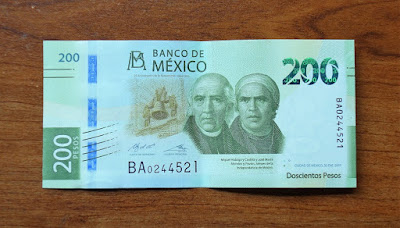 The reverse sides of all of the new bills honor Mexico´s natural heritage.  The new 200 peso shows an eagle flying over the El Pinacate desert biosphere. 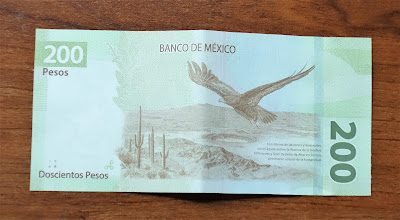