A few days ago I wrote about the annual exhibit of large, decorated skulls that are displayed outdoors in Mexico City during the Day of the Dead season.  This is the third year for the exhibit which is called "Mexicráneos".  Each skull (I believe that they might be made of fiberglass) is imaginatively painted by a different artist.  This year there were a few on display in front of the World Trade Center near the apartment that I rent.  However, the majority of them are placed along the Paseo de la Reforma.  On Sunday we took a walk along the boulevard to see the rest of the skulls.

Here are some photos of just a few of them... 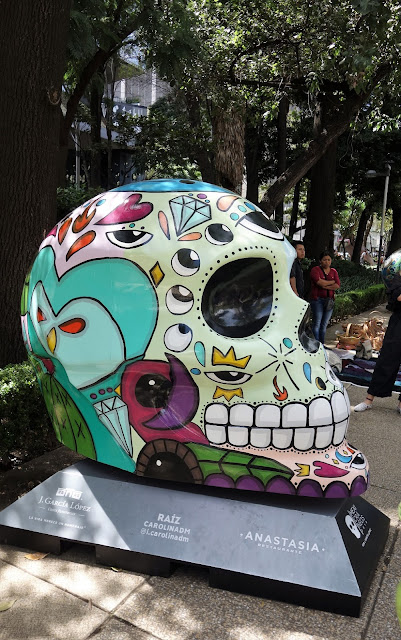 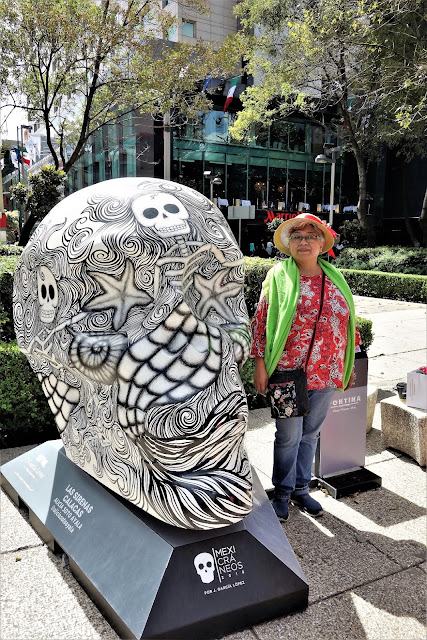 In a few cases, the artists were present with their creations. 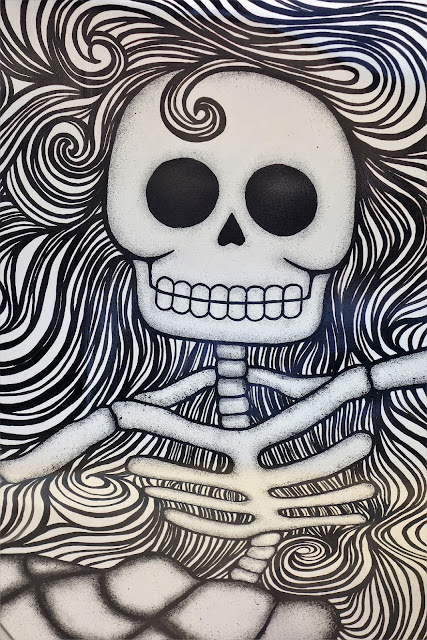 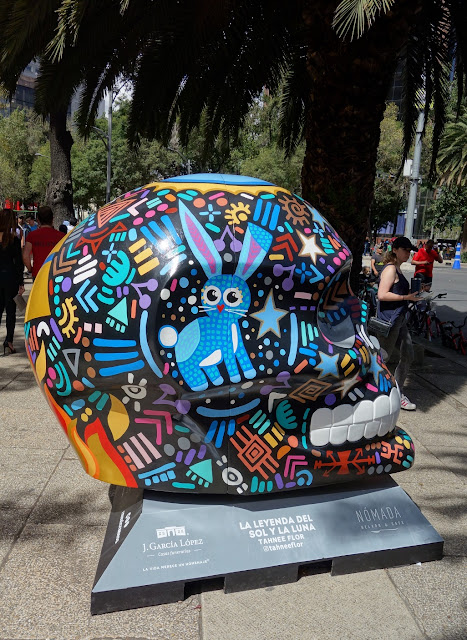 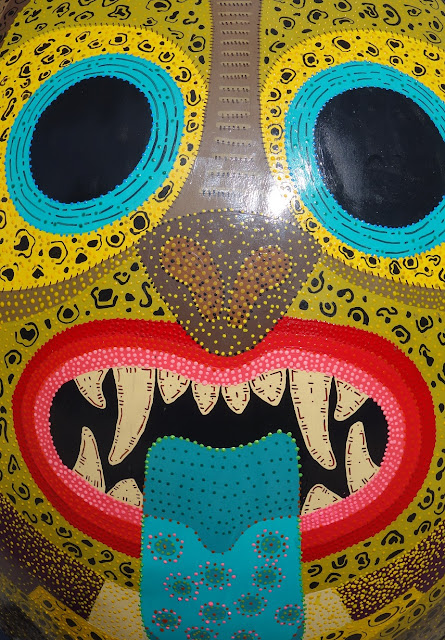 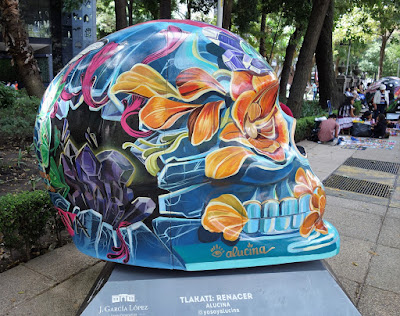 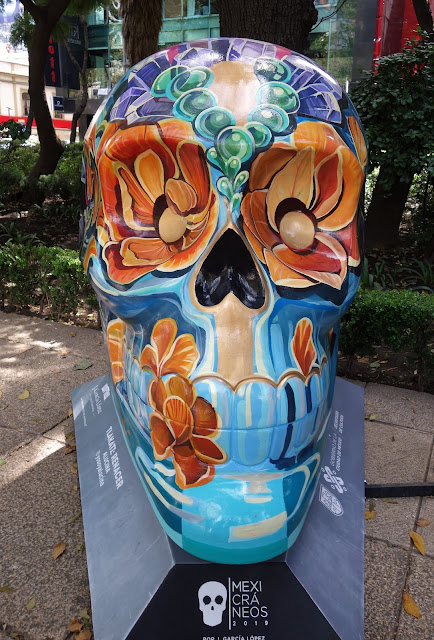 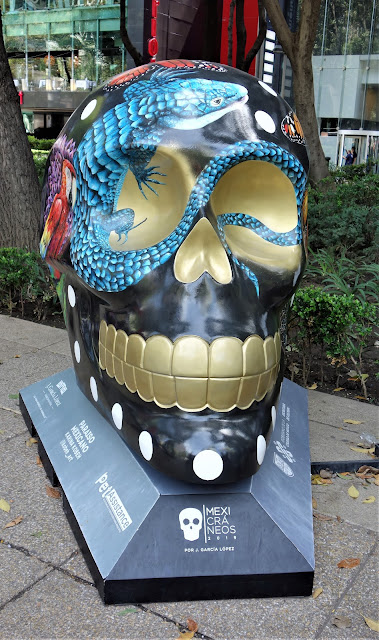 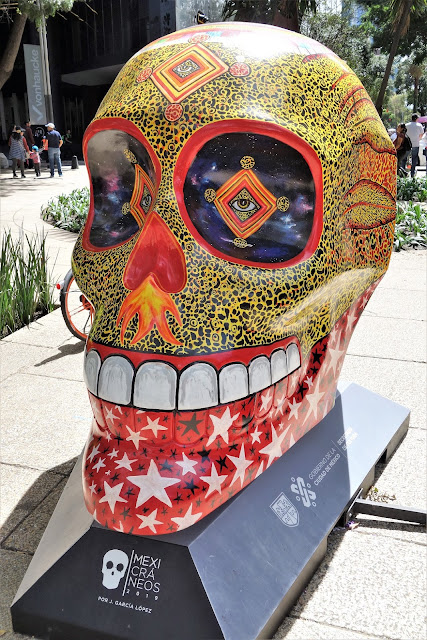 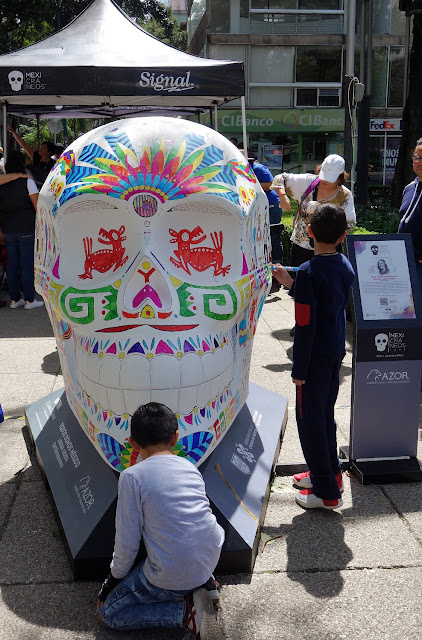 The artist of this skull was allowing children to fill in the outlines of her design with markers. 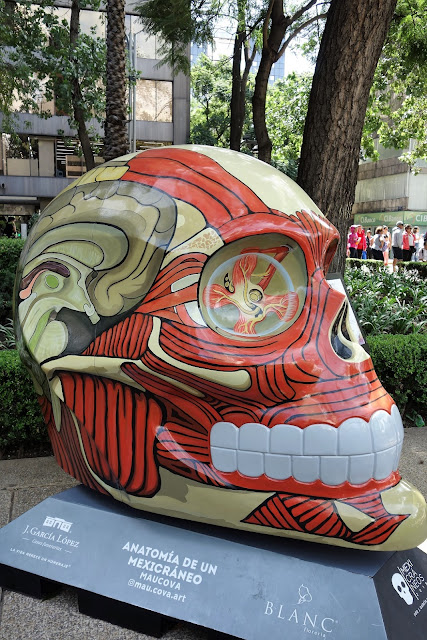 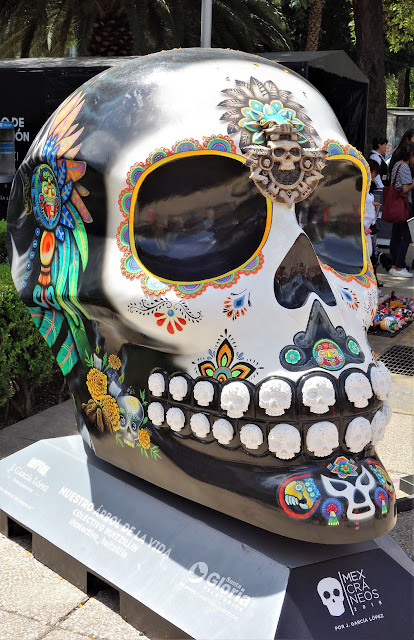 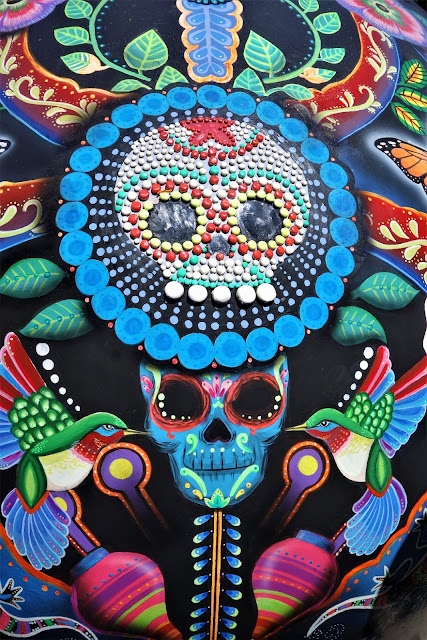 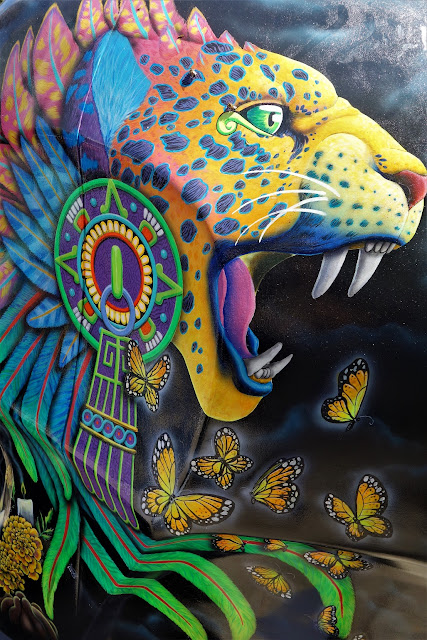 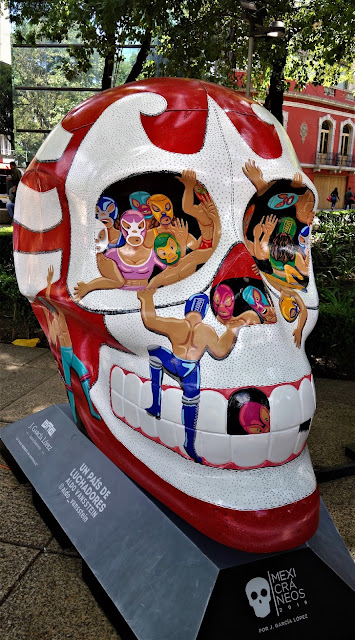 This skull had a "lucha libre" (Mexican wrestling) theme. 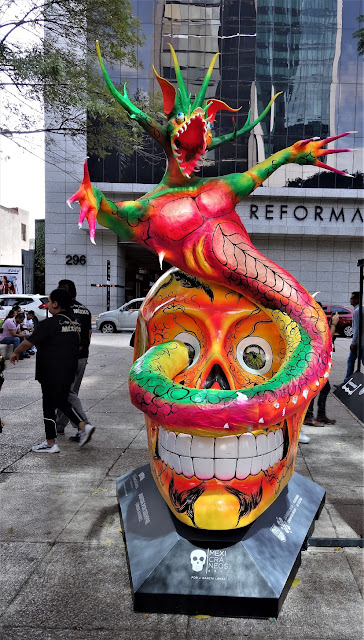 This artist added an "alebrije-like" creature emerging out of the skull's eye. 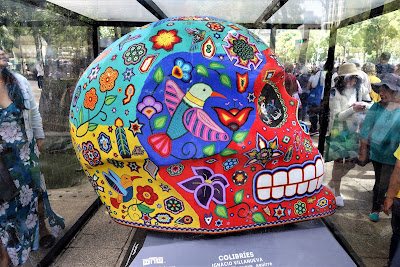 This very impressive skull is protected within a plexiglass case.
It is decorated in the style of the Huichol tribe.
The designs are created with tiny, colored beads. 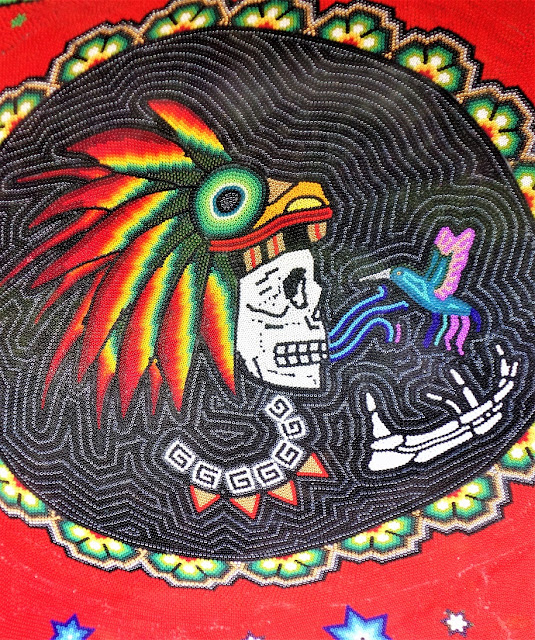 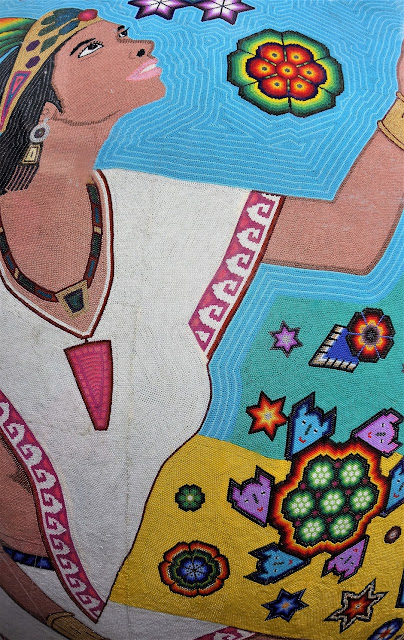 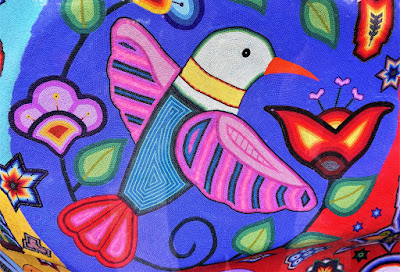