Yesterday I was up early to catch my morning flight from Cleveland to Houston.  It was a gray, chilly, rainy day. 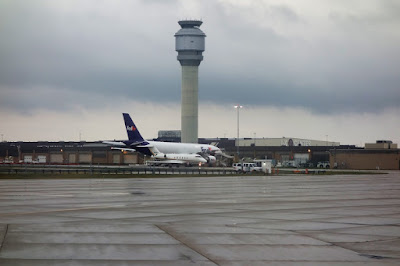 On the runway at Cleveland airport 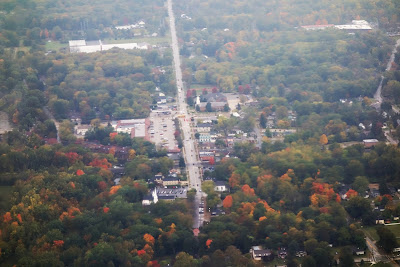 After take off we flew directly over my hometown of suburban Olmsted Falls.
You can see a bit of autumn foliage, although I don't think we will have spectacular color this fall.

We had a lot of turbulence on the flight to Houston.  When we arrived, it was gray and drizzling there too.  The temperature however was considerably warmer. 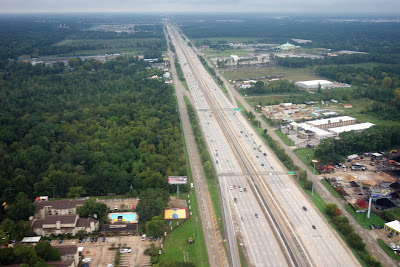 From Houston I flew to Mexico City.  The clouds broke long enough to see the coastline of Mexico. 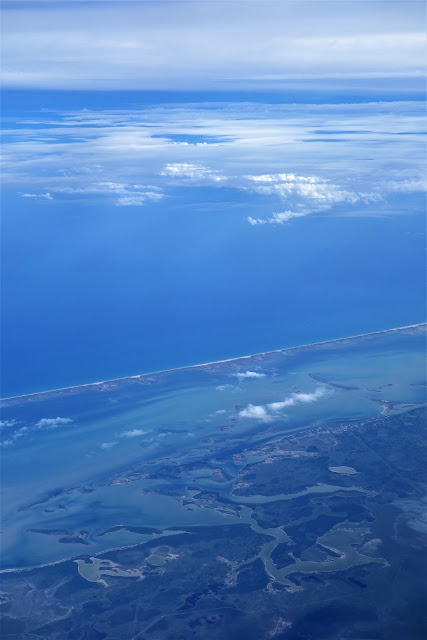 However, as we headed inland the clouds thickened again.  There was light rain in Mexico City. 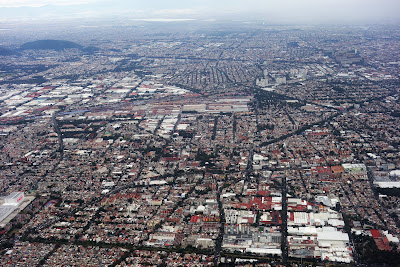 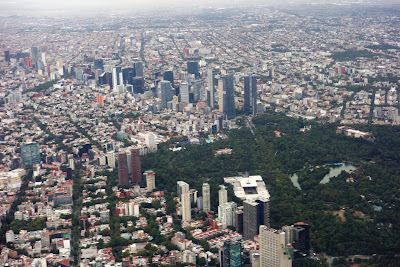 Below you can see Chapultepec Park and the line of skyscrapers along the Paseo de la Reforma. 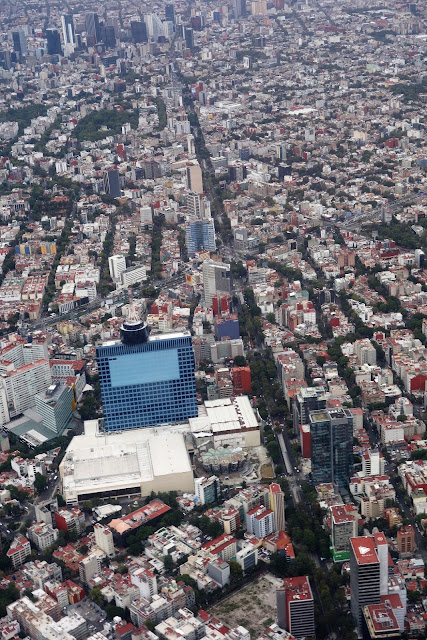 The large, blue building is the World Trade Center.  The condo that I rent is only a couple blocks away. 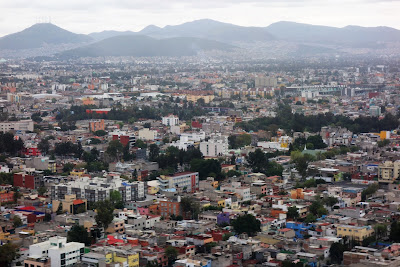 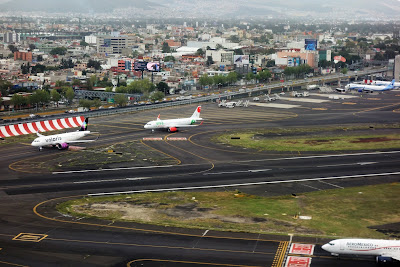 Although it was a pleasant flight, there were a number of irregularities that did not affect me.  On my flights to Mexico there has always been an attendant who is a native Spanish speaker. This was the first time that there was nobody on the crew who was fluent in Spanish.  Not good.  More than half the passengers were Mexican, and there were undoubtedly many who did not speak English.  Secondly, the wi-fi was not functioning.  It didn't bother me.  I always have a book to read, and I do not feel the need to be connected to the internet constantly.   But there were probably some who were upset by that.  Finally, they did not have the immigration forms that must be filled out upon entering Mexico.  I have only had this happen to me once, and that was on an Interjet Airlines flight.  I have read about it happening on Delta Airlines, but it has never occurred on my flights with United.  Fortunately, on my last trip to Mexico, I had grabbed some extra forms at the airport, so I was able to fill it out on the plane.  It seemed that my flight was not the only one that did not pass out the forms.  There were many people frantically filling them out while waiting in line to pass through immigration.

One of the flight attendants on my plane was a very pleasant lady.  When we landed, she announced, "Welcome to Mexico City, my favorite city in the whole world."