On Sunday I headed downtown in the morning to see the "International Day of the Dead Parade" which was scheduled to begin at 2:00 P.M.  I took the subway to the Zócalo, the main plaza, which was to be the departure point for the parade.

On the Zócalo they were in the midst of setting up the "mega-ofrenda".  The "ofrenda", as I have said before, is the altar which families set up in honor of departed loved ones.  The city for some years has been erecting a large-scale display for the Day of the Dead. 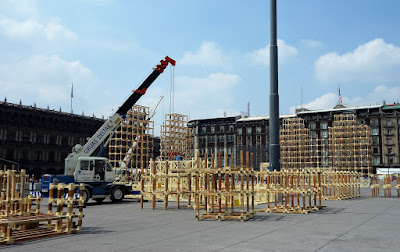 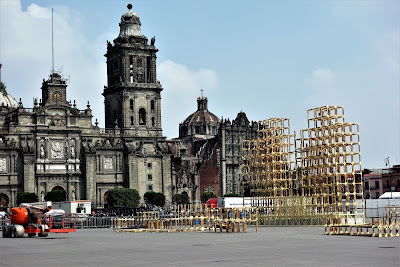 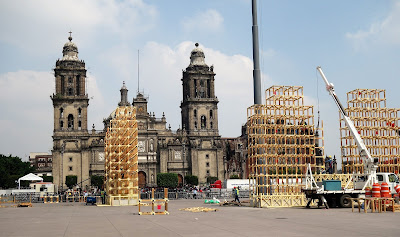 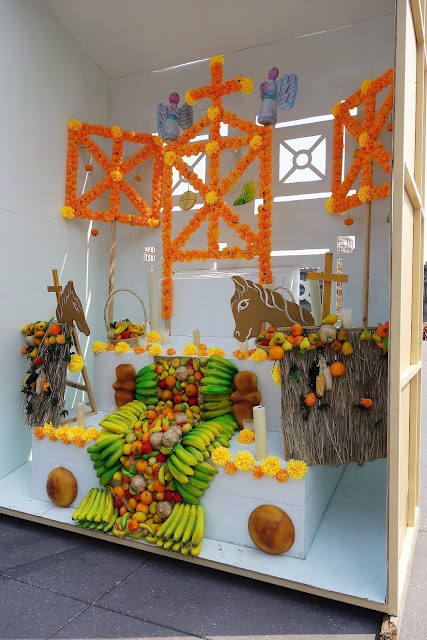 On Pino Suárez, one of the streets emptying into the Zócalo, the floats for the parade were already lined up. 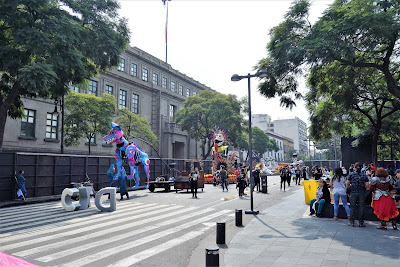 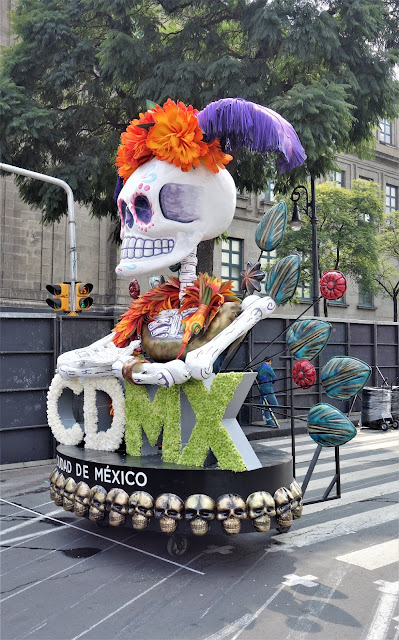 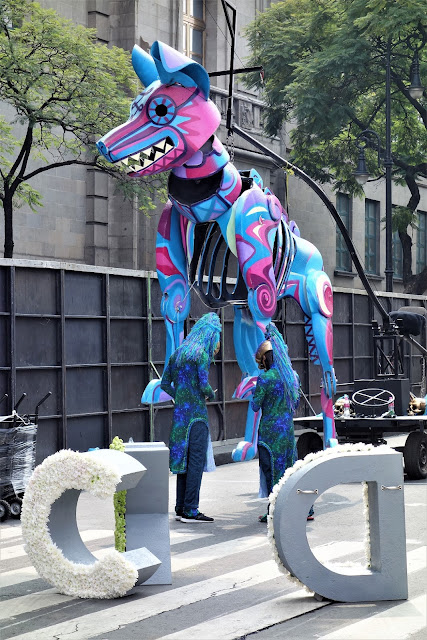 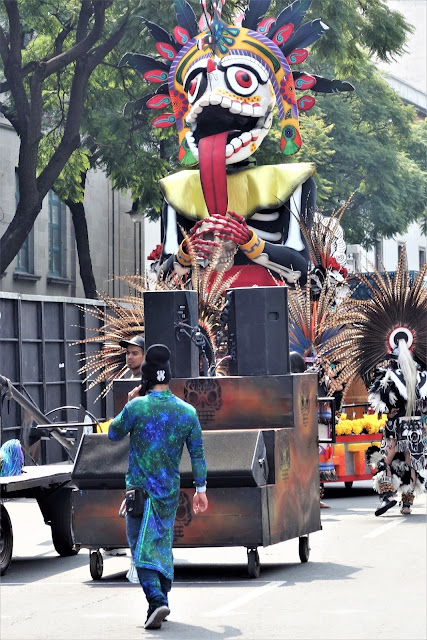 And on 20 de Noviembre, another avenue leading into the Zócalo, there were tents where the participants could change into their costumes. 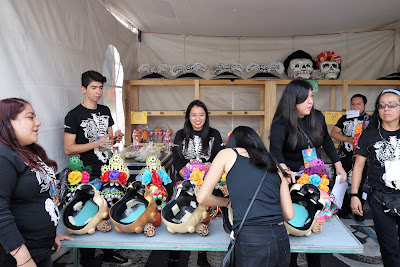 Some were already in their parade attire. 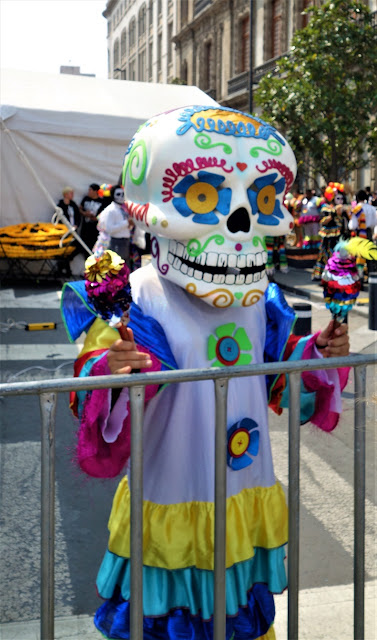 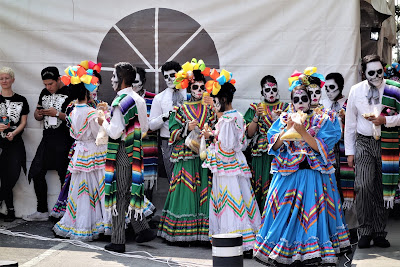 Some were grabbing a bite to eat before the parade. 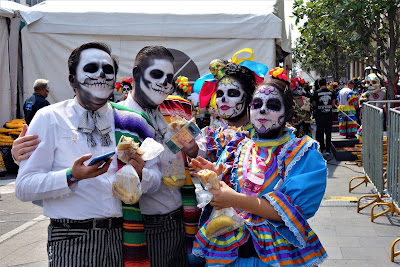 Although it was more than two hours before the parade was scheduled to begin, I headed down Madero Street to find a good spot to view the event. 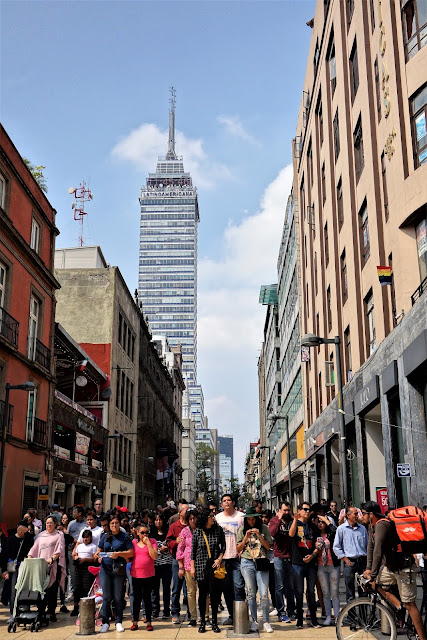