Last weekend was "el Buen Fin", the beginning of the Christmas shopping season and comparable to Black Friday in the U.S.  It was also a three-day holiday weekend, with Revolution Day being observed on Monday.  As a result traffic in the city and heading out of the city was even more chaotic than usual.  So  Alejandro and I decided not to take any excursions.  On Sunday we simply took the "metro" downtown to the city's historic center. 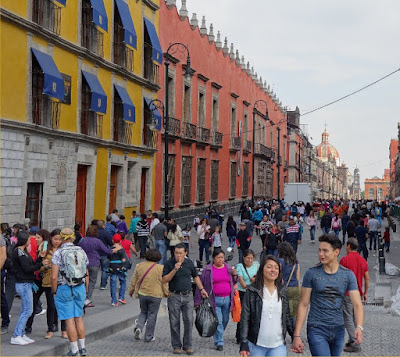 The streets were bustling with people.

The ugly exhibition which had cluttered up the Zócalo, the main plaza, the week before was now gone.  The vast square was now the way it should always be with unobstructed vistas of the Cathedral and the National Palace. 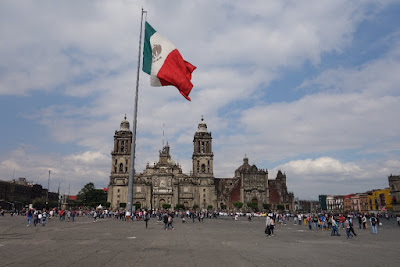 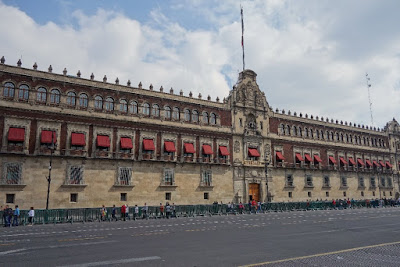 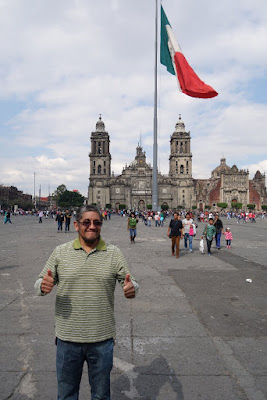 Near the Zócalo is the former Church of Santa Teresa which was built in the 1600s.  It's not my camera angle... the church's tower is decidedly leaning.  Pisa, Italy, has nothing on Mexico City.  Because the city is built on a former lake bottom, many buildings have settled at crazy angles. 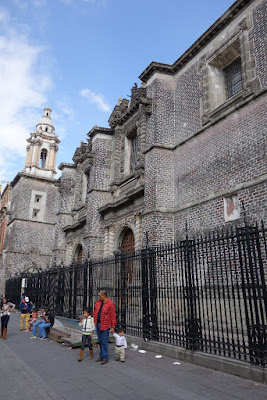 The church is now used as a site for art exhibits.  There was no exhibit going on at the time, but we poked our heads inside to admire the interior. 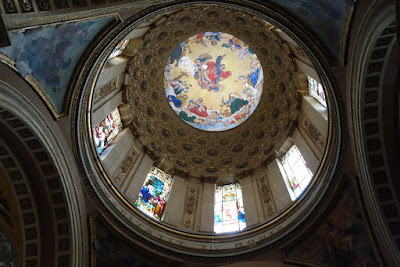 We also visited a small museum that neither one of us had seen before... the Estanquillo Museum.  It is located on the fourth floor of a 19th century building along Madero Street, the principal street in the historic center.  The museum has changing exhibits from the large collection of photographs, cartoons, paintings, and other objects which belonged to journalist Carlos Monsivals.  Since this is the 30th anniversary of the 1985 earthquake, there was a display of photos and other memorabilia from that tragic event. 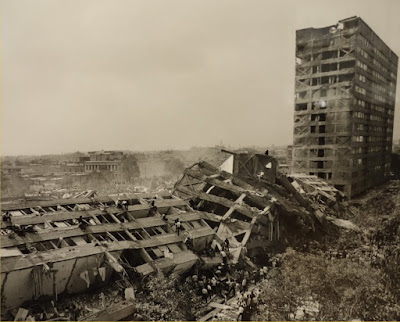 Up another floor from the museum is a rooftop terrace with views of the historic center. 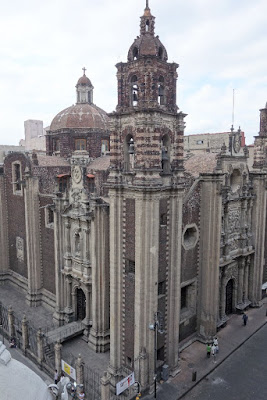 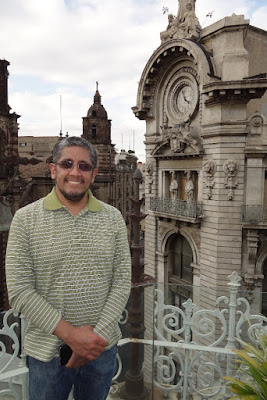 We then went to "El Cardenal" for dinner.  This restaurant, located just a block from the Zócalo is one of our favorites for traditional Mexican cuisine.  Unfortunately it is not open at night, but whenever we are downtown on a weekend afternoon, we make it a point to eat there.

We both started off with a delicious cream of squash soup. 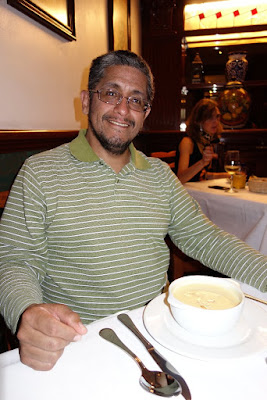 For the main course, Alejandro had lamb in a sauce known as "manchamanteles" (tablecloth stainer)... 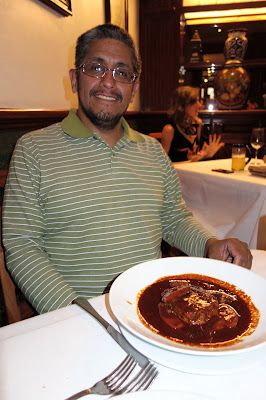 ...and I had a chicken breast stuffed with goat cheese and covered with red "mole". 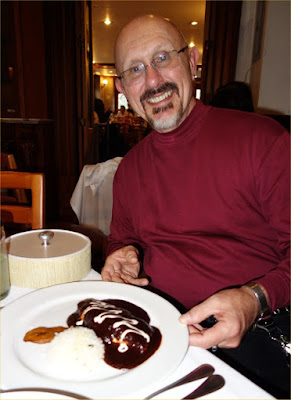 For dessert we both had a crepe filled with cheese and covered with mango and blackberry sauces.   I honestly think it was the most delicious dessert I have ever had in Mexico! 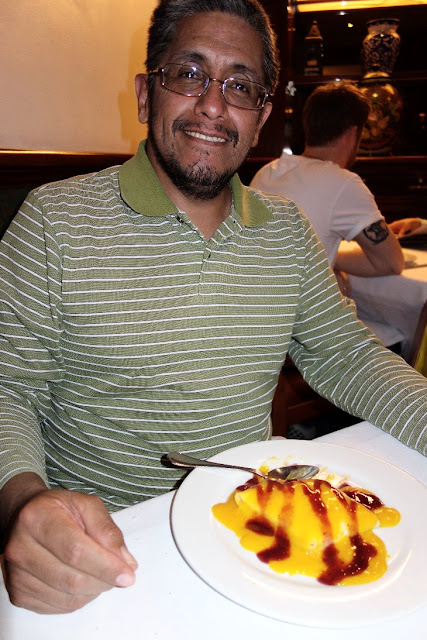 And to make the whole experience even more delightful, at a nearby table there was a family celebrating the birthday of their little son.  A trio of guitarists were serenading them, singing "Las Mañanitas" (the Mexican birthday tune) and traditional children's songs.
Posted by Retired Teacher at 11:49:00 AM