One day during my recent trip to Mexico City, I took a walk from my apartment and photographed some of the changes which are occurring in the city.

Just a short distance away in the neighborhood of Roma Norte is the Plaza Madrid.  In the center of this traffic circle at the intersection of several streets is an exact replica of the Cibeles Fountain of Madrid, Spain.  The fountain was built in 1980 as a gift from Spanish immigrants in Mexico.  In recent visits to Mexico City, I have seen that the plaza has been undergoing a renovation.  That work is now complete.  The fountain's sculptures have been restored, the traffic circle has been repaved and the green space around fountain has been beautified. 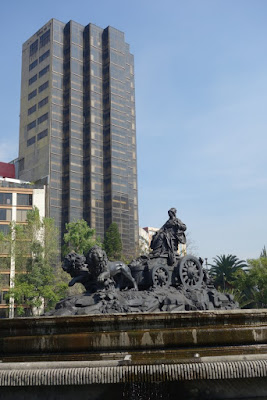 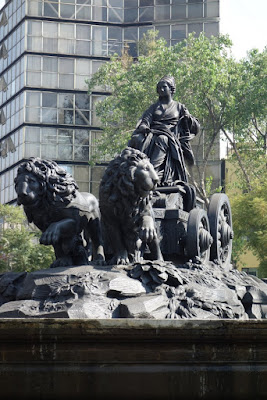 Just a few blocks away is Chapultepec Avenue.  This busy thoroughfare follows the route of an aqueduct which in Aztec times and later in the colonial era carried water from Chapultepec Hill into the city.  A small portion of the colonial aqueduct still stands in the middle of the avenue. 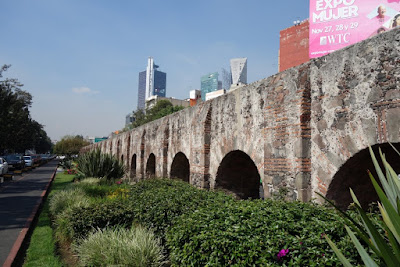 The multi-lane street carries heavy traffic and for pedestrians is a pain to cross.  Plans have been unveiled to create the Chapultepec Corridor. The project would move vehicular traffic to one side, have dedicated bus lanes, create pedestrian green spaces, and even have an elevated pedestrian walkway.
The office building gets its name from the nearby Diana Fountain, which stands in the middle one of the many "glorietas" (traffic circles) which stud the boulevard.  I noticed that the fountain is also undergoing renovation. 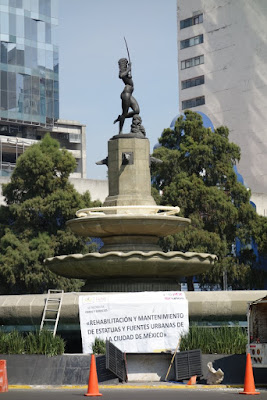 Just down the street, work progresses on the Torre Reforma.  It surpasses its next-door neighbor, the Torre Mayor, which used to be the city's tallest building. 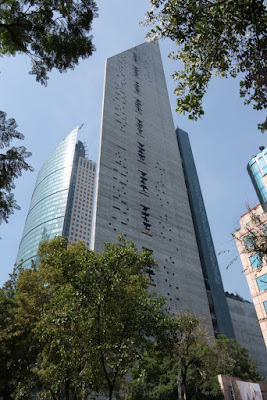 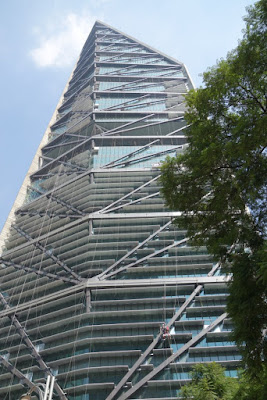 At the base of the Torre Reforma is one of the few remaining mansions which used to grace the boulevard.  It is being incorporated as a part of the entrance to the new office tower. 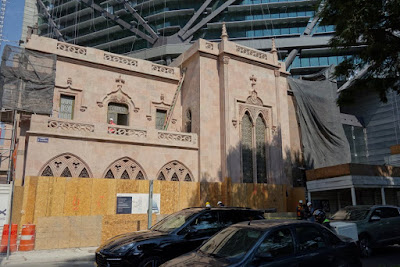 On the other side of the Torre Mayor, it seems that yet another construction project is underway. 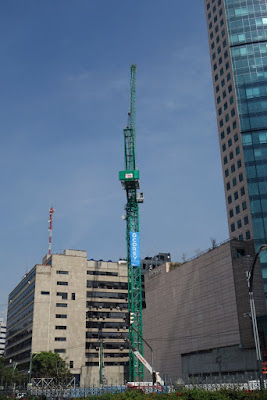 Across the street, the Bancomer Building, the new headquarters of Mexico's largest bank, is finally complete and open for business.  In fact, the inauguration took place while I was down there.  Unfortunately, I didn't know that on opening day the public was allowed to go to the top floor for what must have been a spectacular view of the city. 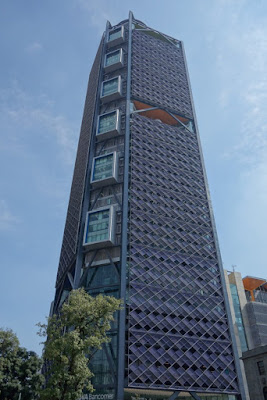 From the terrace of Chapultepec Castle, you can see the changes in the city's skyline.
I took this photo in 2012.  The Torre Mayor dominates the scene.
﻿ 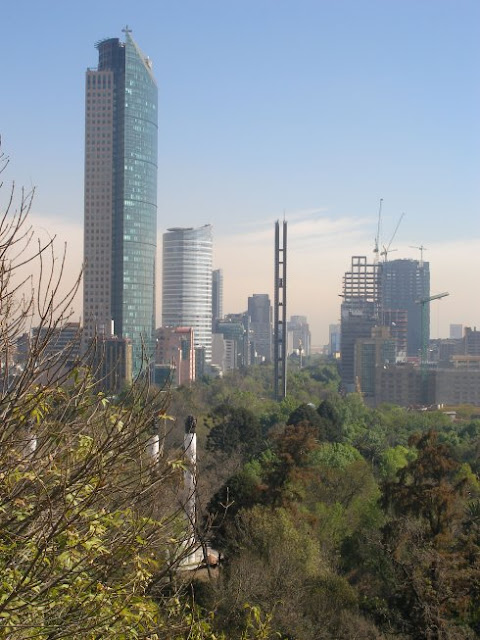 I took this picture earlier this month, and, as you can see, the Torre Mayor no longer stands alone. 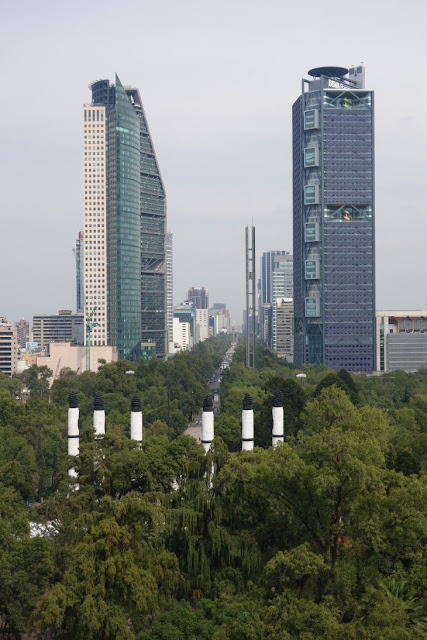