New at the National Museum of Art

Mexico's National Museum of Art is located in a lavish, early 20th century, former government building in the Historic Center. 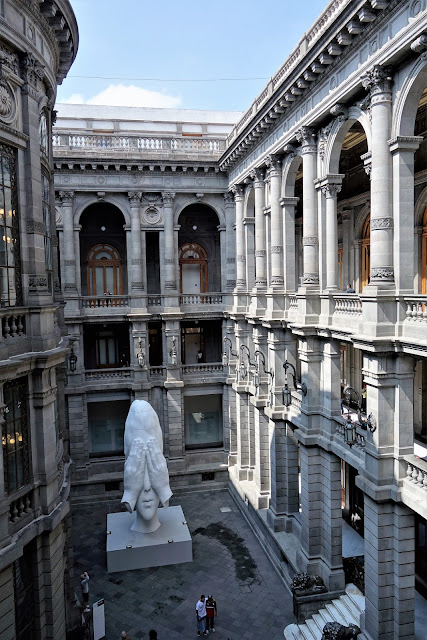 The museum certainly does not rank with places like the Louvre, the Metropolitan, or the Prado, but then how many museums do?  Other than its ornate reception hall, the upper floor holds limited interest for me... galleries full of age-darkened canvases from the colonial era, most of them religious paintings.  The middle floor however contains the gorgeous landscapes of José María Velasco (one of my favorite Mexican painters), some interesting 19th century historical paintings, a sculpture gallery, and galleries which take the story of Mexican art up to the mid-twentieth century.  Those galleries were recently renovated, and were the reason for a visit to the museum last Sunday. 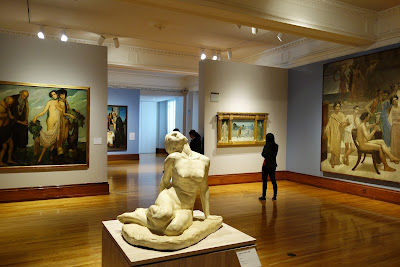 I was quite impressed with the new, expanded galleries.  They have apparently brought many paintings out of storage, since there were many works which I did not recognize from my previous visits.  The big three of 20th century Mexican art, Diego Rivera, José Clemente Orozco, and David Alfaro Siqueiros are better represented, as well as many painters who are lesser known outside of Mexico. 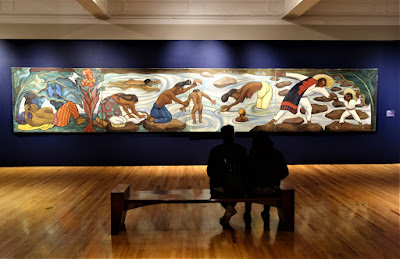 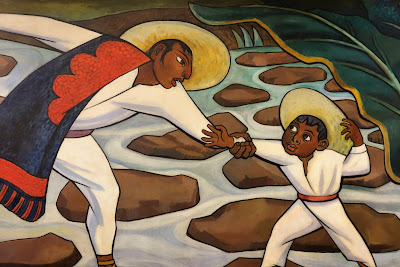 This large canvas, entitled "Juchitán River", was painted between 1953 and 1955 and is one of the last works by Rivera. 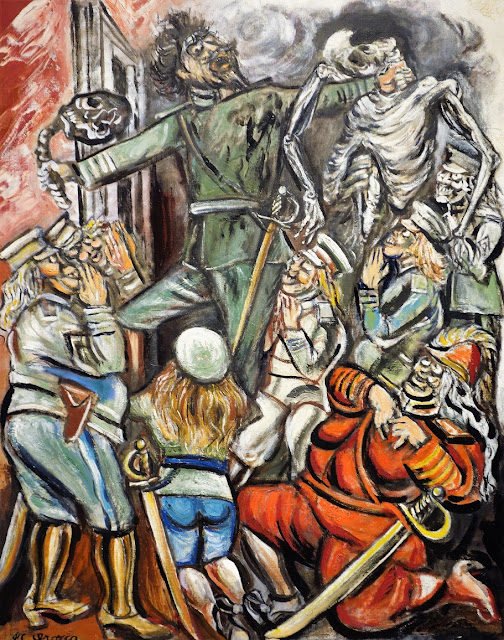 "The Demagogue" painted in 1946 by Orozco 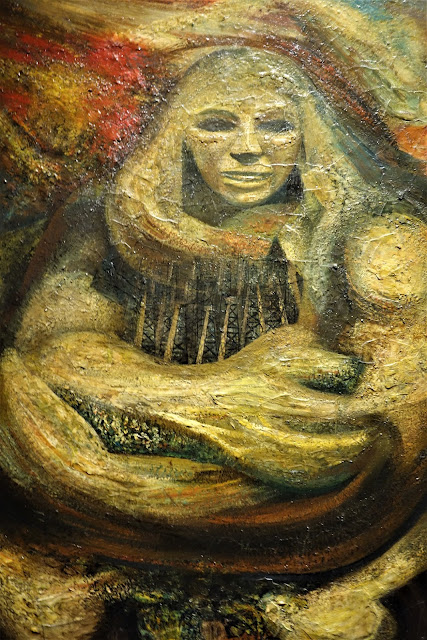 Some visitors may be upset that there is not a single canvas on display by Frida Kahlo.  However there are several paintings by a woman who preceded Kahlo, and who is considered the groundbreaker among female artists in Mexico.  María Izquierdo was the first Mexican woman to gain international recognition and to have her work displayed in the United States.  Sadly, a stroke left her partially paralyzed, and she died a few years later in 1955 at the age of 53. 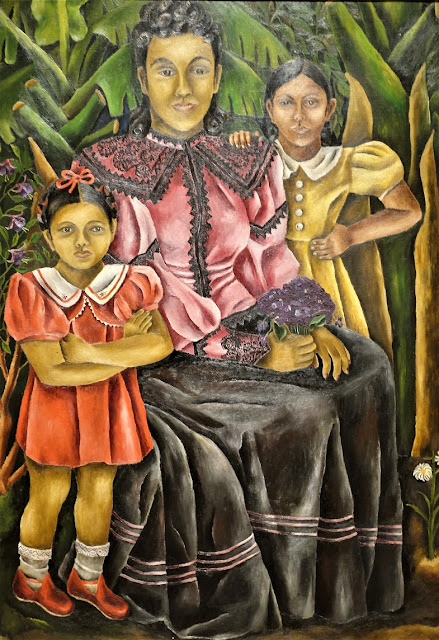