I Let the Parade Pass Me By

On Saturday, November 2nd, the big Day of the Dead parade was held.  I had already seen three parades (or two and a half since I left the Procession of the Catrinas midway because of rain).  The idea of finding a spot along the route two or three hours ahead of time and being part of a crowd of two million people just did not appeal to me.  I felt like doing something more low-key, so I took the Metrobus south to the district of Coyoacán to see what was going on there for the Day of the Dead.

The historic heart of Coyoacán is centered around the Church of San Juan Bautista and two plazas adjacent it. 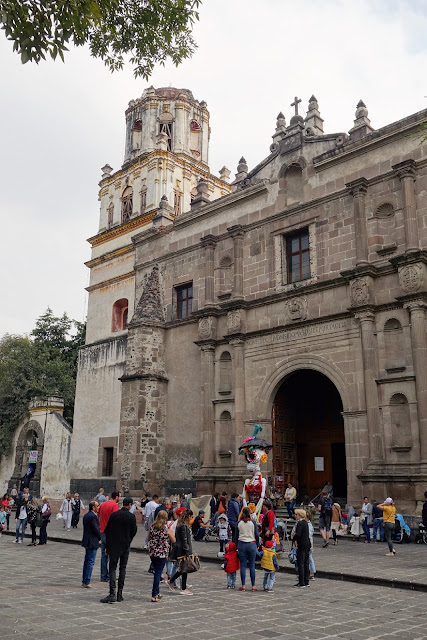 A large "catrina" stood outside the church. 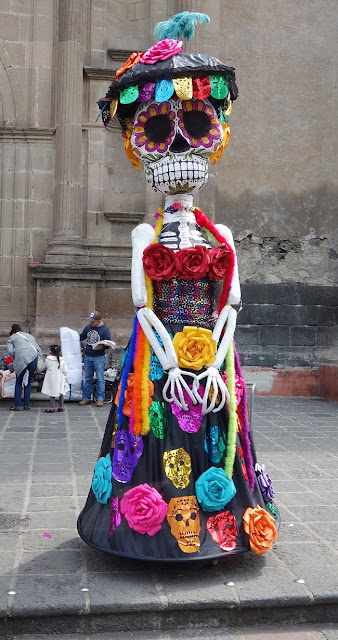 The beautiful church is always worth a visit.  It was built in the late 1500s by the Franciscan order. 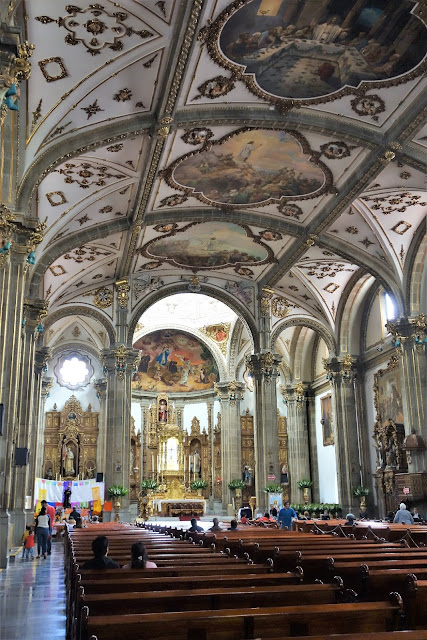 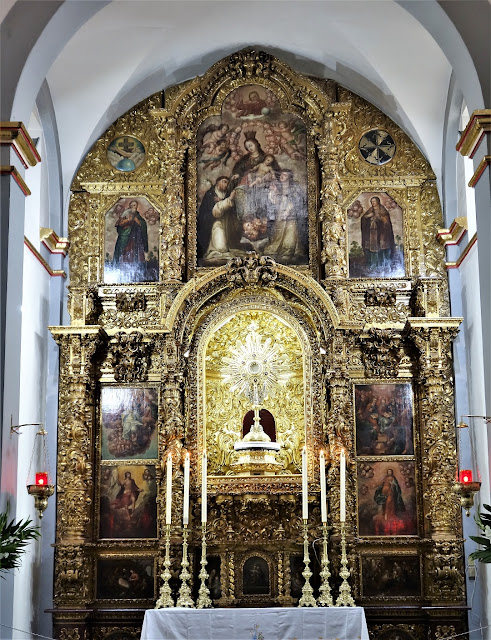 An "ofrenda" had been set up inside the church.  The statue is of St. Francis of Assisi. 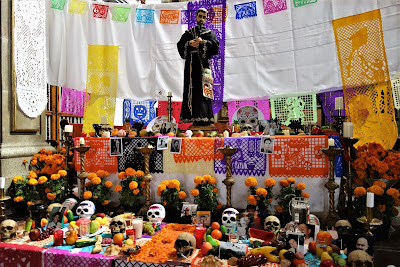 In a tent on one of the plazas there was a display of "ofrendas" from different states of Mexico.

The "ofrenda" from Campeche on the Yucatan Peninsula was loaded with the food to be shared with the visiting spirits.  Included was the "mucbipollo", the traditional dish baked in a banana leaf which I have mentioned a couple times here. 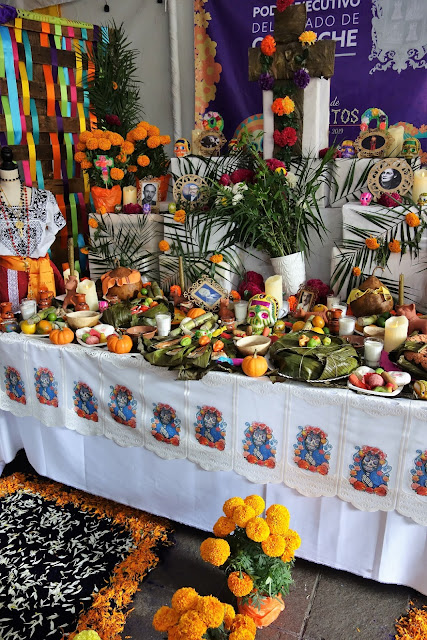 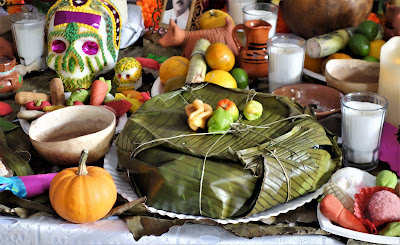 Coahuila honored the Mexican presidents who were born in that state. 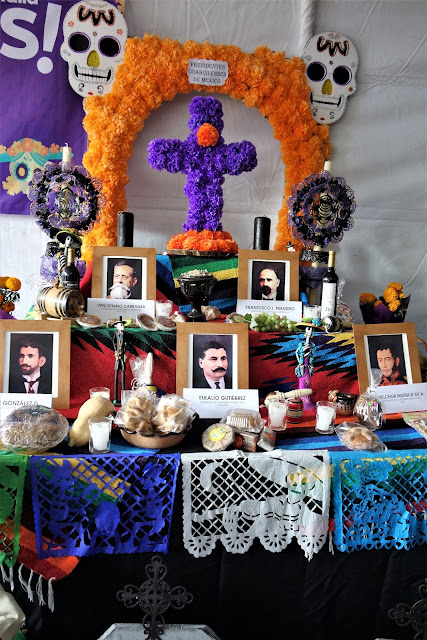 The state of Durango also honored its famous native sons and daughters, including the film actress Dolores del Río and revolutionary Pancho Villa. 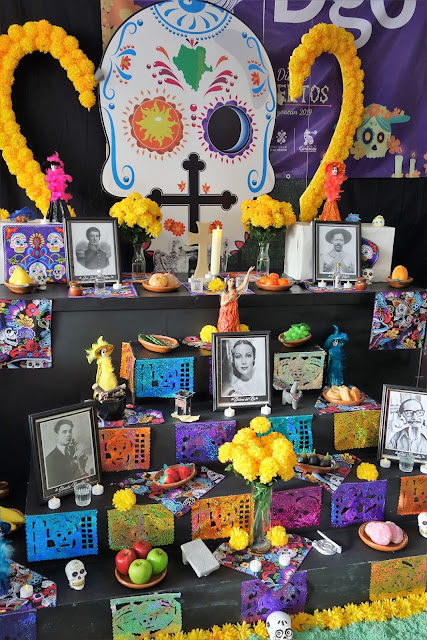 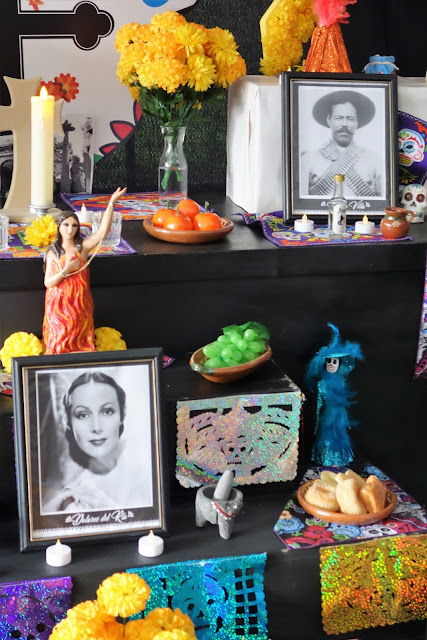 Guanajuato paid tribute to its famous son, the painter Diego Rivera (even though his leftist politics were definitely at odds with the conservatism of that state). 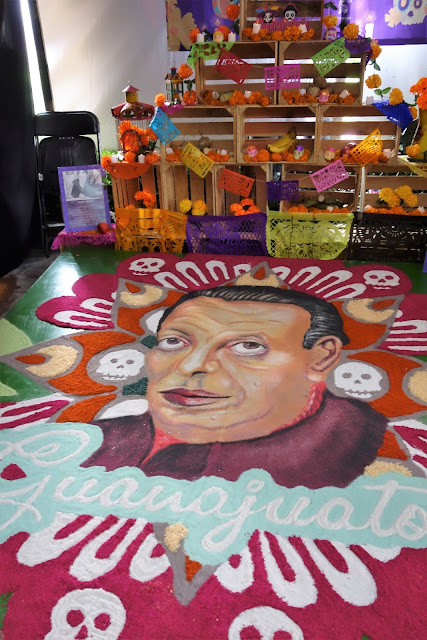 Many of the streets in the center of Coyoacán were closed to traffic.  Vendors set up their stands selling food and handicrafts… or they just spread out their merchandise on the pavement. 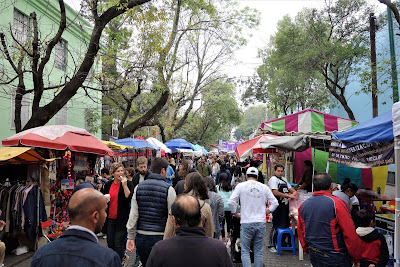 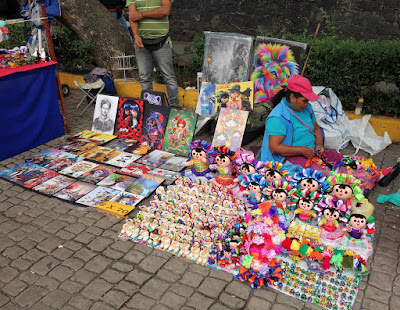 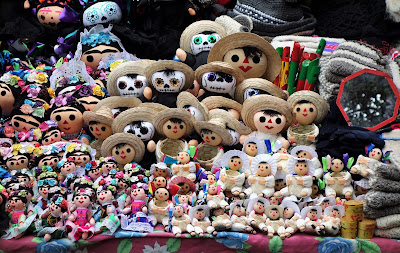 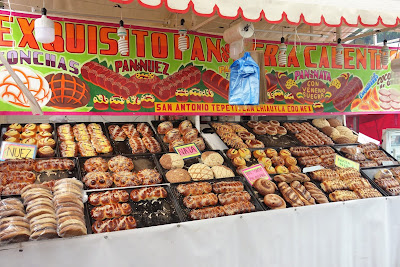 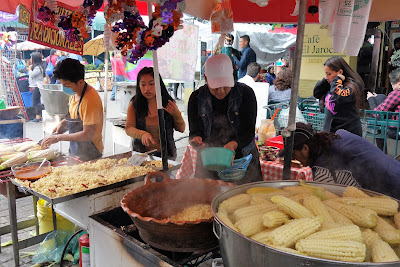 Alejandro had once told me about the vendor of "tamales" next to the church, so I ordered a "tamal chiapaneco", a specialty of the state of Chiapas. 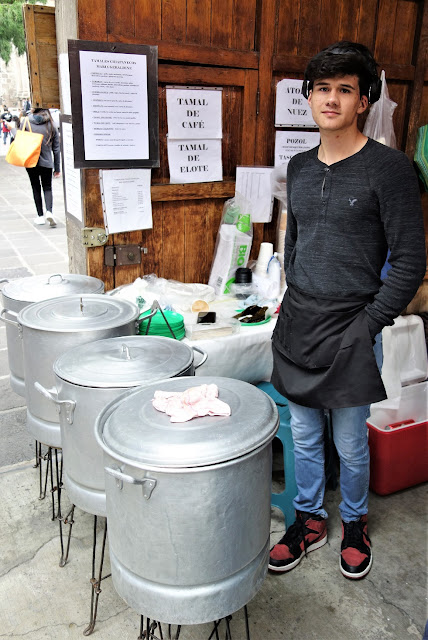 The "tamal" is filled with what might seem an unusual combination of ingredients... chicken, "mole", almonds, prunes, olives, raisins, and bell pepper... but it is truly delicious.

The day was overcast and chilly, but the atmosphere was lively and festive without being oppressively crowded.  It was a pleasant alternative to the colossal crowds along the parade route.
Posted by Retired Teacher at 7:40:00 AM