Yesterday I strolled along the streets and through the riverside parks of Burgos one last time before I had to go to the train station. 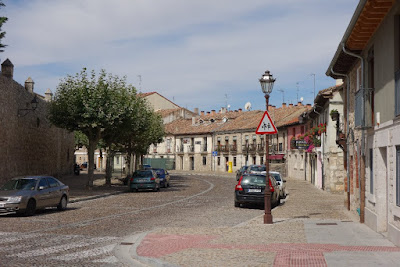 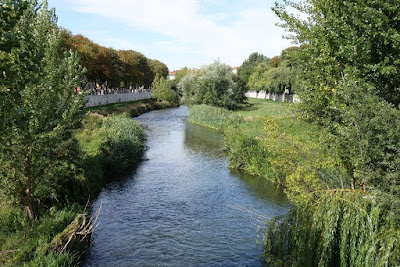 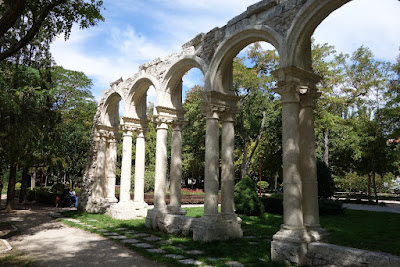 My train left promptly at 3:25 PM.  However it arrived at my destination of León a half hour late.  For some unknown reason there was one stretch of the journey where the train went very slowly.  But it was still a very pleasant two and a half hour ride.  The train passed through agricultural lands of the Spanish plateau.  Most of the fields were tan stubble where the grain had already been harvested.  The fields of sunflowers were no longer the bright expanses of yellow they are earlier in the year.  Their blossoms were now spent, and the black seed heads drooped sadly.  Little towns huddled around the towers of old churches.  On the horizon were the mountains that stretch along Spain's northern flank.

I arrived in León around 6 PM.  The temperature was much warmer than it had been during my three days in Burgos.  I took a taxi to my hotel... part of the Eurostars chain.  The room is pleasant, modern and clean, but I was surprised by how small the room was.  I have stayed at a Hotel Eurostars in Mexico City a number of times, and the rooms there are huge. 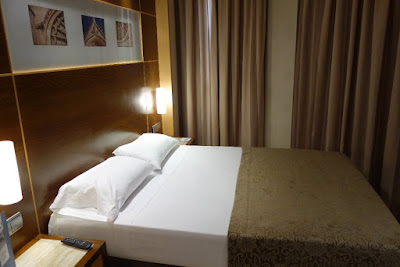 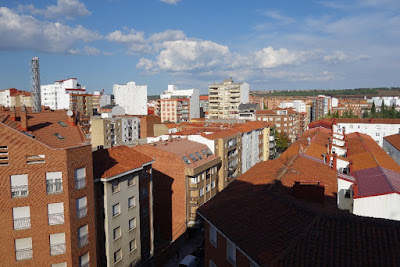 The view from my window

After settling into my room, I did a bit of exploring of the city.  The hotel is located on a modern shopping street...  a huge "Corte Inglés" Department Store is just a block away.  My first impression of the city is that it is less tourist oriented than Burgos... that it is a sizable city with a life of its own.  Just a short walk from the hotel however is the historic center... a maze of narrow, pedestrianized streets where I will be doing most of my sightseeing. 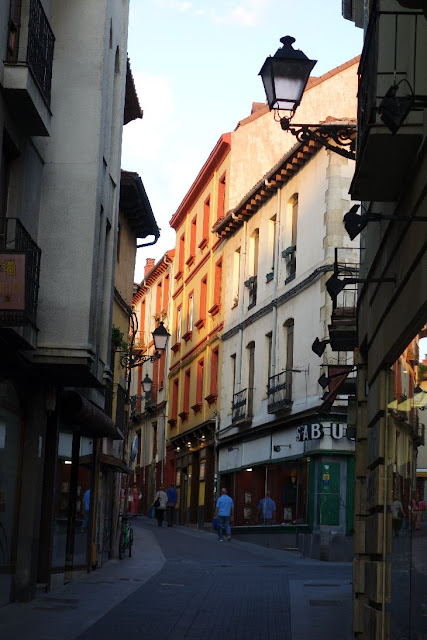 It's time for me to have some breakfast and head out discover the sights of León.
Posted by Retired Teacher at 2:39:00 AM