Not to be Missed in Valladolid

Valladolid is a large, industrial city that is not usually visited by foreign tourists.  However it is a very historic city... for a few years in the early 1600s it was even the capital of Spain.  There are a still a few places in the city which make it worth a day of sightseeing.

The most important sight to see in Valladolid is the National Museum of Sculpture.  It is housed in the fifteenth century School of San Gregorio... an outstanding work of architecture. 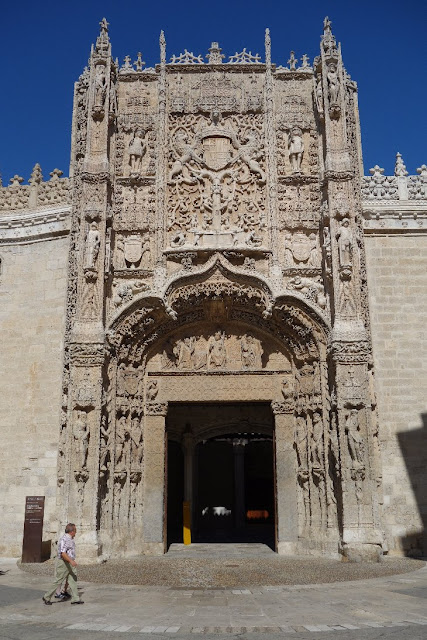 The building was constructed in the ornate Isabelline Gothic style... so named because it was popular in Spain during the reign of Queen Isabella.  (if you don't see much difference between Isabelline Gothic and the "plateresco" style I talked about a few days ago... that's OK.  Neither do I.) 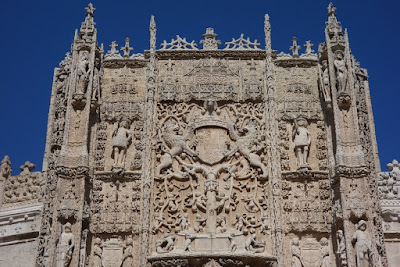 The main courtyard of the building... 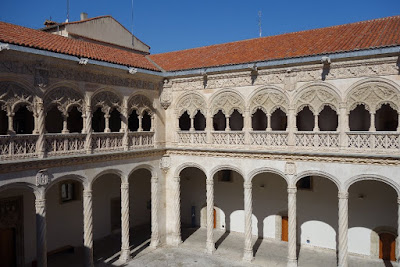 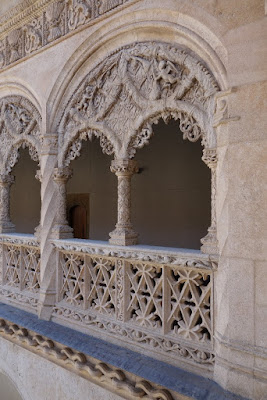 One of the stairwells... 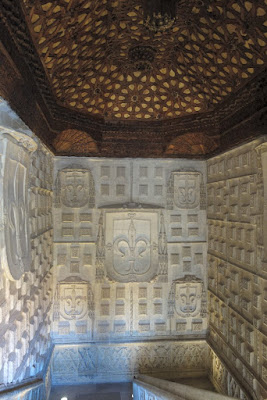 The museum contains sculpture dating from the fifteenth through the seventeenth centuries.  Most of it is religious art, and much of it was rescued from monasteries that were confiscated by the government in the1800s.

Even if you are not religious, you cannot help but be amazed by some of the displays in this museum.

The monastery of San Benito, which was located in Valladolid, had an enormous altarpiece done by one of the leading sixteenth century sculptors.  It takes three rooms to display the pieces that survive from this altarpiece. 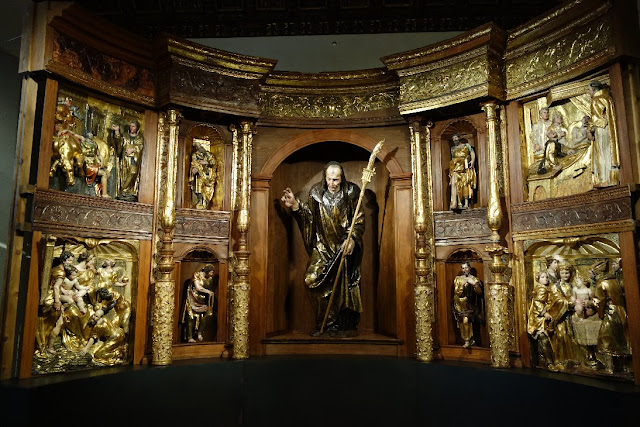 To give you an idea of the scale of these pieces, the image of San Benito, in the center, is much larger than life size.  Being able to see these sculptures close up and at ground level, rather than high up on the church altar, enables you to better appreciate the sculptor's artistry 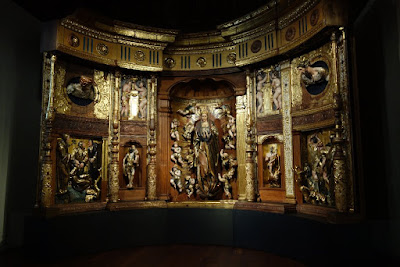 Also saved from the monastery of San Benito are the choir stalls, a masterpiece of woodcarving. 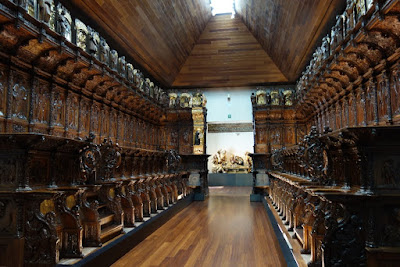 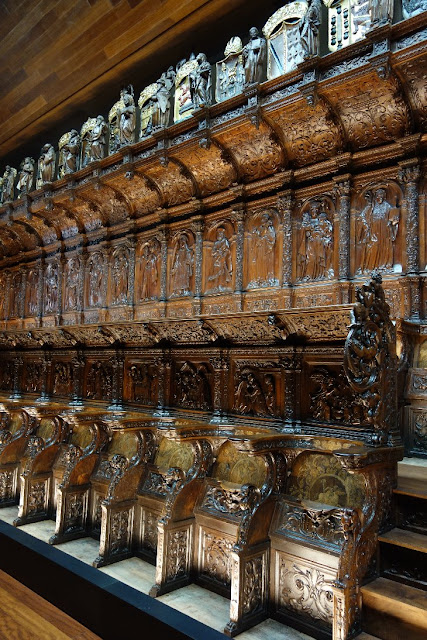 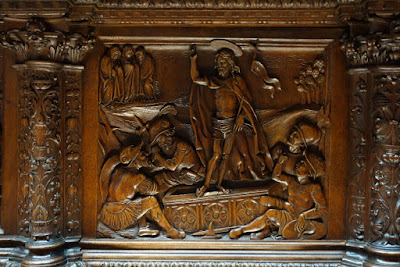 As you go through the museum, be sure to look up.  In many of the rooms there are beautiful ceilings, which were either the original ceilings of the School of San Gregorio or which were brought to the museum from other buildings. 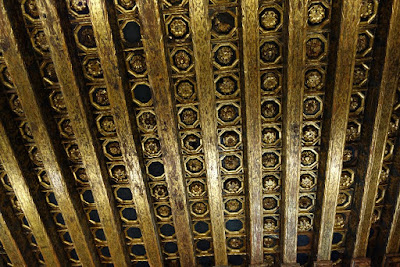 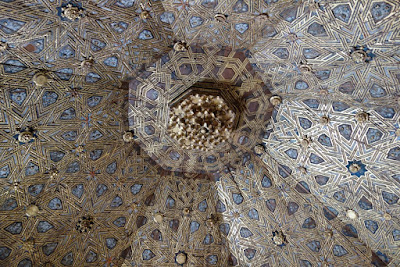 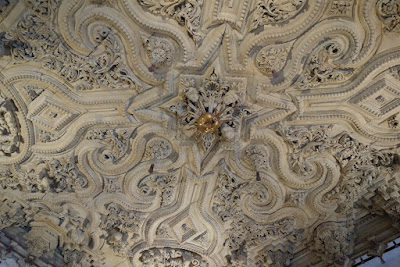 This museum definitely makes the city of Valladolid worth a visit!

As a side note, I asked one of the guards a question about an altarpiece.  He was very kind and started giving me all sorts of information.  However his Castillian accent was sooo thick that I could hardly understand a word that he was saying.  He went on and on, and I just stood there and nodded.  When it seemed that he was finally finished, I smiled, said "Muchas gracias", and continued to the next room.

I usually don't have that much difficulty with the Castillian accent; in fact I rather like it.  At first I thought he might be speaking with a Galician accent, because I do find that accent very hard to understand.  But as he continued talking, I could tell he wasn't Galician, and I was catching the "th" sound, sort of like lisping, that is characteristic of Castillian.

Oh well, it's sort of like when we watch BBC dramas, and struggle to understand some of the thick British accents.
Posted by Retired Teacher at 11:53:00 AM