This morning I went to see La Cartuja de Miraflores, a fifteenth century monastery of the Carthusian Order located about three miles away on the outskirts of the city.  I had planned to take a taxi, but I didn't see any on the streets or even at the taxi stands (perhaps because it was a Sunday morning).  I ended up walking the entire way... a hike of about one hour. 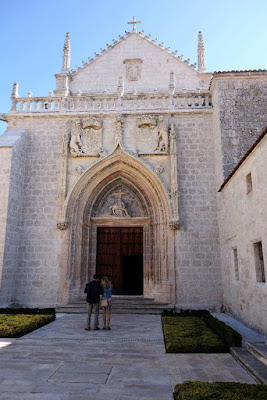 The monaastery was founded in 1442 by King Juan II of Castille, but the buildings and their decoration owe much to the patronage of Juan's daughter, Isabel la Católica.  (We know her as Queen Isabella... you know, the monarch who sent Columbus across the ocean blue.) 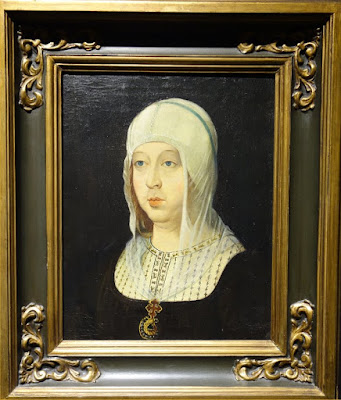 Portrait of Queen Isabella in the monastery

The monastery is still the home of twenty Carthusian monks who live a life of solitude and silence.  Because of this, only the church is open to visitors.  But what a church it is!  It was worth the long walk.

The high altar is an incredible work of art done by the famous sculptor Gil de Siioé.  It was completed in 1499. 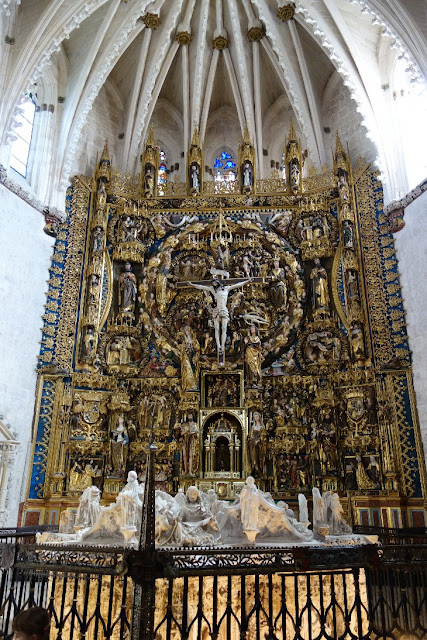 The central figure of Christ on the cross is surrounded by a circle of angels. 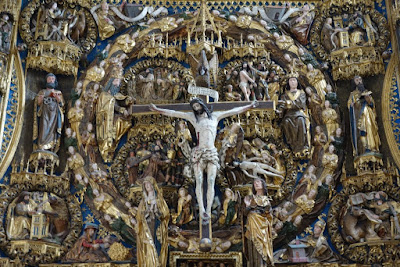 The rest of the altar is filled with carvings of Biblical scenes and saints. 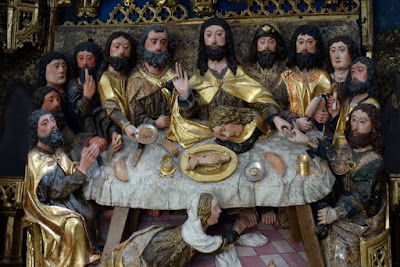 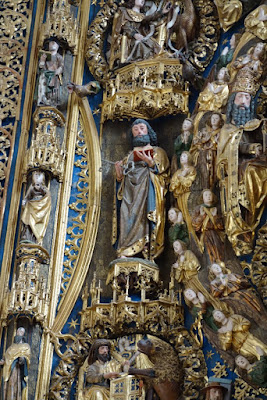 In the lower corner Queen Isabella is shown in prayer. 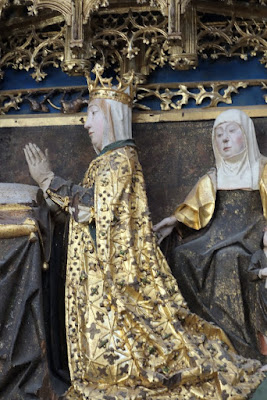 In front of the altar is the tomb of Queen Isabella's parents, King Juan II and his second wife, Isabel of Portugal.  The tomb is covered with intricate carvings. 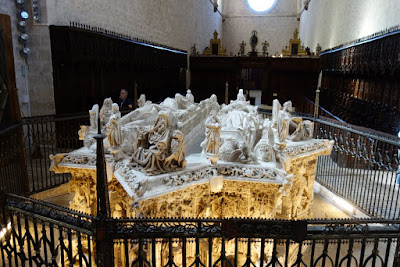 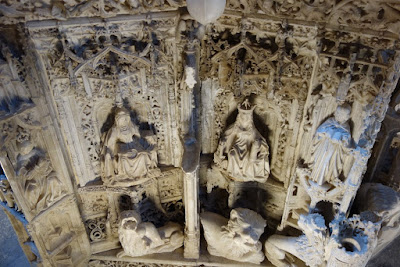 From the side you cannot really see the recumbent figures of Juan and his wife.  A photo taken from above is displayed to give visitors a view of the royal couple. 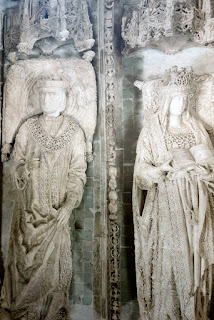 On the side of the church is the tomb of Prince Alfonso, the younger brother of Queen Isabella.  He died as an adolescent. 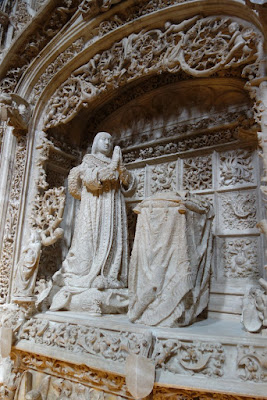 Both of the royal tombs were also carved by Gil de Siloé.

Now for something COMPLETELY different.  In the afternoon I went to the newest museum in Burgos.  Its theme is something you would never expect in this medieval city, and it would certainly meet with the disapproval of the creationist crowd.  It is the Museum of Human Evolution. 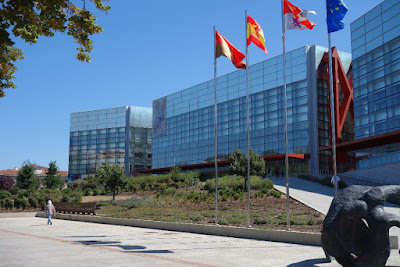 So, why is this museum here in Burgos?  The caves of the nearby Atapuerca Mountains have been inhabited by human ancestors for hundreds of thousands of years.  Scientists have found remains that date back more than one million years... the oldest hominids to have lived in Western Europe.

The museum has some interesting exhibits, including artifacts found in the caves.  But there seems to be a lot of empty space in this large building.  I'm not sure that it is worth the 6 euro admission. 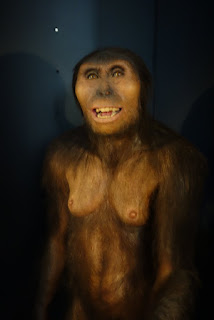 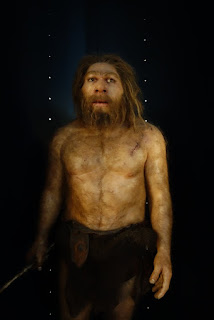 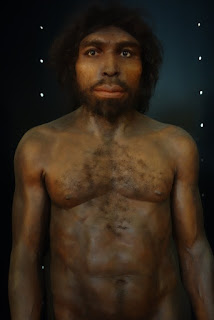 It is time to say good-bye to Burgos.  Tomorrow I will take the train on to another historic city... León.
Posted by Retired Teacher at 4:23:00 PM