An Evening in the "Wet District"

Last night, my last night in León, I wandered around that portion of the old town which is known as "El Barrio Húmedo"... loosely translated as the "Wet District".  This maze of narrow streets and little plazas is filled with restaurants and bars. 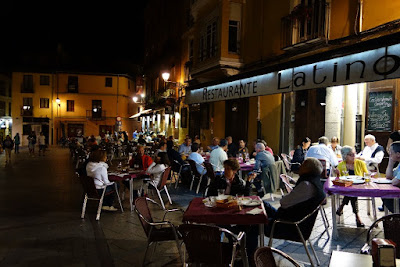 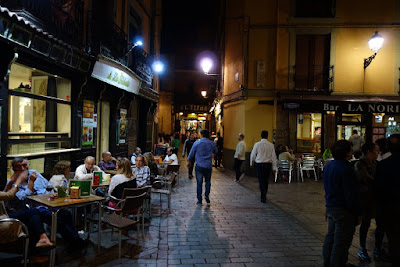 Granted, it was a week night, but it seemed that by 10 PM this hub of nightlife was starting to wind down.

I sat down at a table of one of the "tapas" bars for a bite to eat.  I ordered a sangría and a serving of ham croquettes. 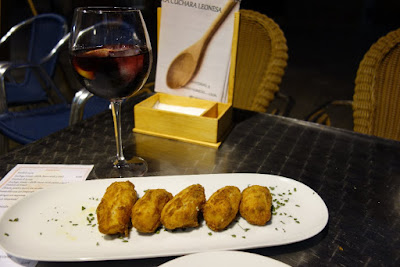 The sangría was a bit too sweet.  The croquettes were OK, but I have had better.  I'm just not having luck picking places to eat on this trip!

The waiter, however, was very affable, and when I asked him about the origin of the neighborhood's name, he explained that there are three theories.  The first is that it's called the "Wet District" simply because there is so much drinking going on in the area's more than 100 bars.  The second, the one I like the best, is that in the old days carts would carry large, uncovered vats of wine to the bars.  As the carts traveled over the bumpy cobble-stone streets, the wine would slosh out of the containers and wet the streets.  The third, more mundane theory, is that due to subterranean rivers under the neighborhood, the streets flood easily during the autumn rains.

This afternoon I left León on the train to Valladolid.  It was a two hour trip, and there were very few passengers.  I don't think that there were more than a half dozen people in my car. 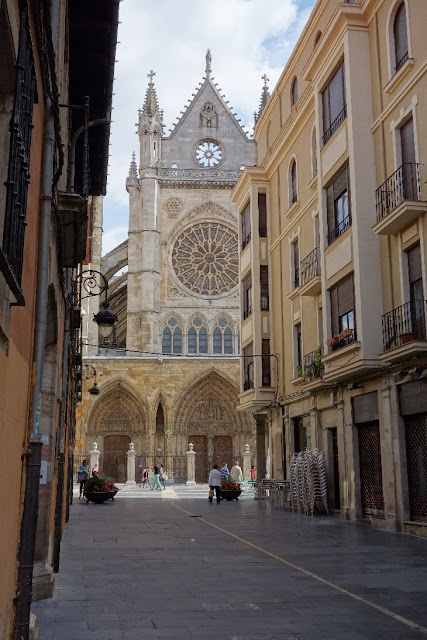 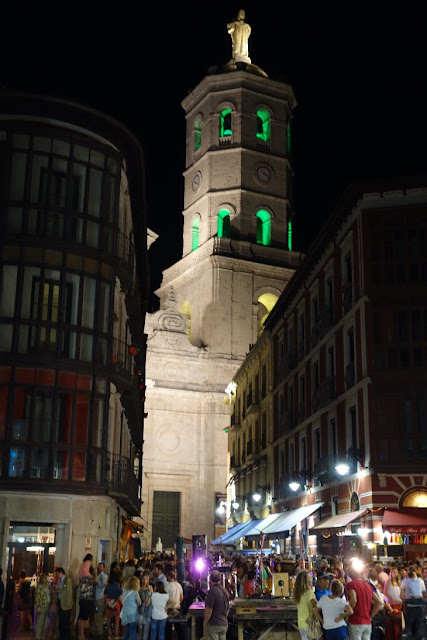 ...where they are celebrating a "fiesta" this week!
The town is really hopping!
Posted by Retired Teacher at 5:45:00 PM