My Last Day in Munich

A week ago today my trip was coming to an end.  It was my last day in Munich.  It was a gray, chilly day.  Originally I had thought about visiting the Olympic Park, but this was the type of day that was best spent in a museum.  However, most museums are closed on Mondays.  Looking through my guidebook I saw that the Deutsches Museum was open daily.  It is supposedly the world's largest museum of science and technology, not exactly my cup of tea, but I figured that I might as well check it out.

I put on my rain jacket, grabbed my umbrella, and walked across town to the Isar River. 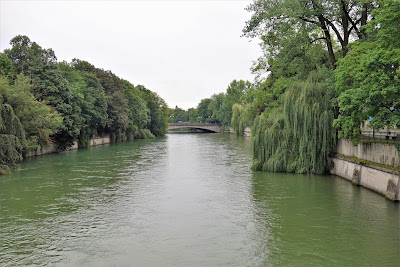 The museum is located on an island in the middle of the river.  I had to stand in line for about 20 minutes for a ticket.  This was the first time on the trip that I had a long line to enter an attraction. 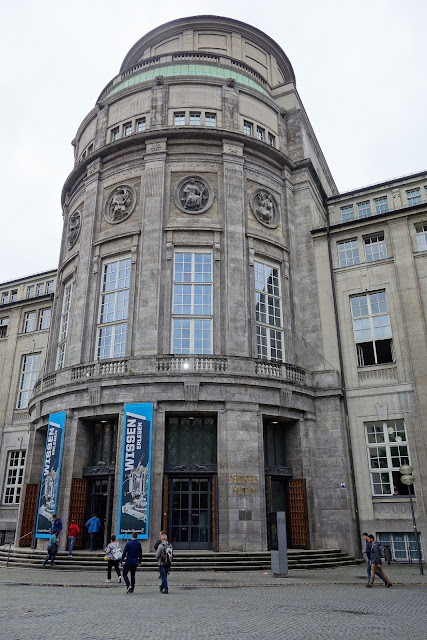 There was much that was of little interest to me.  I passed by rooms filled with power tools and machinery.

The aviation exhibit included an early airplane of the Wright Brothers. 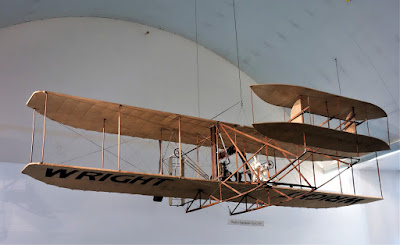 They also had an example of the kind of plane flown by Baron von Richthofen ("the Red Baron") during World War I. 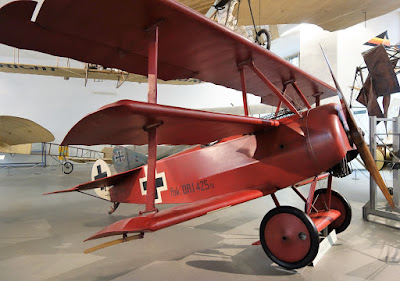 I thought the exhibit on mining in the basement might be interesting, but the endless stretch  of tunnels proved to be wearisome. 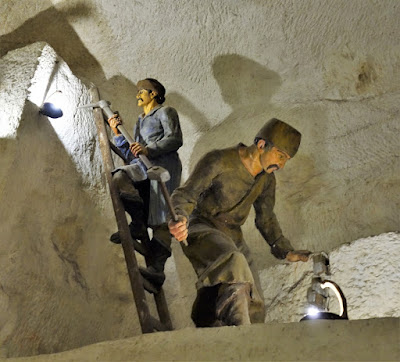 Recreation of a salt mine

Heading to the upper floors, I found some exhibits that were more interesting for me.

There was a glassblower at work, which is something that I have always found fascinating. 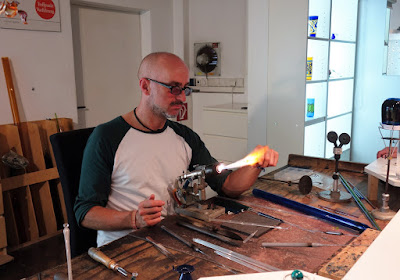 His beautiful work was for sale.  I did buy one very small item that I figured would make the journey home without breaking.  (Obviously not the glassware pictured below.) 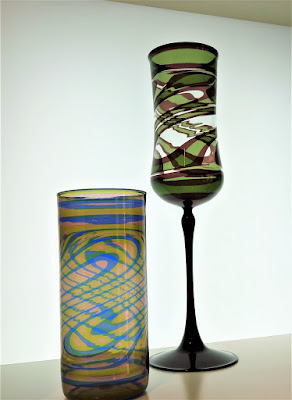 The kid in me enjoyed the displays of technical toys. 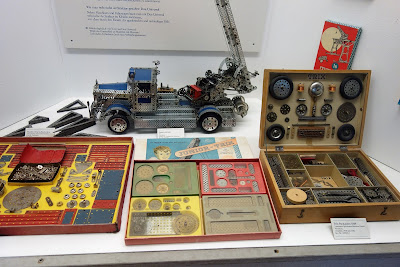 An early German version of our "Erector Set". 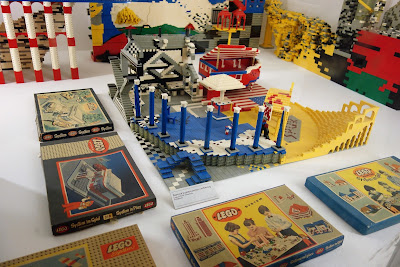 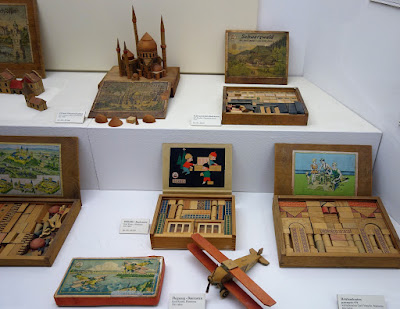 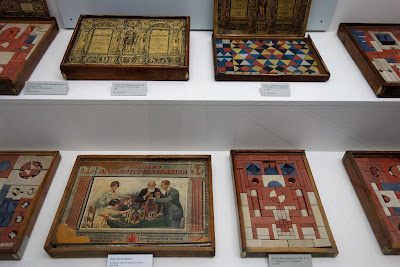 I was a geography teacher for a while, as well as a Spanish teacher, so the cartography section was interesting to me. 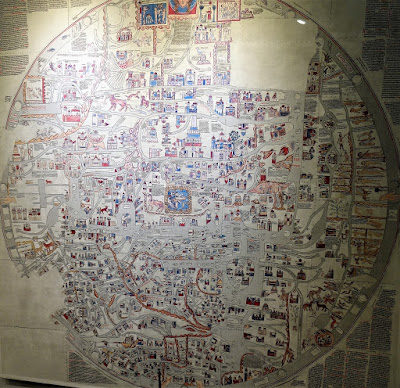 A reproduction of a world map from 1239 places Jerusalem at the center of the world. 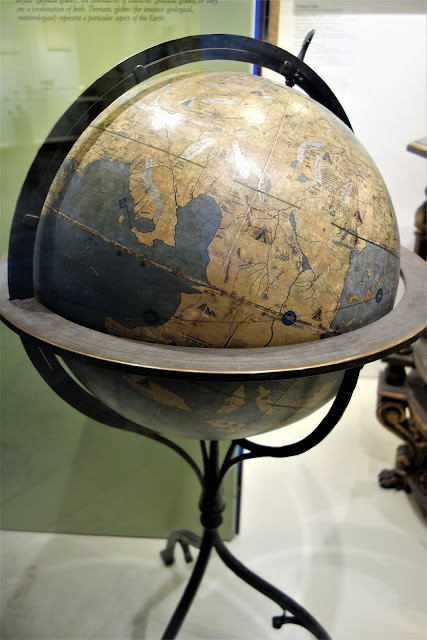 This is a reproduction of the oldest known globe of the earth.
The original was made in 1492 in Nuremburg, Germany.

There were several screens with live weather satellite images. 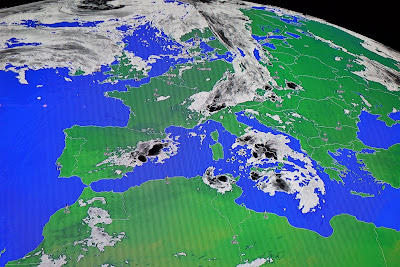 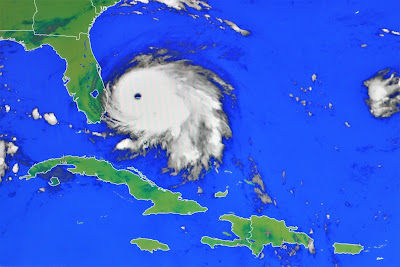 And Hurricane Dorian was battering the Bahamas.

After several hours at the Deutsches Museum, it was time to return to my hotel and pack my bags. 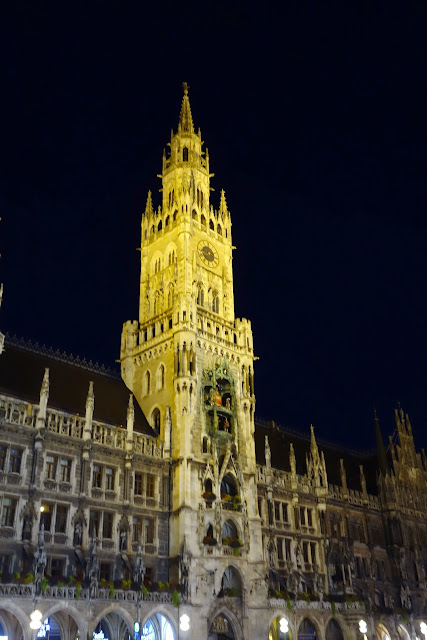 Farewell to Munich
Posted by Retired Teacher at 10:11:00 AM