Yesterday I was up at 4:30 A.M. Munich time (10:30 P.M. Monday, Cleveland time) for my journey home.  I took the subway to Munich airport, a 45 minute ride.  Because I was traveling business class I was able to relax and have breakfast in the Lufthansa lounge while awaiting my departure time. 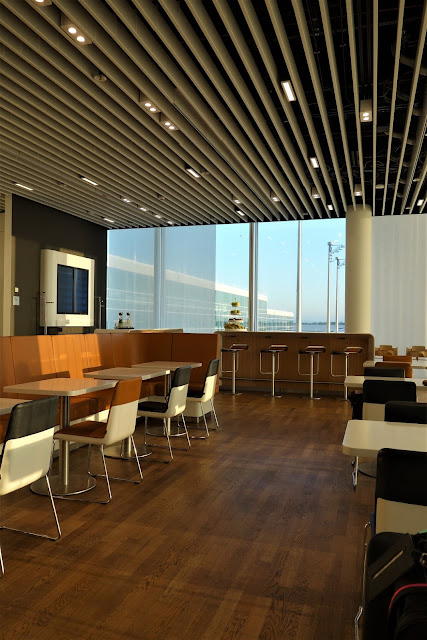 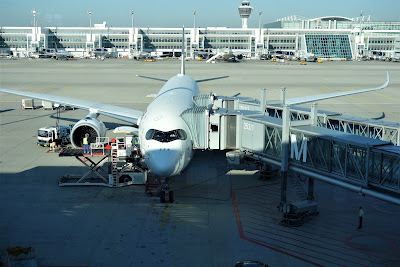 Business class on Lufthansa was of course a very pleasant way to make the long journey, although I thought that the service on Swiss International Airlines on my way to Europe was better.

When I fly, I usually reserve an aisle seat, but since I was going to be in the much roomier business class, I chose a window seat. 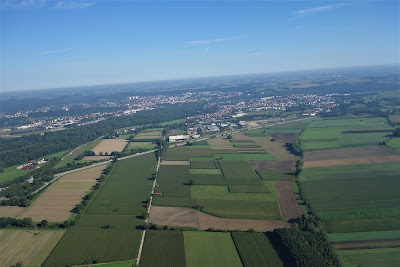 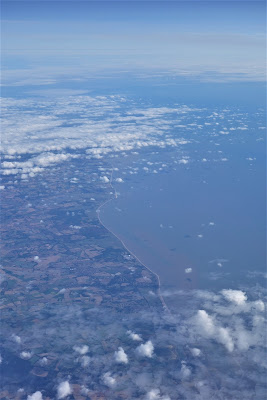 The coast of England

As we headed in a northwesterly direction toward Scotland, the clouds thickened.  There was nothing to see until we reached the eastern coast of Greenland where the cloud cover broke long enough for a few photos of that ice-covered island. 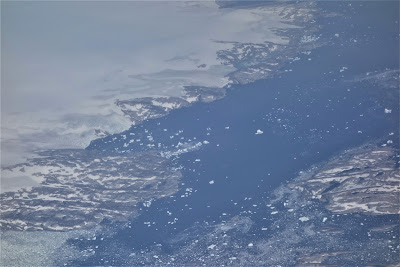 Notice the icebergs in the water. 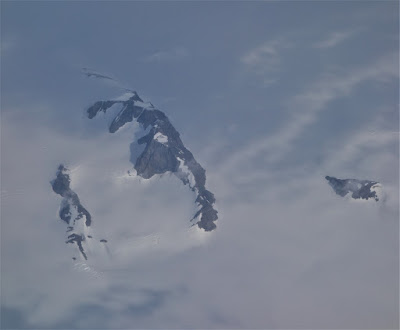 A few rocky peaks poke above Greenland's ice cap.
I wonder if some years ago, those peaks might have been covered in ice.

Before we reached Greenland's western coast clouds once again obscured the view.  It wasn't until somewhere over the vast, empty spaces of northern Canada that there was anything to see. 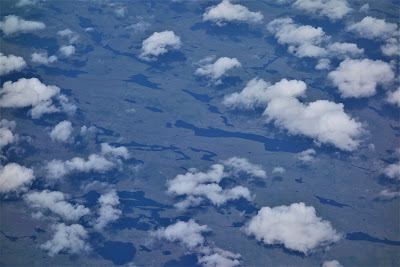 Finally the appearance of roads far below gave evidence of human habitation... sparse though it may be 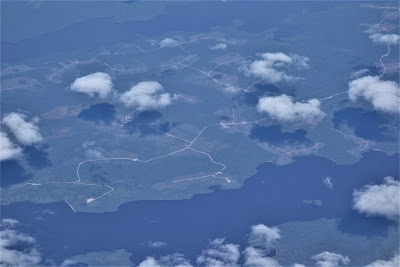 After a nine hour flight, we finally arrived at Chicago. 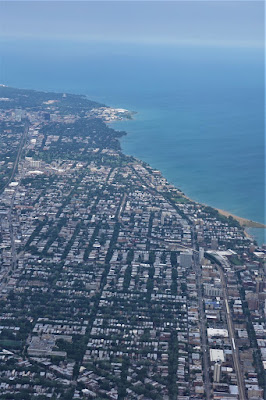 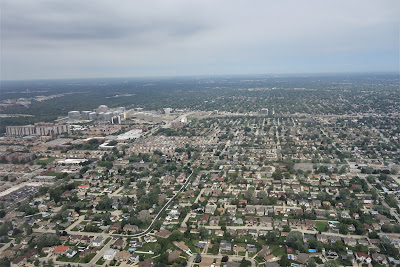 People always complain about O'Hare Airport, but I have never had any problems the many times that I have flown through Chicago.  This time however it was a madhouse.  I don't know if was because it was the day after a holiday weekend or because of flight disruptions due to hurricane Dorian, but going through immigration and security took much longer than in previous trips through here.

I always allow a long layover between flights, but this time it was even longer than normal because my flight to Cleveland was delayed by more than an hour.

On my short connecting flight home I got some dramatic photos of the clouds in the early evening light. 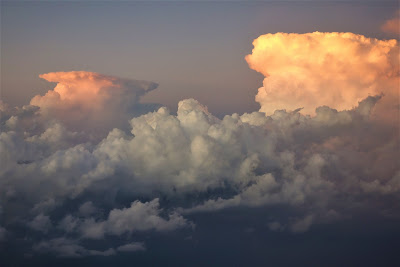 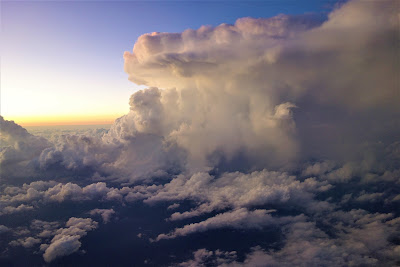 After being awake for more than 24 hours, at last in my house.

I still have more post to write about my time in Bavaria.
Posted by Retired Teacher at 11:41:00 AM