Germany is not all schnitzel and "oom-pah" music.  There is the dark side, the horrific era of Nazism and the Holocaust.  Now, more than ever, with the turn toward the right wing in many countries, and hate groups crawling out from under their rocks, it is important not to forget the lessons from the not-so-distant past.  So, a week ago today, a took a short train ride from Munich to Dachau, the site of the first Nazi concentration camp.

It is located ten miles from Munich, and was established shortly after Hitler took power in Germany.  It operated from 1933 until it was liberated by the Allies in 1945.  It was first used as a camp for German political prisoners... Communists and Socialists who opposed the Nazi regime.  After 1938 Jews were brought to the camp.  After World War II began, and German troops occupied other nations, Poles, Czechs, Russians and other nationalities were interned.  Homosexuals, Jehovah's Witnesses, Romani (gypsies) and other "anti-social" groups were also imprisoned.  It is estimated that during the twelve years of its existence more than 200,000 prisoners passed through Dachau.  It was primarily a forced labor camp rather than an extermination camp.  Nevertheless at least 30,000 prisoners died here from malnutrition, disease, suicide, gruesome medical experiments, and summary executions of prisoners for even the most trivial violations of camp rules.  As the Allies pushed in across the areas of Nazi conquest, prisoners from other camps were brought to Dachau until the overcrowding and hygiene conditions were unimaginable.  Typhus and malnutrition were rampant.  When the Allies liberated the camp there were around 200 deaths per day.

Today the former camp is a memorial to the victims of Nazism. 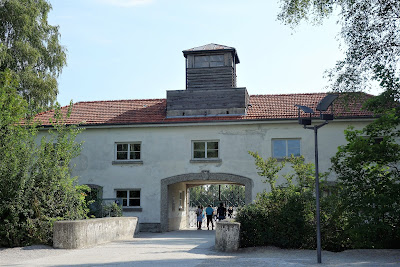 The gate house through which prisoners entered the camp 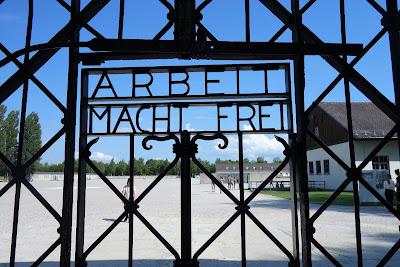 The iron gate bears the infamous slogan, "Work makes you free".
That slogan later appeared at other camps, including Auschwitz. 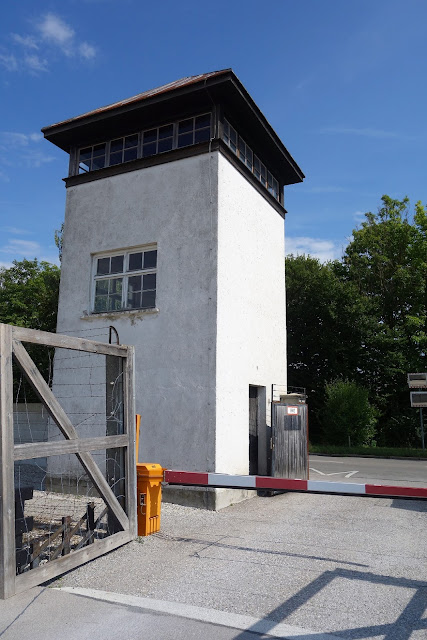 Most of the guard towers around the camp are still standing. 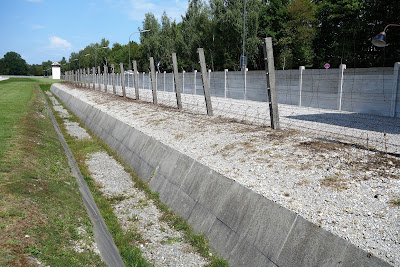 The entire camp was surround by a moat, an electrified barbed-wire fence, and a concrete wall.  Any prisoner venturing into the "no-man's" land in front of the moat was immediately shot. 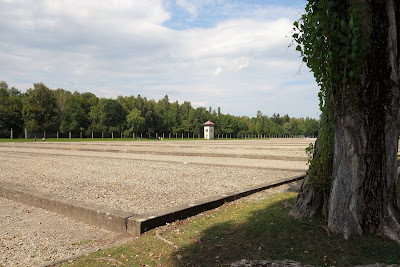 There were thirty two barracks.  They were torn down, but are marked by their foundations. 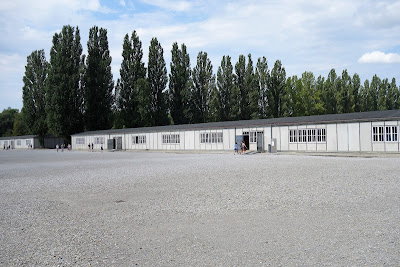 Replicas of two barracks have been built. 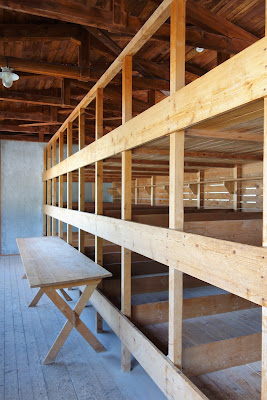 The recreation of the interior cannot begin to portray the horror of the place when it was crammed far beyond capacity with prisoners. 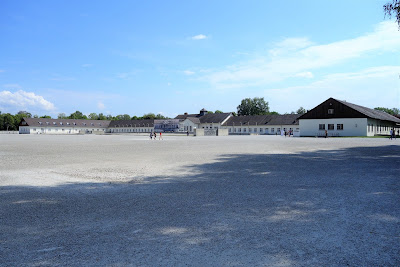 The maintenance building, one of the few original structures remaining, now houses a moving museum that details the rise of Nazism and the history of the camp.
The large open area between the building and the barracks was were the prisoners were forced to stand each day, sometimes for hours on end, while role call was held. 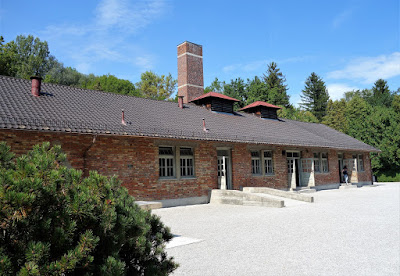 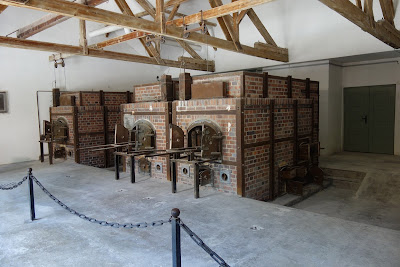 The crematorium was where the ashes of the dead were incinerated. 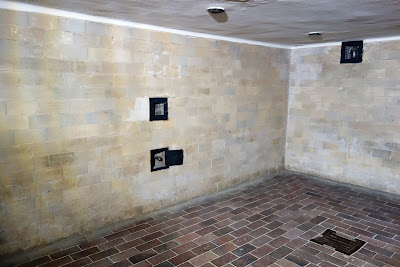 Late in the war, a gas chamber was built.  It was tested out once, but never used again.  No one knows why.

The ashes of the dead were thrown into a mass grave. 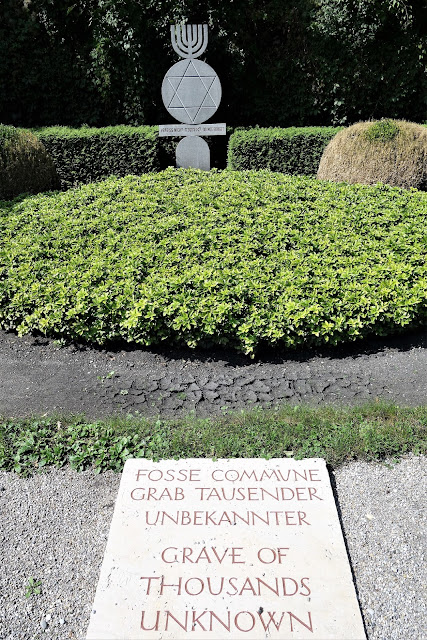 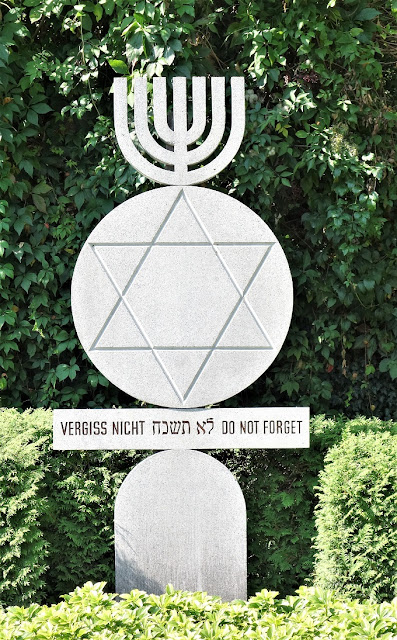 "Those who cannot remember the past are condemned to repeat it."-
philosopher George Santayana
Posted by Retired Teacher at 1:44:00 PM