The Horsemen of the Americas

When I am in Mexico City I always check to see if there is a special exhibit in the Palace of Iturbide, an 18th century mansion located in the heart of the historic district.  The building is owned by Banamex, the Bank of Mexico, and is the headquarters of their cultural foundation.  Several times a year they have exhibits in the courtyard of the old palace.  Admission to these shows is free, and they are usually very good.  I have written about several of them here on the blog.

The show that was going on while I was there on my recent trip (and which will continue through September) is called "América, Tierra de Jinetes"... "America, the Land of Horsemen". 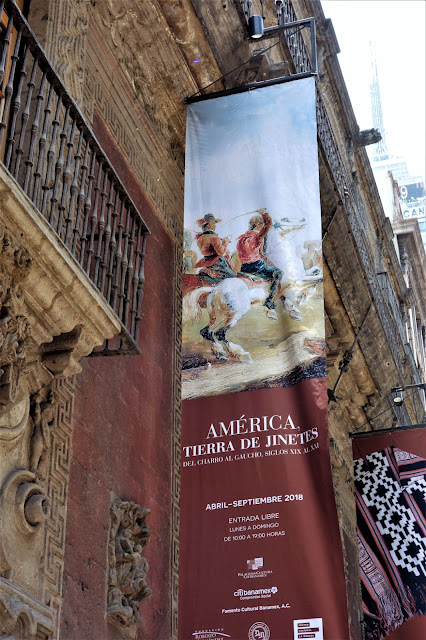 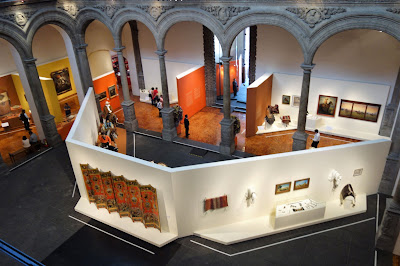 Ever since the Spanish brought their horses during the conquest of the New World, horsemen have played an important role in the culture of the hemisphere... from the U.S. to Argentina.

Among the types of horsemen portrayed in this show are:  the Mapuche, the indigenous tribe of the Patagonia of Chile and Argentina...  the Huasco, the cowboy of Chile... the Charro, the gentleman cowboy of Mexico, with his wide sombrero and elaborately decorated suit... 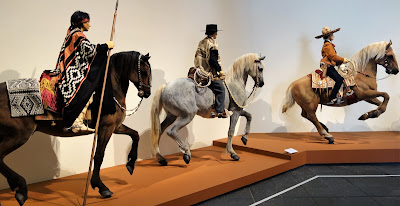 the Gaucho, the cowboy of the plains of Argentina, Uruguay, Paraguay and Brazil...
the Cowboy of the western United States... 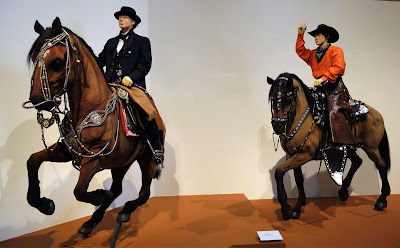 the Plains Indians of the United States.... and the Cholán horsemen of Peru. 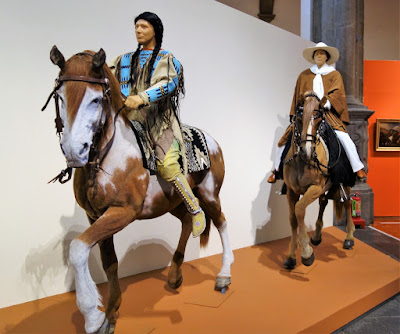 The show has a wide variety of artwork, clothing, saddles, and memorabilia relating to these horsemen drawn from private collections and museums in the United States, Mexico and South America.  My only criticism of the show is that not all of the objects are as clearly identified as they have been in other shows here. 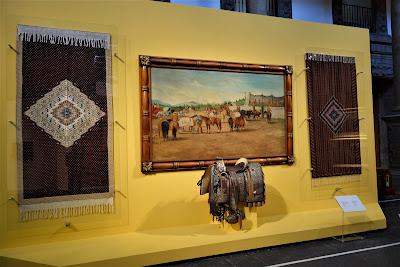 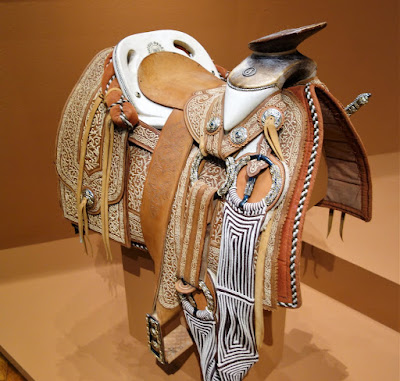 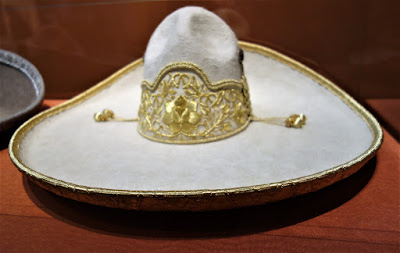 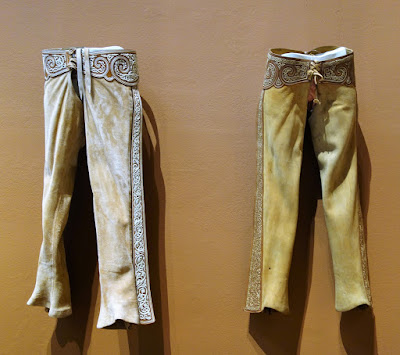 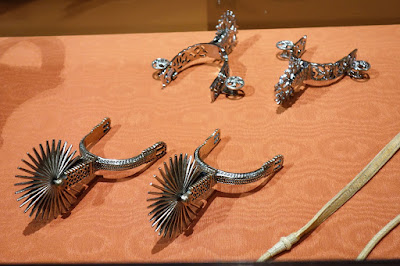 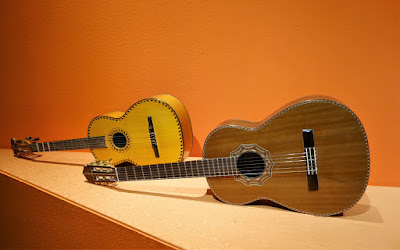 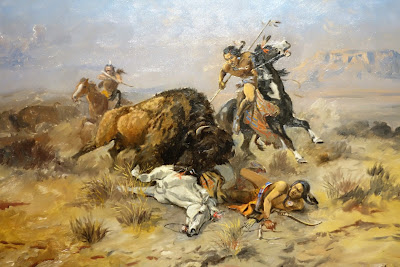 A bronze sculpture of a Cheyenne horseman by Frederick Remington. 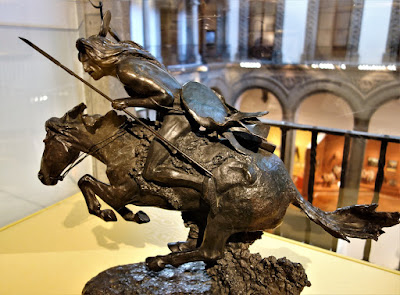 A beautiful landscape of the Valley of Mexico in the 19th century which includes in the foreground a "rancho" and horsemen.  (In the background are the snow covered volcanoes.  Mexico City stretches across the horizon, and Chapultepec Castle is to the right.) 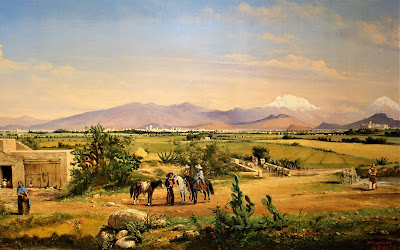 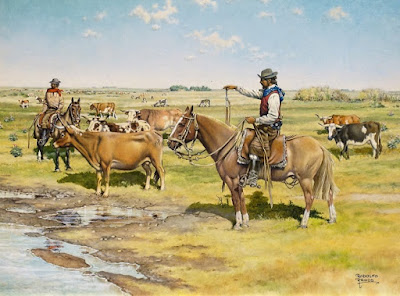 A delightful nativity scene from the Mexican town of Metepec.  Here the three kings are portrayed as "charros". 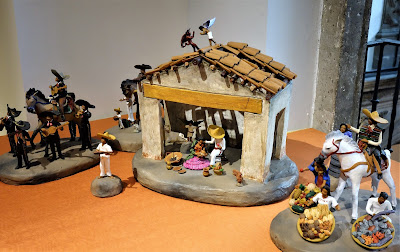 A "Day of the Dead" interpretation of a Mexican cowboy and his "señorita". 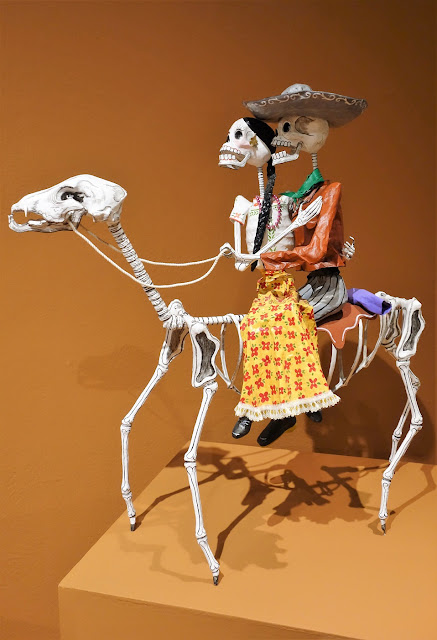 A Mexican clay sculpture known as a "Tree of Life".  Traditionally these portrayed Biblical themes (especially the story of Adam and Eve), but now they often have non-Biblical images.  This one is a "charro" tree. 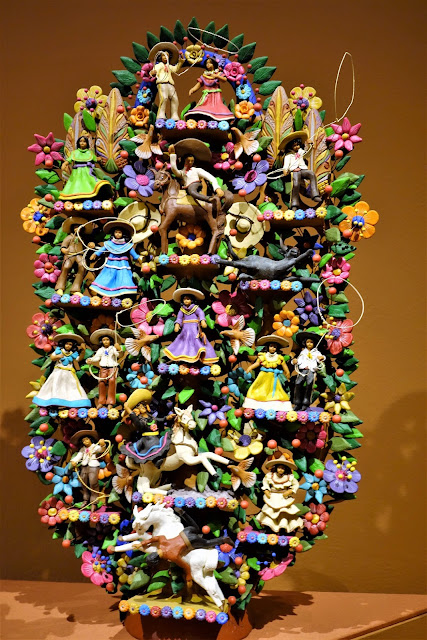 A movie poster from the Golden Age of Mexican cinema.  Pedro Almendáriz was one of the biggest stars of the 1940s and 50s.  He often played the role of a "charro" or of a revolutionary such as Pancho Villa. 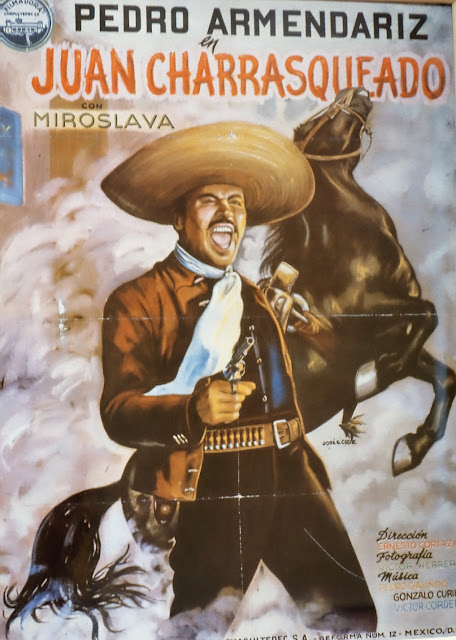 A portrait of Simón Bolívar, the hero of South American independence. 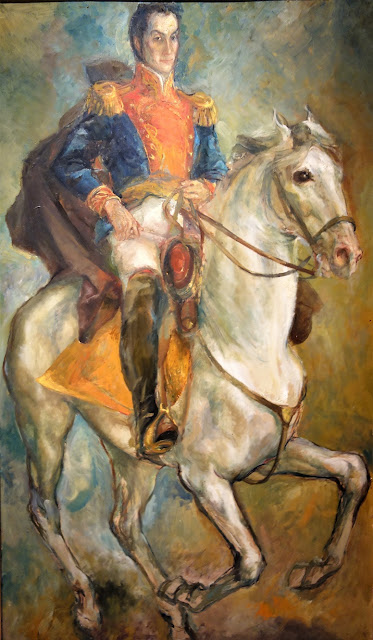 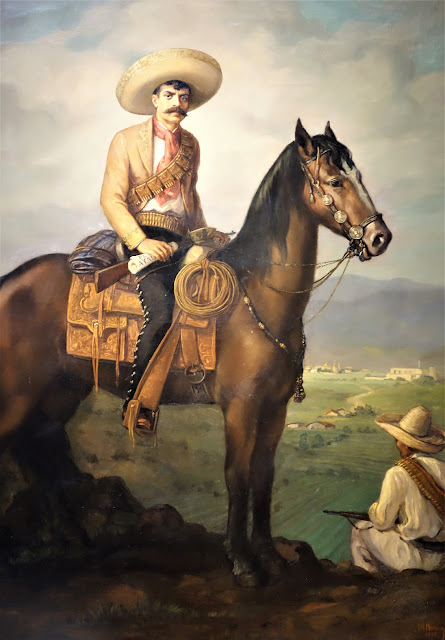