Discovering Another Corner of the Historic Center

As I was looking at Google Maps, searching for places in Mexico City which I had not yet visited, I came across Plaza Tlaxcoaque at the southern edge of the "Centro Histórico".  I did some research on it, and on Thursday I went downtown to check it out.  From what I read, the plaza had been recently renovated.  The area is considered dangerous by night but OK during the daytime.

The plaza sits at the very end of 20 de Noviembre Avenue, the busy street which leads directly to the Zócalo, the city's main plaza. 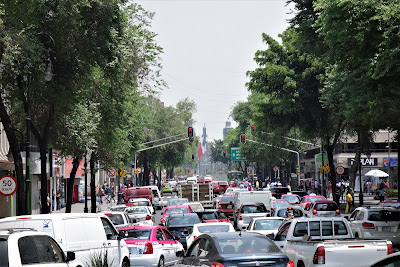 At the opposite end of the avenue you can make out the towers of the Cathedral.

The plaza is surrounded by traffic-clogged streets which feed into 20 de Noviembre.  There is nary a crosswalk in sight in order to cross over to the plaza.  You simply wait for the traffic to come a standstill and make your way between the vehicles.

Standing in the middle of the plaza is a little church dating back to the 17th century, the Chapel of the Immaculate Conception. 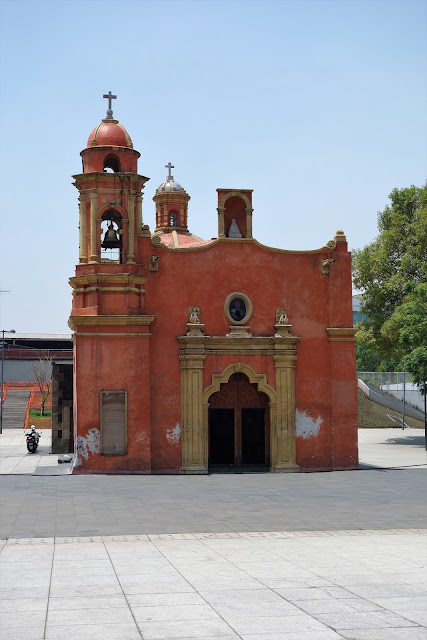 Back when colonial Mexico City was an island in the middle of a lake, this was the southern shore of the city, and the plaza today is considered the southern edge of the historic center.

Next to the church is this rather incongruous monument which was given to the city by the government of Azerbaijan.  It commemorates the Khojaly Massacre which took place during the 1992 war between Azerbaijan and Armenia.  I have no idea why Azerbaijan chose to build this monument here in Mexico City. 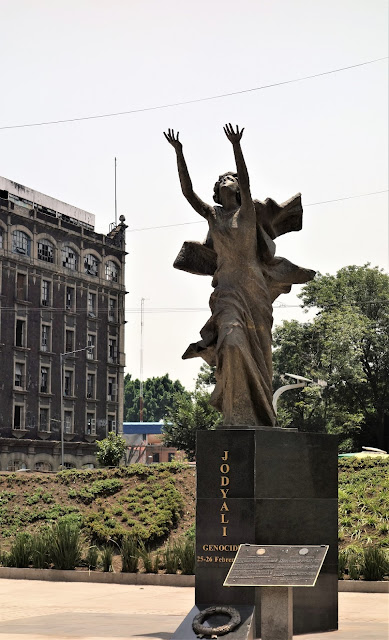 In a small green space to one side of the plaza there are several colorful, metal sculptures. 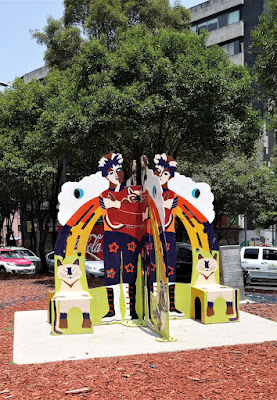 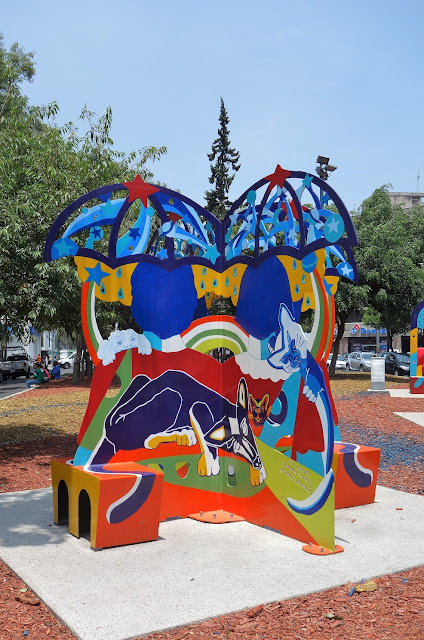 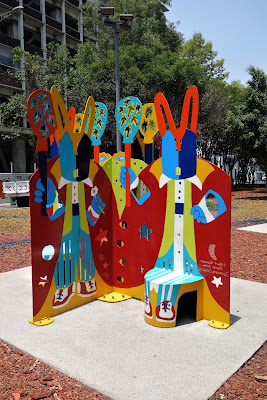 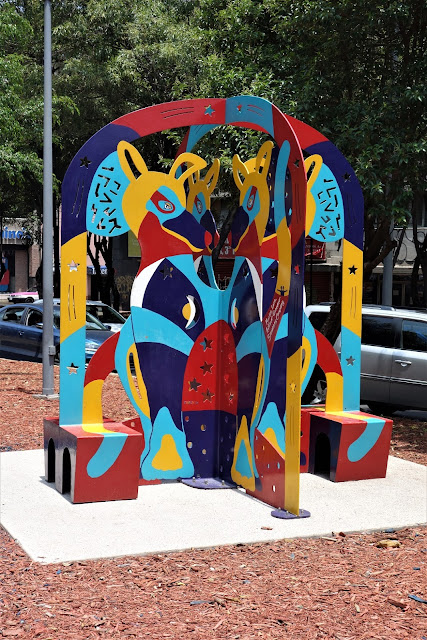 Given the nature of the neighborhood, I am surprised that these sculptures have not been defaced with graffiti.  (Even the church on the plaza has its share of graffiti.)

Just as I was about to head down 20 de Noviembre Avenue toward the Zócalo, the fountains at the edge of the plaza suddenly came on. 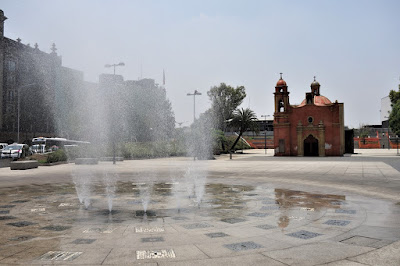