Culture at the Transport Hub

On my previous trip I wrote about the "Glorieta de Insurgentes", the circular, below-street-level plaza which is a busy hub with subway and Metrobus stations.  The plaza, which had been looking rather scruffy, had been given a facelift. 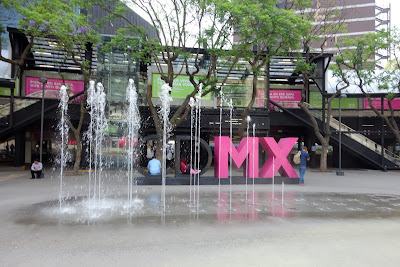 All around the circle of the plaza there were little "locales" or storefronts which were filled with rather junky shops.  The "locales" still stand empty.  Perhaps the authorities are seeking a higher level of tenants for their new and improved "Glorieta".  One portion of former shops, however, has been transformed into a neighborhood cultural center. 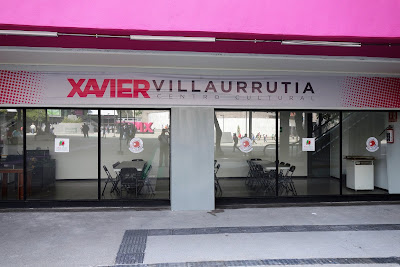 Cultural centers such as this are found throughout the city, and they offer local residents workshops in arts and crafts, music and dance.  This center had a library, and an area for lectures, as well as space for workshops.  It is open to the public and there were some exhibits.

There were a number of photographs of Frida Kahlo on display... 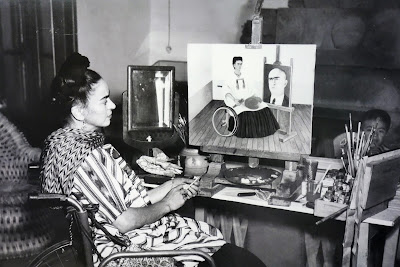 There was also a display of crafts which had been created by the workshop participants. 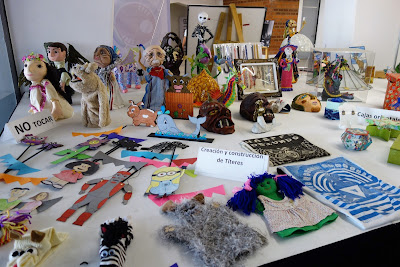 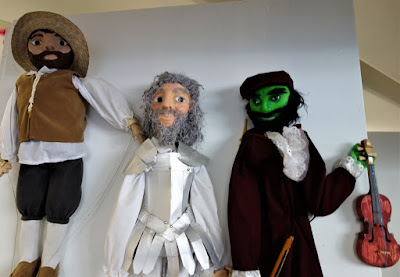 Puppets of Sancho Panza, Don Quixote and Tevye from "Fiddler on the Roof"

There were also photographs and paintings done by locals.  There was some genuine talent on display. 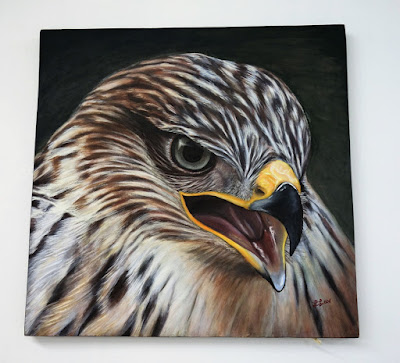 If some more places such as this were placed in the plaza, the "Glorieta de Insurgentes" might actually become a spot of tourist interest.