Archaeology at the Transport Hub

On Thursday I took the subway to go to the colonial heart of Mexico City.  I got off at the busy Pino Suárez station.  When construction of the subway system began in the 1960s it proved to be a bonanza for archaeologists because the excavations revealed artefacts from the Aztec capital which once stood here.  One of the most impressive discoveries was of an altar at the site where the Pino Suárez station was being built.  The altar was left in place in an open courtyard, and the subway station was built around it. 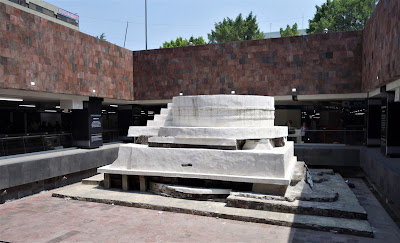 The altar's circular shape... a shape that represented motion to the Aztecs... means that it was dedicated to Ehécatl, the god of wind and one of the manifestations of Quetzalcoatl, the feathered serpent.

This subway station, like a number of others, is undergoing renovation.  The area around the open courtyard has become something of a mini-archaeological museum with descriptions of the altar's significance, and a display of photographs which document the construction of the station and the discovery of the altar. 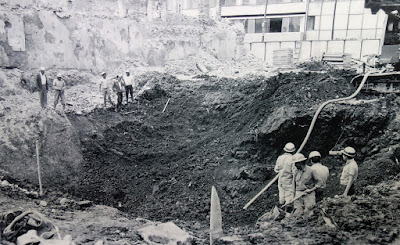 Work begins on the excavation for the subway station 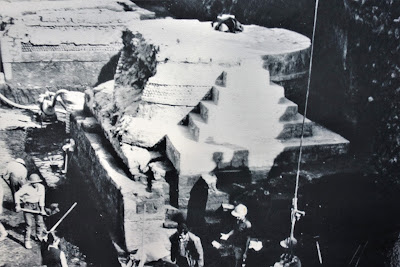 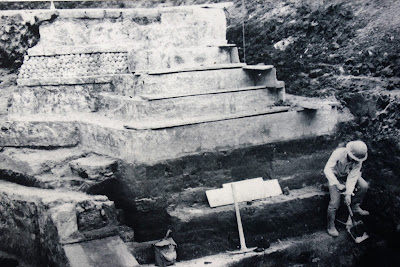 The altar is uncovered 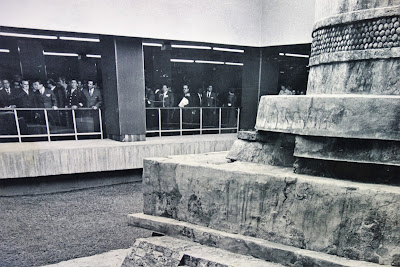 The station is inaugurated in 1970 with the President of Mexico and his cabinet in attendance.

In the past, every time that I exited the station, the plaza above was a jumble of vendors' stalls.  It was such a maze that it was sometimes difficult to find my bearings and head in the right direction.  So I was very surprised to find that the plaza had been cleared of commerce and transformed into a park like setting. 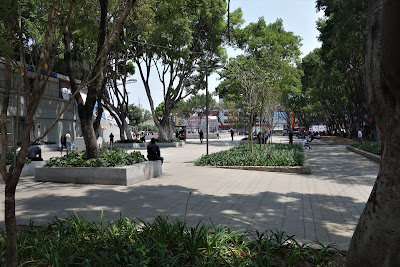 The vendors, I assume, have been moved to a commercial building to the side of the plaza. 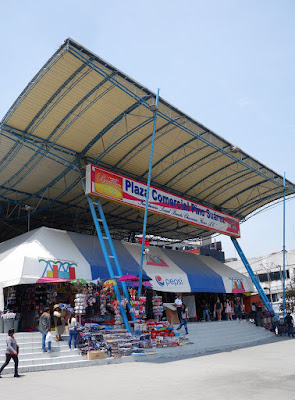 With the vendors now out of the way, I was actually able to look down into the courtyard where the Aztec altar is located. 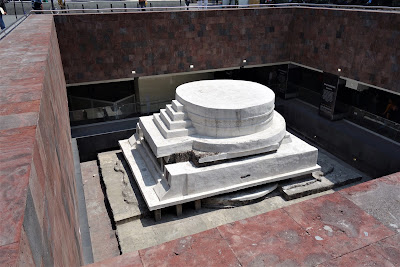 Also, with the removal of the vendors, I saw a colonial building on the plaza which I had never noticed before. 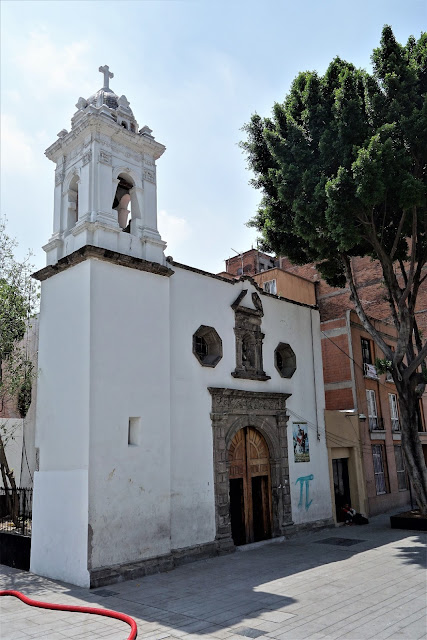 The Chapel of San Lucas was built in the 1600s.  At that time, this section of Mexico City was the location of the city's slaughterhouses, and this was the chapel of the butchers. 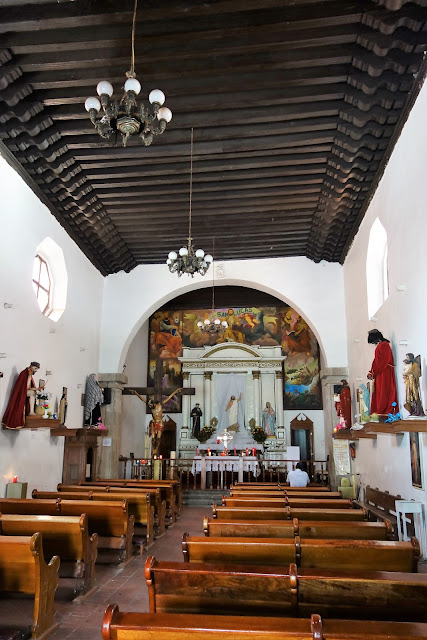 The interior of the small chapel

Lest it sound as if I am waxing poetic about the sprucing up that has occurred here, I should say that the Pino Suárez station, one of the most crowded in the system, is a place where one should be especially cautious of pickpockets.  Also, just a few steps from where I took the pretty picture of the plaza, I found piles of trash and homeless people sleeping on discarded sofas.  I quickly retraced my steps.