Another Day at Machu Picchu

In my previous post I wrote about my visit to the Incan ruins of Machu Picchu in 1985.  As I mentioned, I spent the night at what was back then the only hotel there.  Since the return train did not leave until late afternoon, I had most of another day to explore this incredible place.

On my second day, I got up early, hoping to view the sunrise.  Unfortunately. the morning was overcast.  I was at first disappointed, but the Incan city, shrouded in mist, had a mysterious, even eerie, atmosphere.  I had the site practically to myself, and I imagined that at any moment the ghosts of the departed inhabitants might materialize out of the fog. 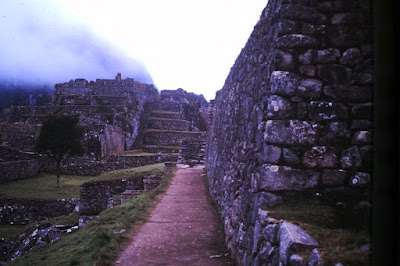 I climbed to the "Inti Watani", the hitching post of the sun, where centuries ago Incan priests performed ceremonies to ensure the continued existence of the sun.
﻿ 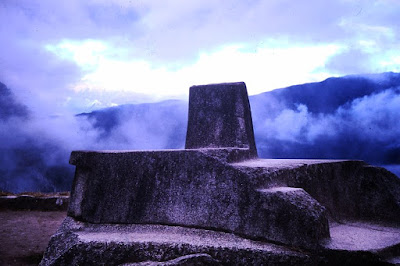 As I lingered there, the fog and clouds, like billows of smoke, began is dissipate, and sunlight bathed the rugged mountains.  Far in the distance I could discern snow-capped Andean peaks to the west.  It was a truly magical moment. 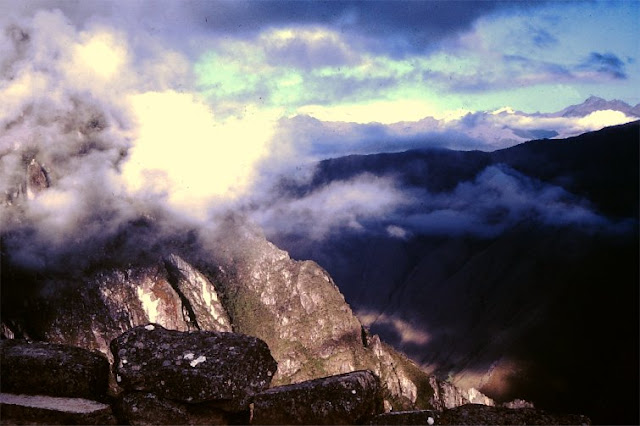 I returned to the hotel for breakfast.  There I chatted with another traveler, a lady who was a schoolteacher from Pennsylvania.  We decided that we would hike a short distance along the Inca Trail, the road which connected Machu Picchu with the Incan capital of Cuzco, fifty miles away.

We passed through the old gate and headed out of the city. 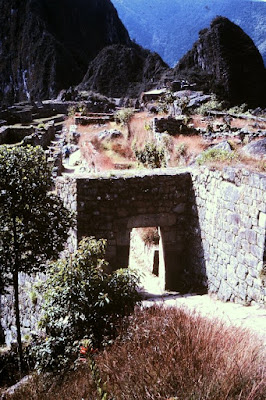 We walked uphill, perhaps a couple miles, along the trail... 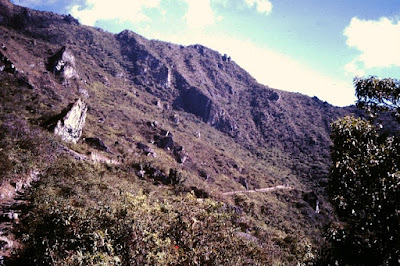 until we came to the remains of an Incan structure.  This was the spot we were looking for... a panoramic, "travel poster" view of Machu Picchu. 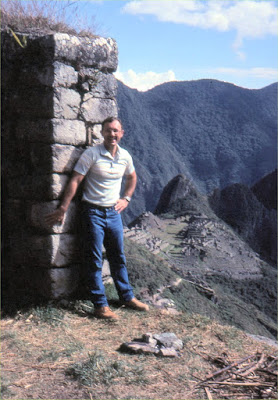 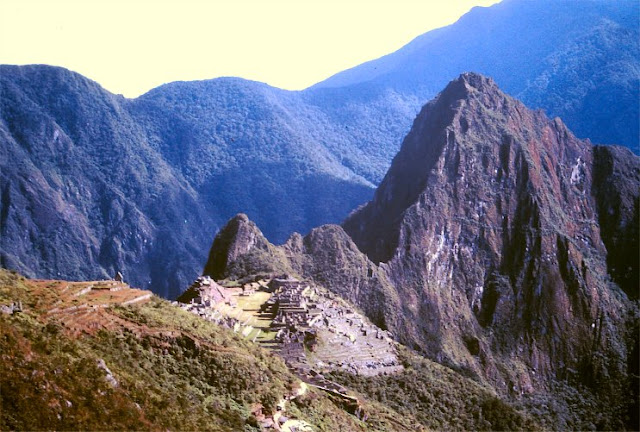 After returning to the ruins, we still had several hours before our scheduled departure.  So we decided to be intrepid adventurers, and climb the path leading to the top of Huayna Picchu, the rugged mountain peak which towers 1000 feet above the site. 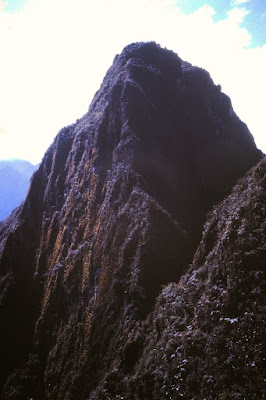 It was a strenuous climb along the slippery path... and descending was downright scary.  After climbing for what seemed an eternity, we came to an Incan wall.  There was a rope with which we had to hoist ourselves to the top of the wall where the path continued.  On and on we climbed.  Finally we entered a tunnel. At the end was a rickety ladder.  We climbed the ladder, and there we were... on the boulder strewn summit of Huayna Picchu! 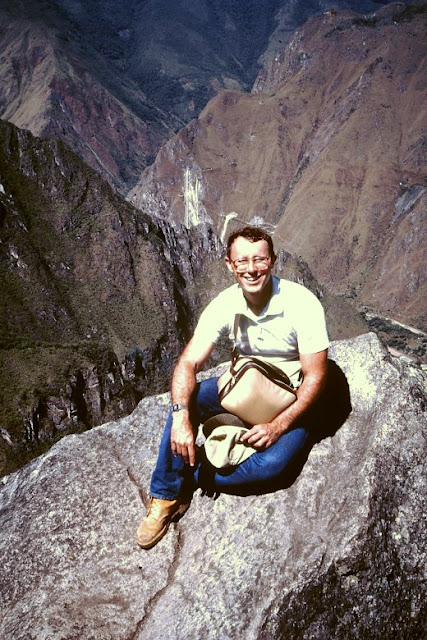 "Hurry up, and take the picture" I'm thinking as I sit precariously close to the edge.
The view from the top is spectacular.  Spread below us, as if in miniature, are the ruins, the agricultural terraces, the hotel, the twisting road to the site, and the Inca Trail. 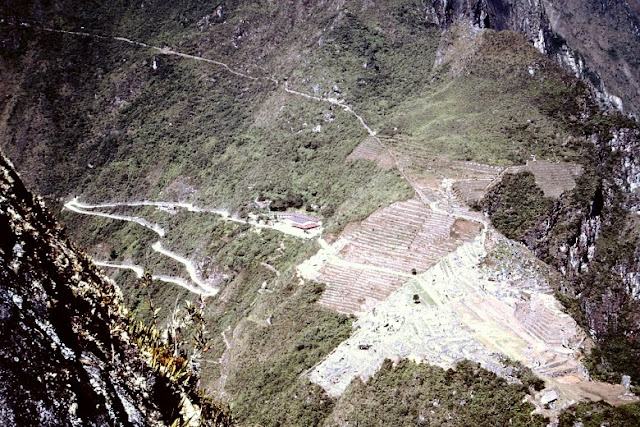 As I said at the beginning of my previous post, this trip was the most unforgettable of my life, and my two days at Machu Picchu were probably the greatest adventure I have ever experienced!﻿
﻿
﻿
Posted by Retired Teacher at 7:27:00 AM