And Now for the Most Daunting Task

I have almost reached the point where I must tackle perhaps the toughest portion of my garden... the flower bed along the property line with one of my next door neighbors.  There was a narrow strip of lawn on my neighbor's property between my flower bed and the fence which surrounds his back yard.  For the last several years he has allowed that strip to go wild... probably to punish me for having called the police several times when his dogs were barking incessantly in the wee hours of the morning.  The strip has become a jungle of trees, brambles, vines and weeds. 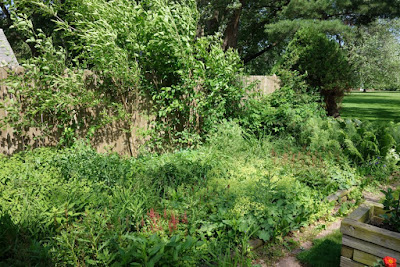 Of course the weeds spread into my garden.  The worst is this prickly weed that grows several feet high.  I don't know what it is, but, since it has leaves similar to a dandelion, I refer to it as a "prickly dandelion".  I have to carefully dig each one out by the roots.  Like a dandelion, if it isn't pulled out by the roots, it will simply grow back.  I hate wearing gloves when I do my gardening, but for this task I have to. 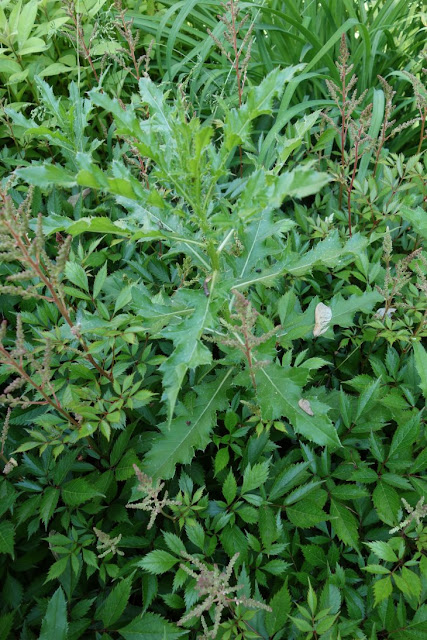 In the flower bed I have a very invasive plant called a "goose-neck loosestrife".  I normally would be very meticulous about not allowing my plants to spread into neighboring property, but in this case I happily allow it to invade. 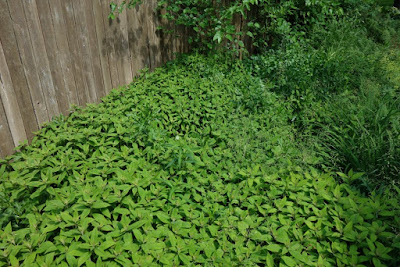 Here's a picture from a couple summers ago of the loosestrife in bloom.  It's a pretty plant, but must be constantly kept under control. 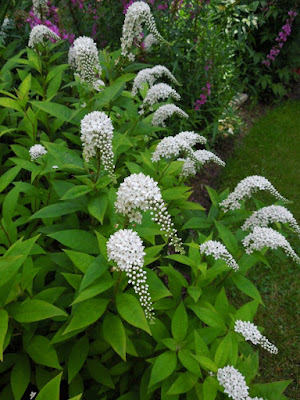 
The other day as I was surveying the mess, I noticed this vine which was running rampant.  Seeing its three leaves, I immediately thought, "Is that poison ivy?" 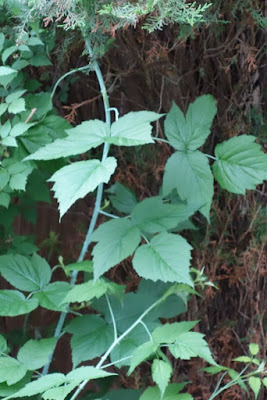 I went on the internet and read about poison ivy and looked at pictures of it.  In many ways it fit the description to a "tee".  But then I went out and took a closer look at the plant.  The branches have thorns, and poison ivy does NOT have thorns.  So at least I can tackle this job without ending up being covered with a rash!  ﻿
Posted by Retired Teacher at 8:19:00 AM