You may say what you want about Mexico City, this monster of more than 21 million people, but it is never, NEVER boring.  Today I spent about five hours downtown, and I accumulated enough material for six blog posts!

I arrived at the Zócalo, Mexico City's central plaza.  The entire square is presently barricaded while the city does renovations.  I have heard that they are improving the drainage system so that the Zócalo doesn't flood during heavy rains. 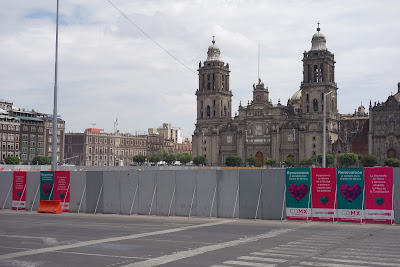 In front of the city hall there was an anti-government demonstration going on, and the police riot squad was out in full force.  Apparently there were other protests scheduled for today in other locations, because I saw battalions of police throughout the center of the city.  A novice visitor to Mexico City would perhaps panic thinking that revolution was about to break out.  But protests are a common occurrence here, along with the police presence.  Life goes on as usual.

Near the Zócalo was a lone protestor that I have seen before... a women dressed as the Pope denouncing the Church for trying to cover up the sexual abuse of minors and for protecting the guilty priests.  Mexico may be an overwhelmingly Catholic country, but it also has a long history of anti-clericalism.

Just a short distance away from the police and the protests there was music in the air.  On 16 de Septiembre Avenue (one of the streets which lead into the Zócalo) this trio was performing the songs and dances of the Huasteca region of Mexico. 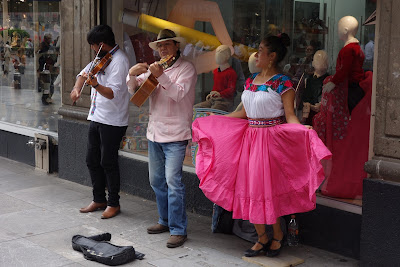 Later on the same street, these two fellows were drumming and playing the bagpipes.  Their music, however, was definitely not Scottish.  It sounded more like something from India. 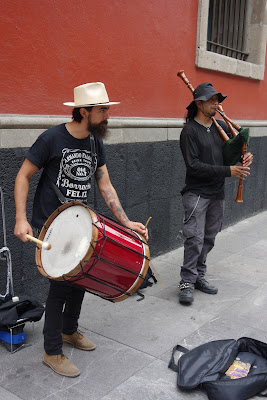 Pedestrianized Madero Street runs through the heart of Mexico City's historic center and it is always crowded with people. 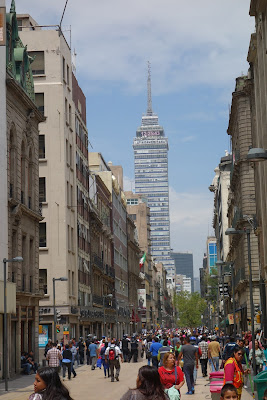 As I was walking down Madero, there was a performance, right there on the street, sponsored by the Secretariat of Tourism, presenting humorous skits on the history of Mexico.  I briefly chatted with a couple of the costumed actors who were waiting their turn to perform.

I had to ask this gentleman who he was supposed to be. 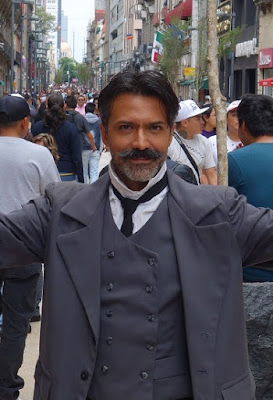 He was playing the role of Melchor Ocampo, a liberal, 19th century politician.

There was no mistaking who this actor was portraying. 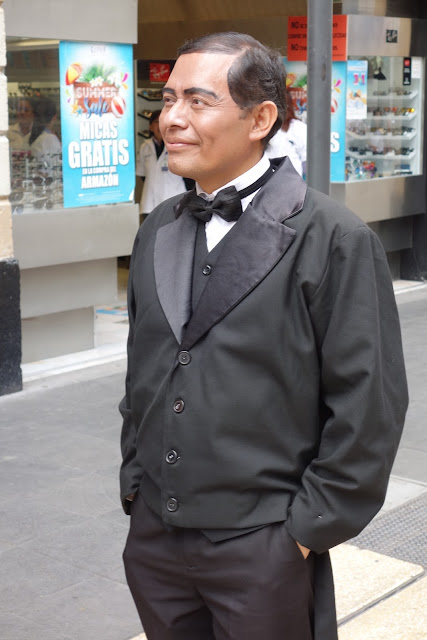 It's not every day that you get to talk with famous historical figures!

More to come on my afternoon in the heart of Mexico City...