From Cleveland to Mexico City 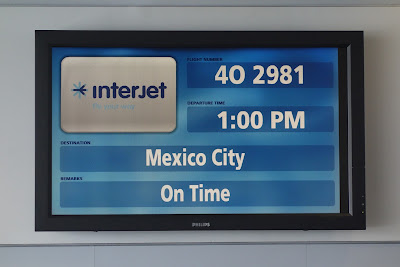 My journey to Mexico City yesterday went smoothly.  The morning flight on United from Cleveland to Chicago O'Hare was very crowded, but, since it is only an hour flight, it was tolerable.

The only tense moment was when I was checking in at the Interjet desk in Chicago.  I made my Interjet reservations online a couple months ago.  I did not realize that it had automatically given me a senior citizen discount.  Well, I will officially be a senior citizen when I return home from this trip, but at this point, at least for a few more days, I am still a young fellow of only 64.   Because of that, the computer at the desk did not want to print my boarding pass.  It took four different people at least twenty minutes to finally override the computer and give me my boarding pass.

After that, everything went smoothly.  As I have written before, I really appreciate the extra legroom on the Interjet planes.  And on this flight I had the entire row to myself, so it was even more comfortable.  I always book an aisle seat, but yesterday I scooted over to the window seat so that I could take some pictures. 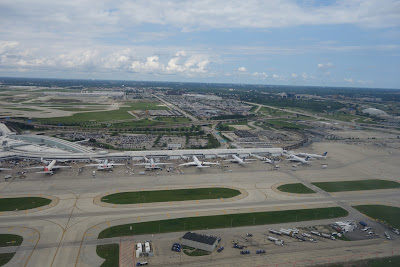 Taking off from O'Hare 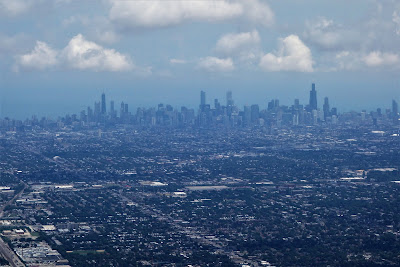 The Chicago skyline on the horizon 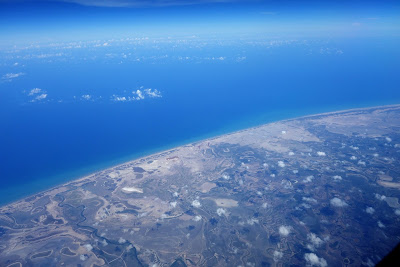 The 3.5 hour flight went by quickly.  In this photo we are now over Mexico along the Gulf coast just south of the Texas border. 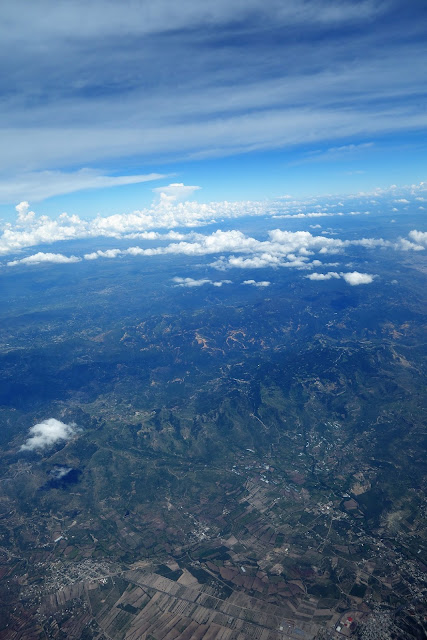 Soon we are flying over the rugged highlands of Mexico's interior. 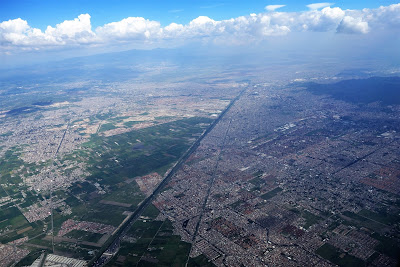 And then we come to the sprawling metropolis of Mexico City. 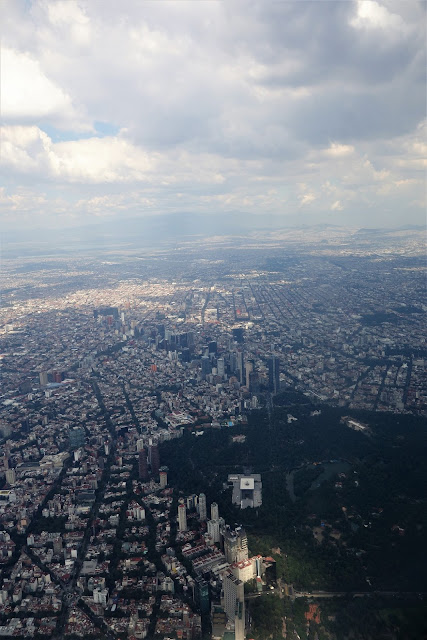 The swath of green in the lower right is Chapultepec Park, and the large building within the park is the National Museum of Anthropology.  Above the park are the skyscrapers lining the Paseo de la Reforma. And there is the Mexico City World Trade Center... and somewhere down there is my apartment. 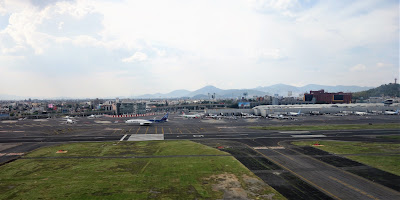