As I mentioned in my last post, during my visit to the neighborhood of San Angel I recalled the Saturday Bazaar that is held there each weekend.  I had not been to the Bazaar since the 1970s when I was a student in Mexico.  So the following day Alejandro and I took the Metrobus to San Angel. 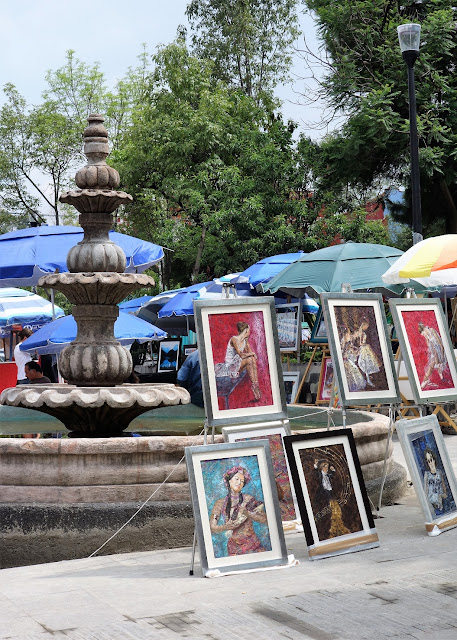 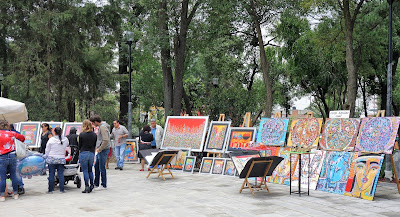 The artists displaying their work here are largely the same ones who are at the Sunday Art Market at Parque Sullivan downtown.  (I wrote about that event on my last trip in April.)

Carlos del River, an artist with whom I chatted in April, was there, and we had another good conversation.  His work is done with water colors and black ink, to create an effect similar to stained glass. 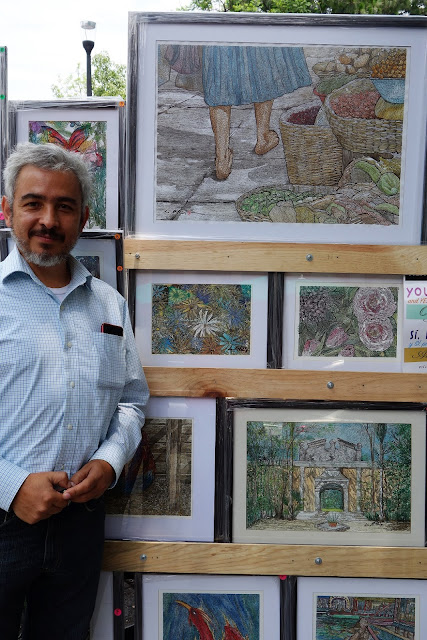 One of his newer paintings, which I especially liked, is at the top.  It is based on a photograph that he took while visiting a marketplace (I believe he said in the state of Chiapas).  The native women in the market do not like to be photographed, so he took a picture of a woman's bare feet as she passed by the baskets full of market produce.  I still hope to buy one his paintings some day!

Another painter with whom I talked was J. Espinosa, who specializes in landscapes.  We talked about one of my favorite Mexican artists, José María Velasco, who was famous for his paintings of the Mexican volcanoes.  Mr. Espinosa said that Velasco was one of his major inspirations. 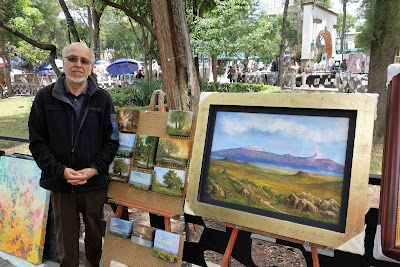 I yielded to temptation and purchased a small landscape of the snow-covered volcanoes near Mexico City.

Around the Plaza de San Jacinto and beyond in the little Plaza Tenanitla there are stands where artisans sell their handicrafts. 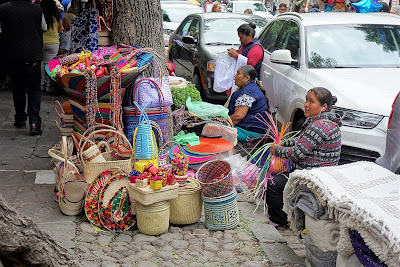 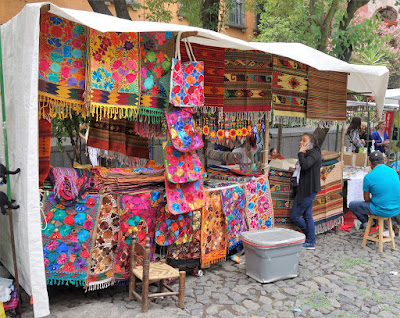 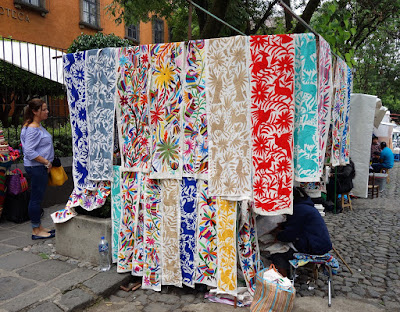 This stall had different kinds of Nativity scenes for sale, including miniatures created within the shell of a walnut.  I bought one of those for a friend who collects Nativity scenes. 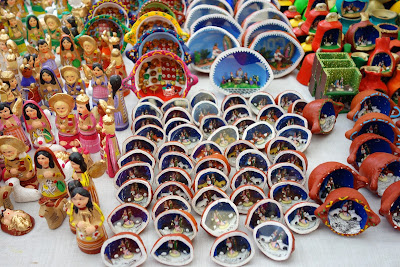 This fellow from the state of Guerrero had some very interesting items which he had created.  I really liked the wooden fish to the left with intricate designs in black and white.  However, I didn't have room left in my suitcase for it.  Instead I bought one of the little crosses, also decorated in black and white. 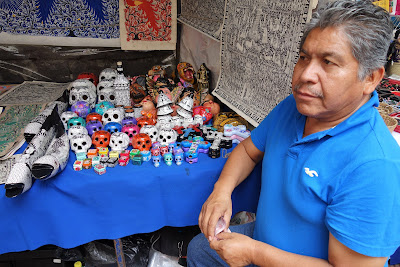 I was already very happy with my shopping experience, and we had not yet even entered the building of the Saturday Bazaar.  The items for sale in the Bazaar are generally rather expensive... jewelry, fancy home décor items and fashions. 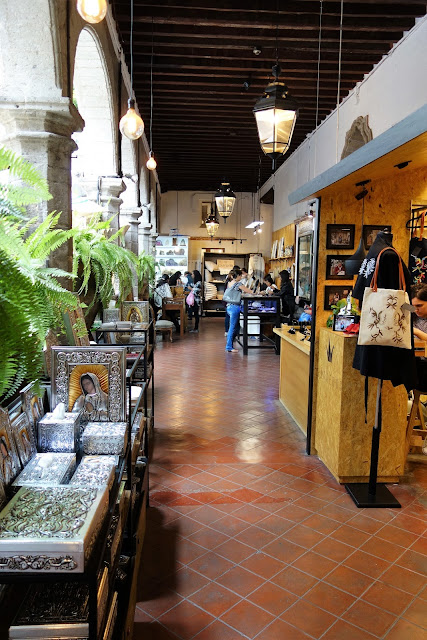 However, there were some things in my price range...  including the merchandise in this shop selling Mayan chocolates. 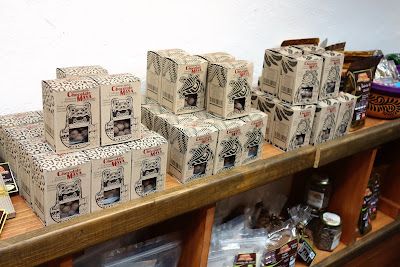 A buffet restaurant is set up in the courtyard of the old house on Saturdays. 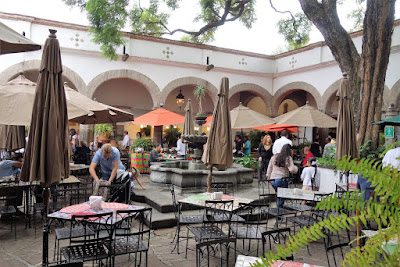 However, we ate elsewhere.  Just down the street is a branch of one of our favorite restaurants, "El Cardenal".   Here we had lamb in "salsa borracha" (drunken sauce).
The sauce is make with "pulque", a mildly alcoholic beverage make from the agave plant.  I do not care for "pulque", but the sauce was delicious! 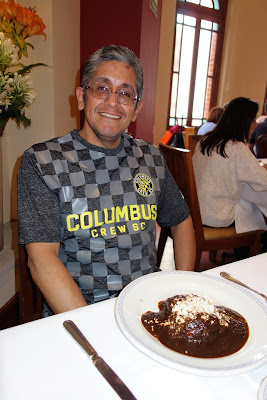 It was a fun day in San Angel!