(This morning I took my friend Alejandro to the airport for his trip home to Mexico City.  However, I still have a number of posts to write about the places that we visited during his two week stay up here.)

Michigan's Mackinac Island is not only a picturesque summer resort, but it is a place filled with history.  On our second day on the island, Alejandro and I spent much of our time visiting its historic sites.

Archaeological finds have shown that the area was inhabited by Native Americans for at least 700 years before the arrival of the Europeans.  The island was sacred to the early tribes as the home of the Great Spirit.

In the 1600s French explorers, fur traders and missionaries were the first Europeans to arrive on the scene.  In 1670 a Jesuit mission was established on the island, but the following year Father Marquette moved the mission to nearby St. Ignace, on the Upper Peninsula at the northern side of the Strait of Mackinac.  By the early 1700s the French built Fort Michilimackinac on the opposite side of the strait.  The area became a center for the lucrative fur trade.

After the French and Indian War, France lost her North American territories, and the British took control of the region.  In 1780 the British built Fort Mackinac on the bluffs of the island.  It remains the most important historic landmark on Mackinac Island.

The views from the heights are superb and show what an excellent defensive position the fort occupied. 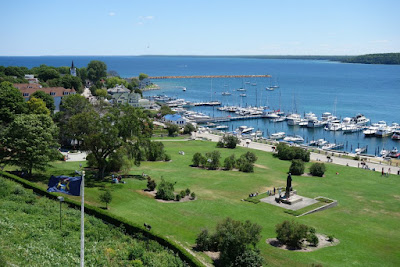 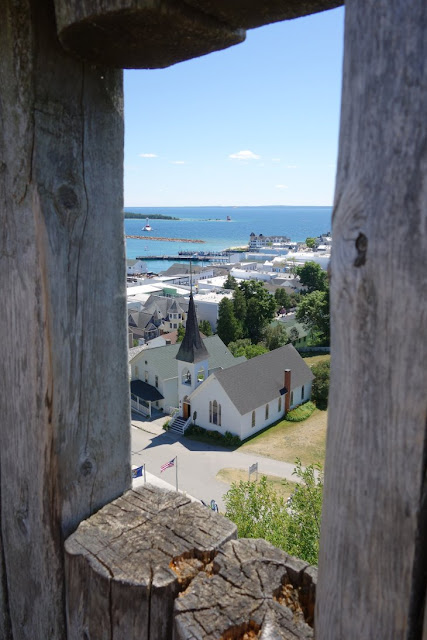 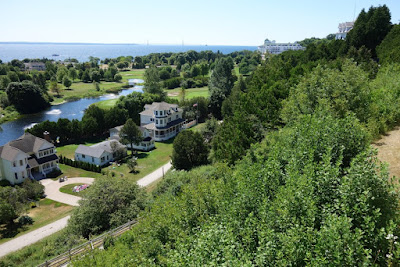 After the American Revolution, control of the fort passed to the United States.  However, at the beginning of the War of 1812, the British immediately invaded the island.  The small American garrison at the fort had no choice but to surrender to the superior British forces.
To consolidate their control over the island, the British also built another fort on the highest point of the island.  It was named Fort George in honor of King George III.  After the war, the Americans renamed it Fort Holmes after an American major who died during the Battle of Mackinac Island in 1814.  The original wooden fort no longer stands, but Mackinac State Park is currently building a replica of it.  It is close to completion but is not yet open to the public. 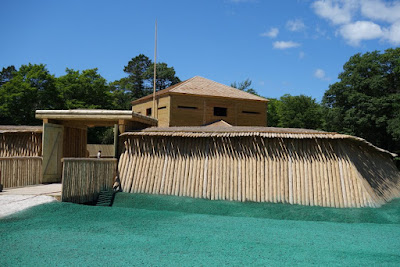 In 1815 the United States Army took control of the Fort Mackinac once again.  However as relations with British Canada improved, the fort's strategic importance declined.  Finally in 1895, the fort was decommissioned and transferred to the state of Michigan.  The 235 year old site is one of the most complete early forts in the United States, and today it is operated as an historic museum by the Mackinac Island State Park Commission.  Displays in the fort buildings portray life at the fort in the late 1800s. 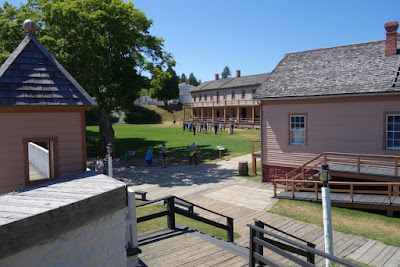 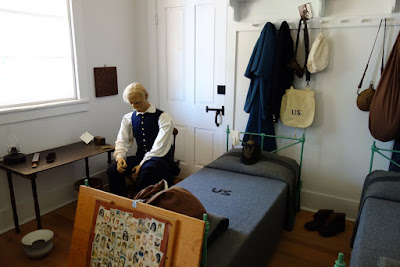 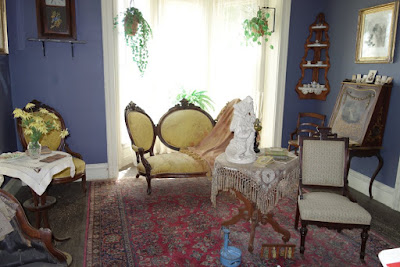 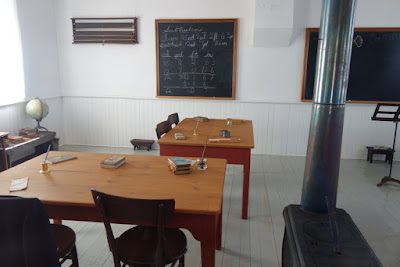 Schoolhouse for officers' children
﻿
Posted by Retired Teacher at 11:46:00 AM