A Day in the Park

One of the things that Alejandro likes best about the Cleveland area is our park system.  The Cleveland Metroparks were established in the early 20th century, and have expanded through the years to now encompass more than 21,000 acres of parkland that encircle Greater Cleveland.  It is nicknamed "The Emerald Necklace".

I can drive just a mile from my house and be in woodlands that seem far from the city.  On Monday, we drove through a section of the park known as the Rocky River Reservation.  It stretches for more than 12 miles following the river as it flows toward Lake Erie. 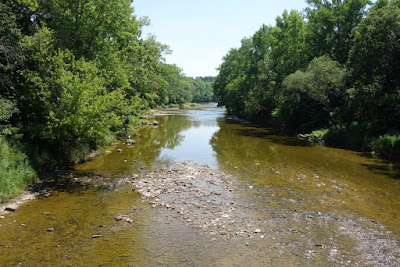 Our first stop was at the Frostville Museum.  The Olmsted Historical Society has moved several 19th century buildings from the suburb of North Olmsted to this location in the park to create a historical village.  Although the buildings are only open on Saturdays, we walked around the site for a look at the old structures. 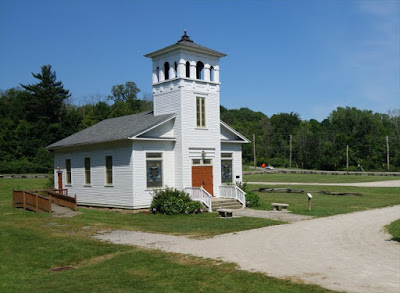 This church, built in 1847, was originally North Olmsted's Methodist Church. 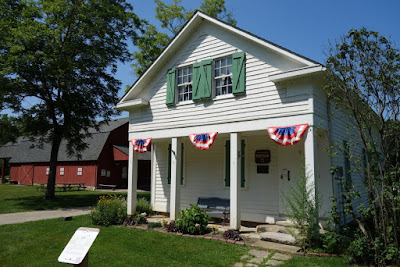 This house, built in 1836, is an example of the Greek Revival style of architecture that was popular in the early 1800s.  It served as a station along the Underground Railroad... a network established by Abolitionists to help runaway slaves escape to freedom in Canada.
At the end of the Rocky River Reservation is this marina located a short distance from the river's mouth.  From here boaters can sail out to Lake Erie. 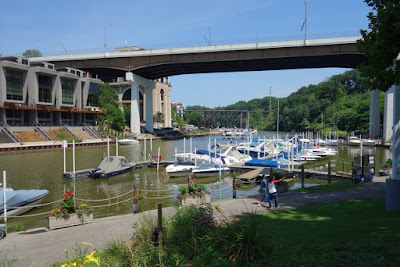 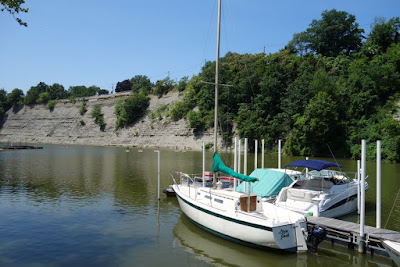 The reservation does not extend all the way to the lake.  Although Alejandro has seen Lake Erie on his previous visits, I asked him if he wanted to go to the lakeshore.  So we drove a short distance to Lakewood Park.  It is not a part of the Metroparks system, but is operated by the city of Lakewood, one of Cleveland's suburbs.
It had been some time since I had been to Lakewood Park, but as I remember it, you could look out at the lake from the bluff.  However, they are in the middle of a renovation of the park.  You can now walk down a ramp that leads right to the shoreline. 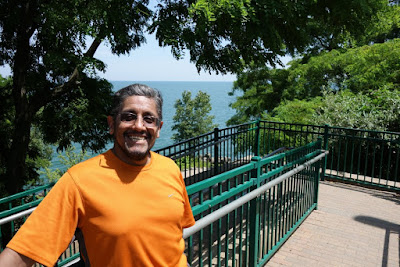 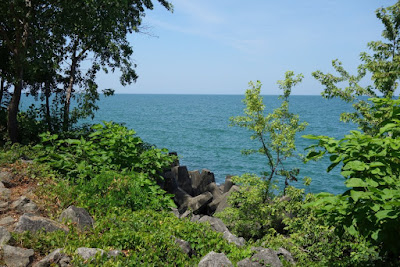 In the distance you can see the skyline of downtown Cleveland.


The project is not yet completed.  As you can see from this sign, at the other end of the park they are constructing a series of terraces leading down to the lake. 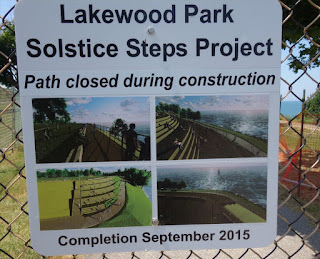 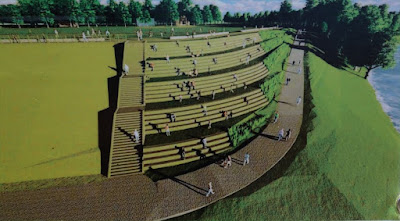 The next time that Alejandro visits Ohio, we will have to be sure to pay another visit to Lakewood Park.﻿