Berea High, to Thee We Sing

The oldest section of Berea High was built in 1928.  It was called the "Million Dollar High School", and it was a beautiful work of architecture.  Several additions were added in later years.  The year before we entered the school as sophomores another addition was added to the front.  Unfortunately it hid the original building.  You might be able to discern a little bit of the old tower sticking up above the modern section. 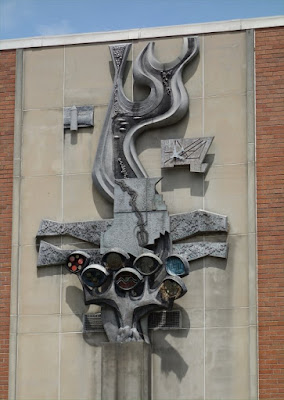 This sculpture on the front of the new addition was a commissioned piece of original art.  It is called the "Tree of Knowledge", and it was very controversial at the time.  It cost $25,000... an amount which in those days would have paid the salaries of three teachers for a year.
Alejandro and I in front of my "alma mater"
Although there have been many changes to the building in the forty five years since we graduated, some parts of the building are much as we remember them. 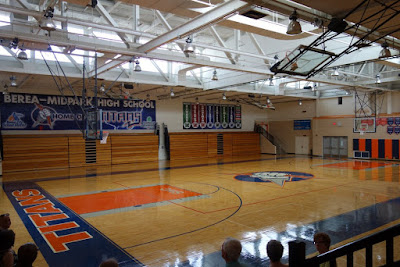 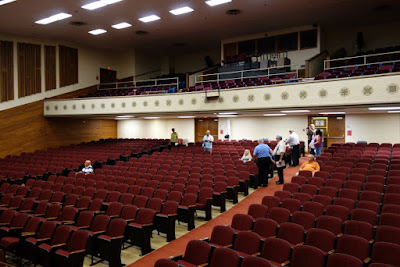 ﻿
A number of us in the tour group have fond memories of our biology teacher.  He was a fantastic educator...  one of those rare teachers who are able to make the class great fun but still make us learn.  We asked the tour guide to let us into his old classroom, and here we posed for a picture.  I am still in touch with him, and I intend to send him this photo of some of his old students who still remember all the fun we had in 10th grade biology.
In the evening, the main event of our reunion was held at the American Legion Post in Berea. 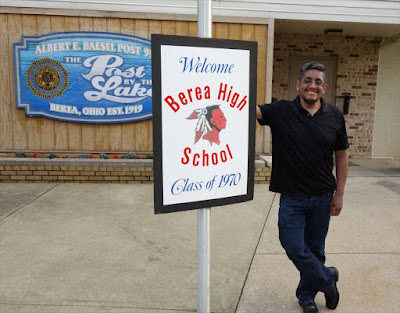 It was a fun evening.  Only fraction of our graduating class of over 400 were in attendance, and I must admit that I did not have a clue who some of the people were (even after looking at their name tags).  But I had many nice conversations with former classmates, and even Alejandro had a good time talking with a number of my friends. 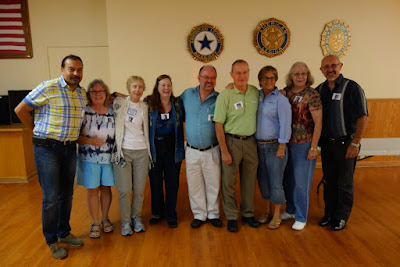