Today is the eve of Mexico's Independence Day.
Early in the morning of September 16th, 1810, in the small town of Dolores, a parish priest by the name of Miguel Hidalgo rang the church bell to summon his parishioners.  In an impassioned speech he called upon the people to take arms against the Spanish and to break away from their colonial masters.  His speech became known as the "Grito de Dolores" (the Cry of Dolores), and it marked the beginning of Mexico's struggle for independence.

The bell which Father Hidalgo rang on that fateful morning now hangs over the central doorway of Mexico City's National Palace. 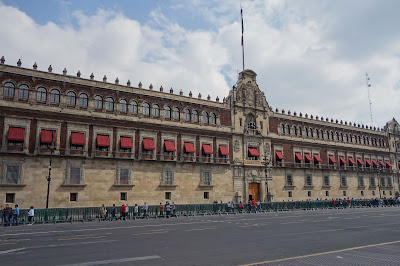 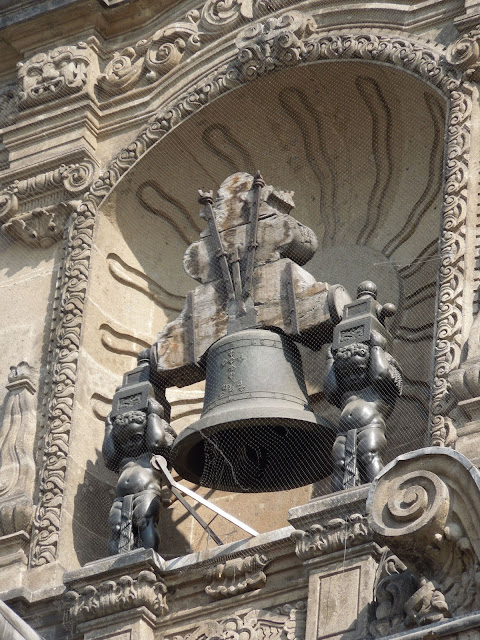 Each year on September 15th thousands of people gather on the Zócalo, the city's main plaza, in front of the National Palace.  At 11:00 P.M. the President appears on the balcony and gives the "Grito".  It's actually not the "Grito" of Father Hidalgo that the President recites.  He gives a number of "¡Vivas!" (Long live!) naming Hidalgo and the other heroes of the War for Independence.  He concludes with "¡Viva México!" and rings the bell.  The speech that Hidalgo gave included the phrase "Muerte al mal gobierno" (Death to bad government).  Wouldn't it be nice if the President actually governed by those words?

Mexico's current President, Enrique Peña Nieto, is the most unpopular President in recent times.  In opinion polls he had an approval rating of 23%... and that was before his invitation to the even more unpopular Donald Trump.

My friend Alejandro told me that there has been a campaign to boycott the Independence Eve celebration so that Peña Nieto would give tonight's "Grito" to a nearly empty Zócalo.  However, the government has been paying people from outside the city and shipping them in to fill up the plaza.  So typical of Peña Nieto!