Since ancient times people have been making lists.  Ancient Greek writers compiled a list of wonders of their known world... seven of them because they considered the number seven to represent perfection.

I have always been fascinated by vanished civilizations, so I thought I would make a list of my seven favorite archaeological sites.  Just as the Greeks did not have knowledge of the entire world, I have not traveled to many astounding places. I have not seen the Coliseum of Rome, the Parthenon of Athens, or the Great Pyramids of Egypt, just to name a few.  Obviously, since I have traveled so many times to Mexico, sites in that country are overrepresented.

There are also some places I have visited which many travelers would probably put on their list, but which I have not included.  It is certainly amazing how the ancient inhabitants of Britain transported huge stones to create Stonehenge.  Yet that site did not "wow" me.  (The fact that visitors are no longer allowed to get close to the ruins did not help.)  The Mayan city of Chichén Itzá made it to the new list of wonders announced in 2007.  As impressive as it is, the hordes of day-trippers who flock there from Cancun and the army of annoying souvenir vendors have spoiled it for me.

7.  The Roman Aqueduct in Segovia, Spain 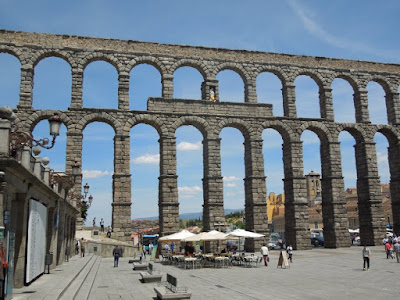 Every time I visit Segovia I catch my breath when I first glimpse this aqueduct built by the Romans 2000 years ago. It is nearly 100 feet high, and was built entirely without mortar.  The fact that it has survived the centuries and continued to provide water to the city until the 19th century is amazing.
6.  The Mayan Ruins of Uxmal, Mexico 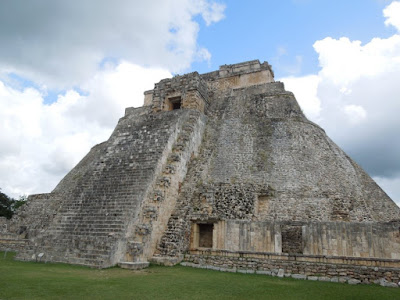 With its pyramids, palaces, and intricately designed stone mosaic decorations, Uxmal is one of the most impressive Mayan cities.  When I take friends to the Yucatán, I take them here rather than to Chichén Itzá.   No crowds, no vendors, and you can still climb most of the ruins. 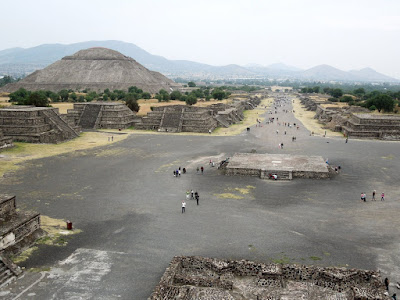 More than fifteen hundred years ago, Teotihuacán was one of the largest cities in the entire world.  And then it was mysteriously abandoned.  It's sheer size is astounding.  The Pyramid of the Sun is the third largest pyramid in the world.  Although it receives large numbers of visitors (it's located about 30 miles from Mexico City), the site's vastness easily absorbs the crowds.  The two pyramids can be climbed, offering impressive views. 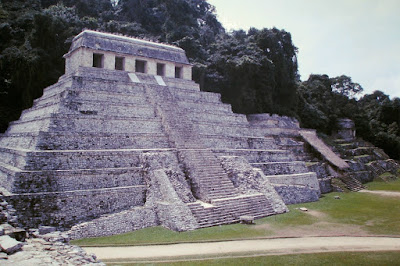 Located in the tropical rainforest of the Mexican state of Chiapas, Palenque is one of the most beautiful examples of classic Mayan art and architecture.  Although you are no longer permitted to climb the Pyramid of the Inscriptions and descend into the burial chamber of King Pakal, it remains a stunning and evocative site. 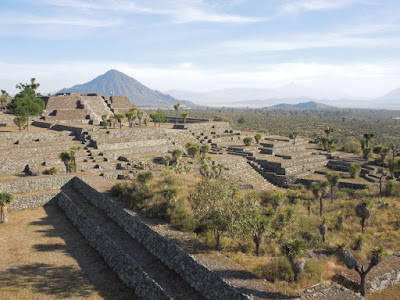 Not many people have heard of this impressive site which is located about three hours from Mexico City near the border of the states of Puebla and Veracruz.  More than 1000 years ago it was a major city along the trade route from the Gulf coast to the Mexican highlands.  It is the largest archaeological site in Mexico.  The beautiful scenery all around you, and the fact that you have the place almost to yourself, make this one of my favorites. 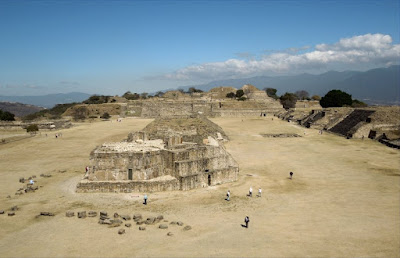 Two thousand years ago the Zapotec tribe leveled the top of a mountain to construct their huge ceremonial center.  It is an amazing construction feat. All around you are marvelous views of the mountains and valleys of Oaxaca. 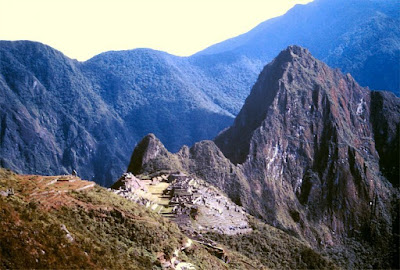 There is absolutely no doubt that my favorite archaeological site is the Incan ruins of Machu Picchu in the Andes Mountains of Peru.  It was constructed 1000 feet above the valley floor on a saddle between two mountain peaks.  The astonishing Incan stonework combined with the spectacular mountain scenery combine to make this the most incredible place that I have ever visited!﻿
Posted by Retired Teacher at 10:15:00 AM