Autumn Colors... and Some White Stuff

Yesterday it was very chilly with temperatures in the 40s.  It was, however, a bright sunny morning, so I decided to drive down to the park and take some pictures of the fall foliage.  One of the entrances to the Cleveland Metroparks is just a five minute drive from my house.  As luck would have it, shortly after I arrived in the park, the clouds rolled in, and the wind picked up making it feel even colder.

The autumn color this year does not seem to be especially spectacular.  Some trees have already lost most of their leaves, others are still green, and many of the trees that have turned are not brilliant in color.

Nevertheless, here are some pictures that I took as I hiked to the top of Cedar Point Hill (not to be confused with the famous Cedar Point Amusement Park in Ohio). 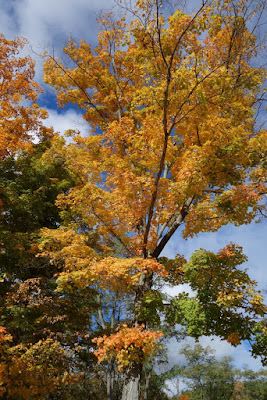 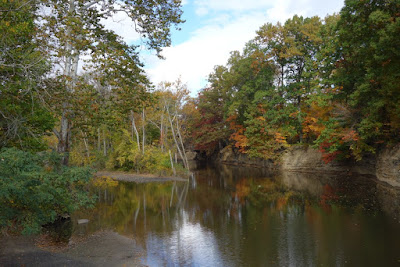 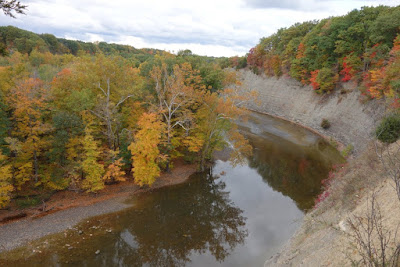 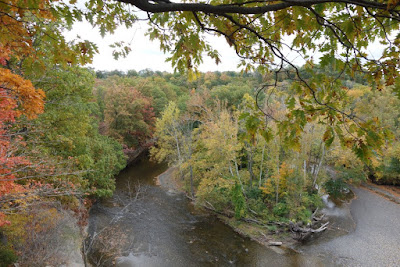 After I returned home, in spite of the chill in the air, I decided to continue clearing out my flower garden... a task which is about 75% completed.  As I was trimming back my rose bushes, I thought I noticed a few white flakes in the air.  A few minutes later, as I was bringing some flower pots in from the patio, it began to snow.  Well, it wasn't exactly snow.  It was more like ice crystals instead of flakes... but it was definitely white stuff, and it was coming down quite rapidly.  It only lasted a few minutes, and it wasn't sticking to the ground.  But at that point I decided to wait for another day to continue my yard work!﻿
Posted by Retired Teacher at 10:17:00 AM