In 2009 I took my first trip to England.  I had been researching my genealogy, and I wanted to see the ancestral villages from the English branch of my family, as well as meet for the first time cousins with whom I had made contact.

In addition to the genealogical side of the journey, I visited a number of other places in southern England, including the city of Bath. 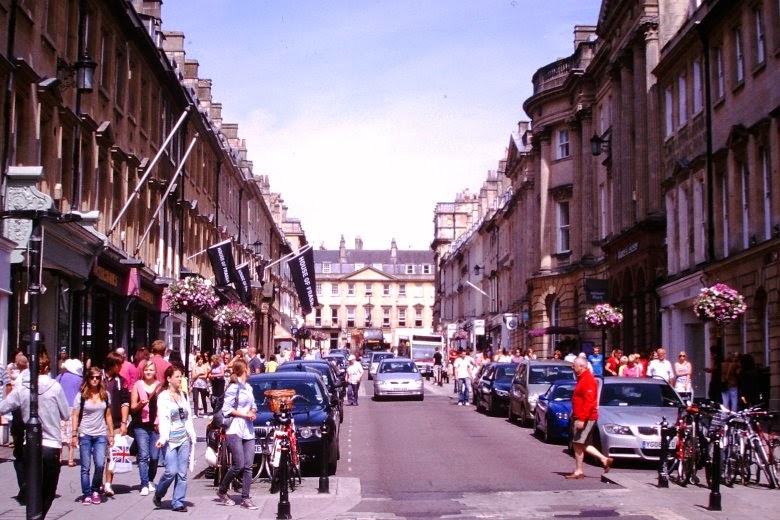 Bath is located about 100 miles to the west of London in the shire of Somerset on the banks of the River Avon (not the Avon of Shakespeare's Stratford... there are several rivers named Avon in the United Kingdom).

The city was founded in A.D. 60 by the Romans who were attracted to the hot springs located there.  They built a temple and public bath on the site of the spring... and that is how the city got its modern name.

The Roman remains of the bathhouse are below street level.  The buildings on top of the site (shown below) date from the 18th century. 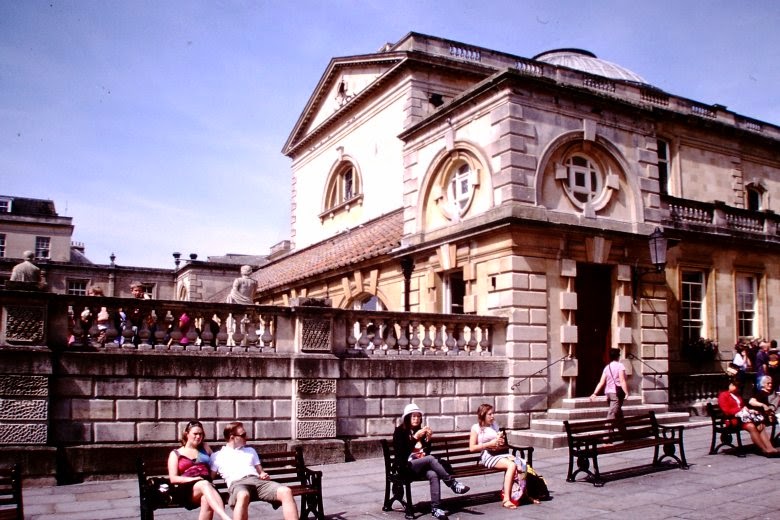 The Roman Bath is today a museum.  In addition to the remains of the "Great Bath" there are exhibits of archaeological finds. 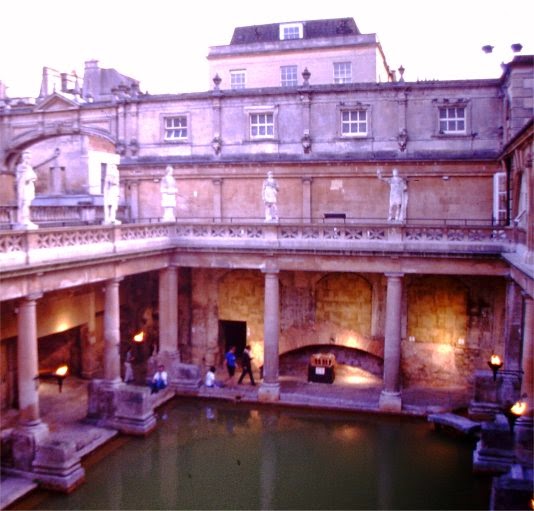 The Great Bath in the early evening 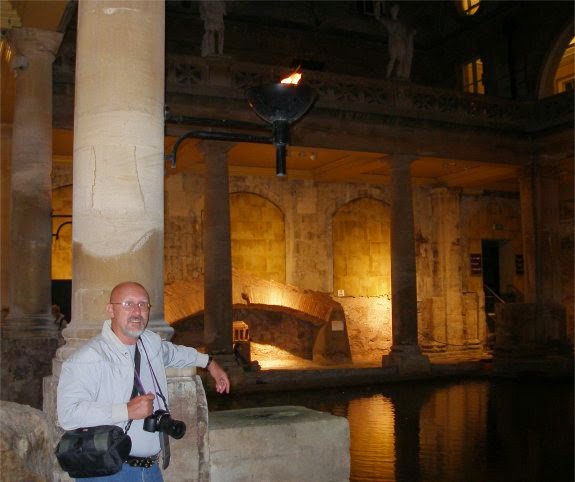 Me at the Roman Bath
Although the baths fell into disrepair after the fall of the Roman Empire, during the medieval era Bath continued as a town centered around a monastery.  The present Abbey Church was built in the 16th century in Gothic style, and remains one of the city's major landmarks. 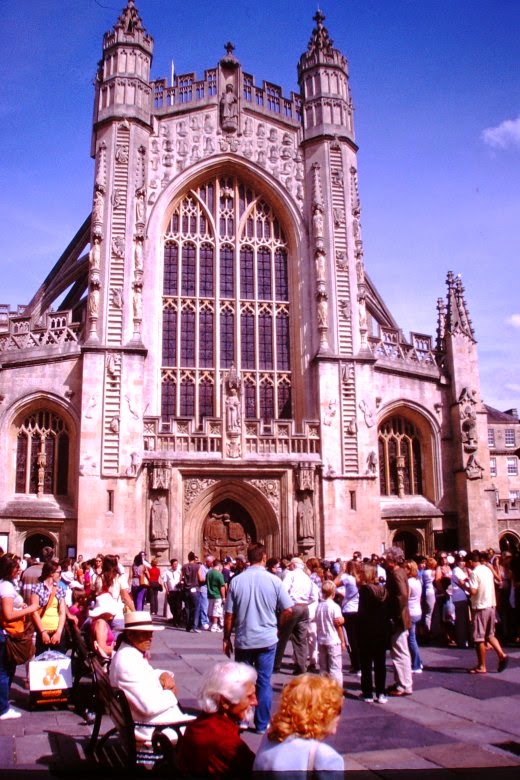 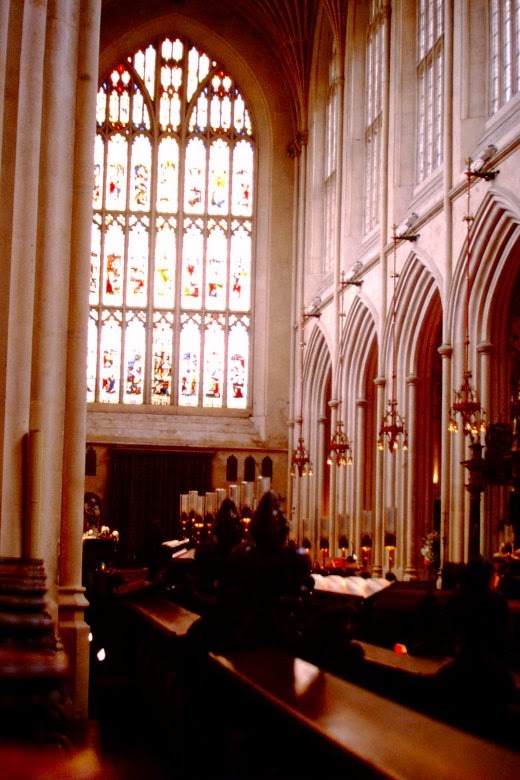 The interior of the Abbey﻿ 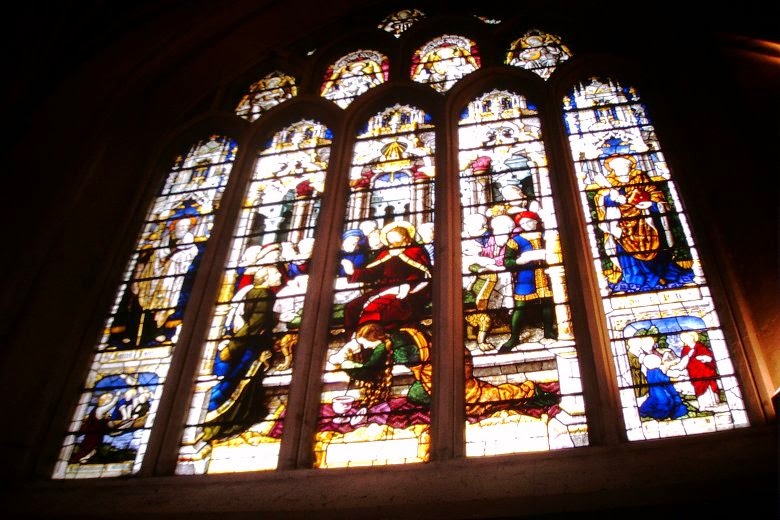 By the 17th century the town had become a fashionable spa. The British elite traveled from London to Bath to "take the waters", go to the theater and to socialize.  To accommodate the visitors terraces of townhouses were built in the Georgian style of architecture.  (The Georgian style was named after Kings George I through IV, during whose reigns the style was popular.)
"The Circus" is a complex of buildings surrounding a small circular park. 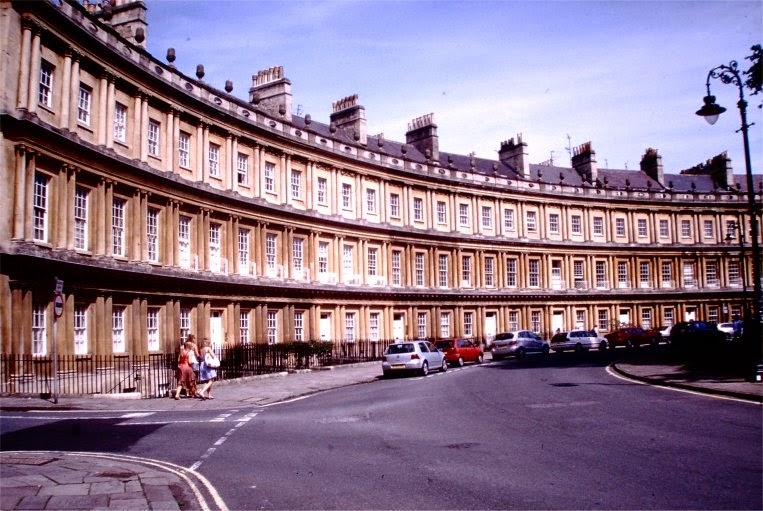 "The Royal Crescent" was the epitome of Georgian elegance.

Pulteney Bridge, built in 1773, crosses the River Avon.  It is one of only four bridges in the world with shops along the entire span on both sides. 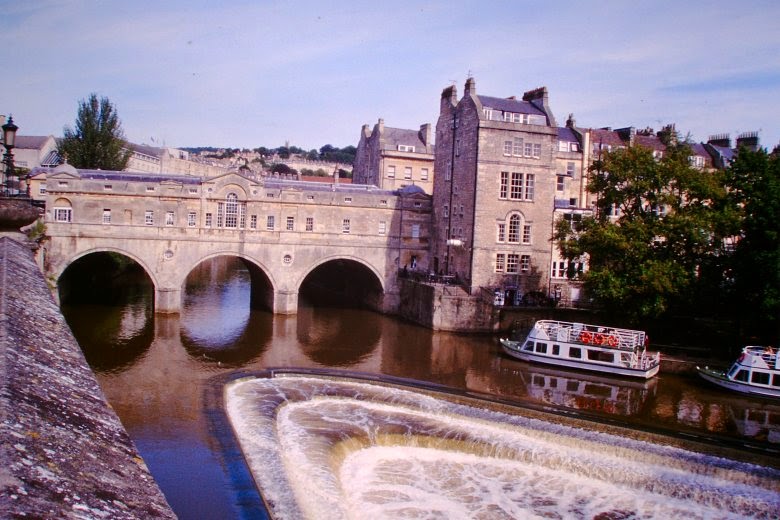 Nearby, between the river and the Abbey, is Parade Park with its lovely flowers. 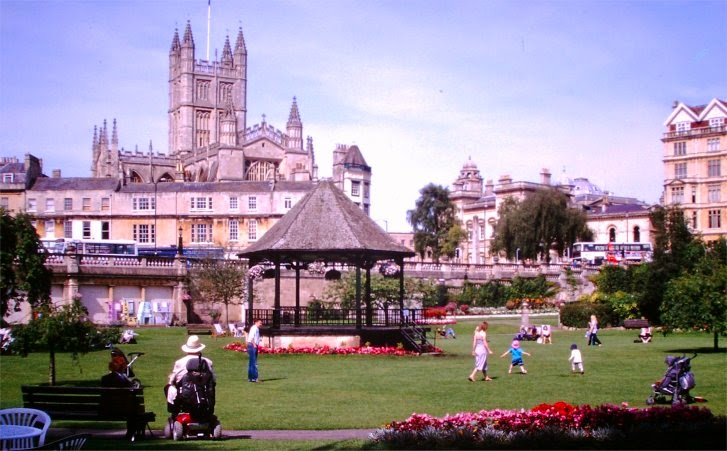 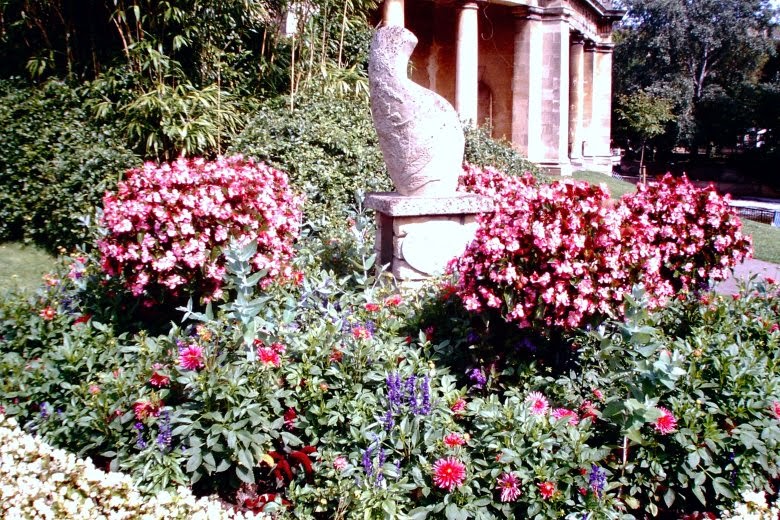 There is a tea house in the park, and there is no better way to spend a sunny afternoon in Bath than to sit here and enjoy tea and scones with clotted cream!
﻿
﻿
﻿
Posted by Retired Teacher at 6:06:00 PM