Before I leave for Europe next month, I wanted to go through my flower beds and give them a final sprucing up before my departure.  I had laid down Preen to keep new weeds from germinating, and, except for the occasional weed, it had worked pretty well.  I went through my beds quickly... pulling the random weed, deadheading my flowers, and laying down more Preen so that the beds should be pretty much weed-free until fall.

It went smoothly, that is, until I got to my shade garden. 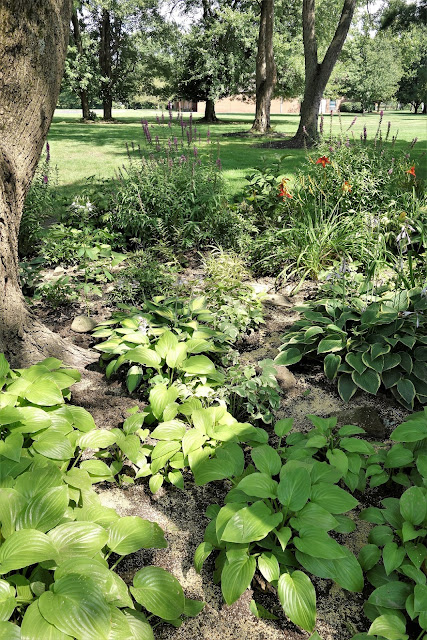 Earlier this month I wrote about an invasive plant of unknown origen that was taking over the bed.  It does not seem to be a common weed that spreads through seeds.  Preen would have taken care of that once the plants were removed.  Instead it seems to spread through its extensive system of roots. 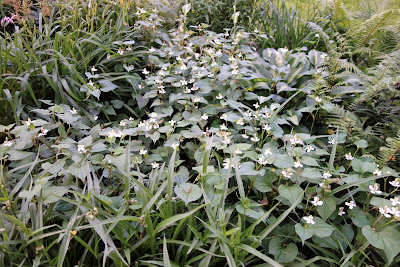 The invader at the beginning of July, before clearing it out.

I cleared it out of the bed, and tried to remove the roots from the soil.  I figured that I had not seen the last of this unwelcome visitor, but I did not expect to see it return in less than a month.  I found that the few plants that I had missed before had now grown tall, and throughout the flower bed there were already new plants sprouting.

So instead of a quick go-through, I spent most of yesterday afternoon, once again trying to remove this invader.  I can see that it is going to be a constant battle in the future.
Posted by Retired Teacher at 10:42:00 AM