The Return of the Annuals

Last year I was in Mexico from early April until early May, and then I returned from early June until early July.  That meant that I had just one month at home in Ohio to try to do all my yard and gardening work.  No annuals at all were planted in my flower beds.  I simply cleaned out, weeded, and manicured the beds and let the perennials do their thing.

This year I will not return to Mexico until mid-July, which means that I have had two months to work in the garden.  I have had time to plant a few annuals.

Last year, the large flower box behind my bedroom was left empty.  This year I have filled it with flowers. 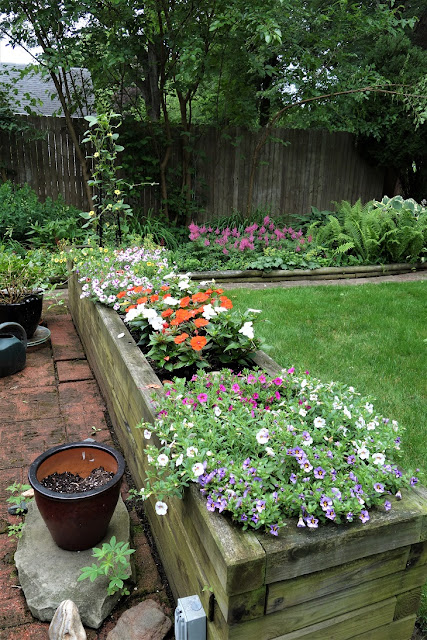 I planted New Guinea impatiens and a flower called Calibraochoa.  I always thought that the Calibrochoa were simply a variety of petunia, but with a bit of research I discovered that, although they are closely related to the petunia, they are a distinct genus.  They were named after Antonio de la Cal y Bracho, a 19th century Mexican botanist. 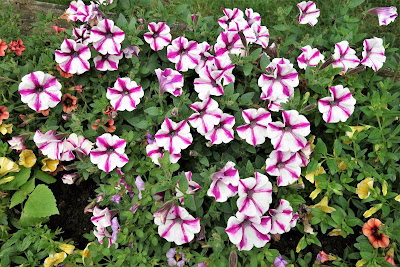 I used to plant more than a half dozen hanging baskets and a couple dozen pots with annuals.  I was not that ambitious, but I did plant a couple hanging baskets with a variety of petunia that I like called "superpetunias". 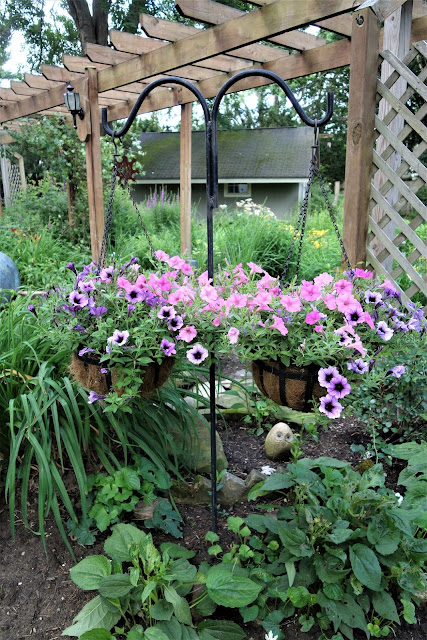 When I was at the nursery there were a few annuals that caught my eye, so I do have a couple pots with flowers on the patio. 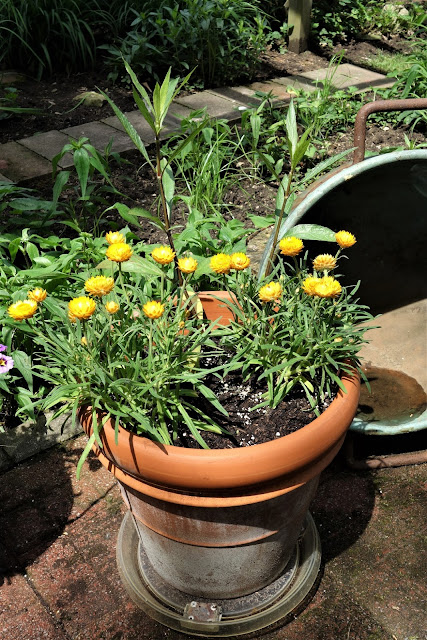 And I couldn't resist buying a "poblano" pepper plant.  (The tag gives it the cutesy name of "Ancho Villa"... "ancho" being the name for a dried "poblano".) 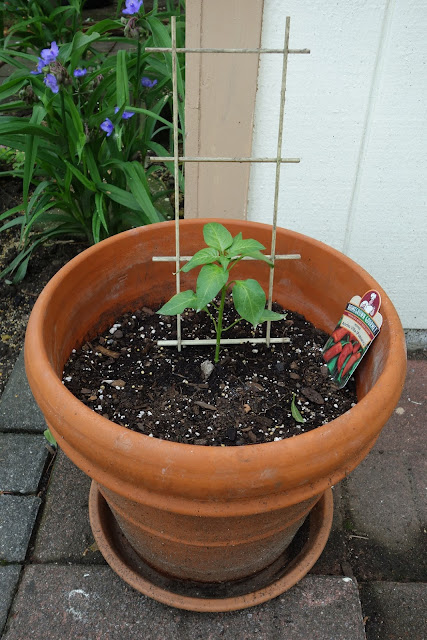 With luck, when I return from Mexico in late August, I might be harvesting some "poblanos" for a taste of Mexico at home.
Posted by Retired Teacher at 10:03:00 AM