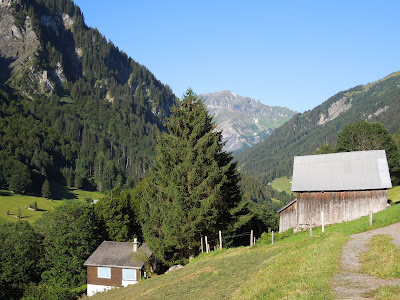 In ten days I will leave for Switzerland.  Here are some interesting facts about the country which you may not know.

You may be aware that German, French and Italian are spoken in Switzerland.  About 65% of the population speak German as their native language, 22% speak French and 8% speak Italian.  The fourth language is Romansh, an obscure language which is derived from Vulgar Latin.  Romansh is spoken by only 35,000 people in one region of the country.  Nevertheless, it is an official language.

2.  Most people from Germany cannot understand the German that is spoken in Switzerland.

The German-speaking population of the country speaks a number of dialects which are referred to as Swiss German.  These dialects are very different from the German spoken in Germany and Austria.  Most people also know Swiss Standard German which is much closer to the textbook version of the language.  It is used in schools, newspapers, books, advertising and government publications.  However, in their everyday conversations, most people, regardless of social class, use their local dialect.

3.  Switzerland was a part of the Roman Empire.

For nearly three centuries Switzerland was under Roman rule.  Scattered throughout the country there are Roman archaeological sites, and many of the Swiss cities were once Roman settlements.

4.  The Matterhorn is not Switzerland's tallest mountain.

Although the Matterhorn is the most famous and most recognizable peak of the Swiss Alps, it is only the seventh highest mountain in the country.  Furthermore, it is not entirely within Switzerland.  It straddles the border with Italy.  The Italians call it "Monte Cervino".

5.  There are palm trees in Switzerland.

When we think of Switzerland we picture Alpine meadows and snow-covered peaks... not palm trees!  However there are valleys in the south near the Italian border which have a nearly Mediterranean climate.  Cold-hardy palms are able to grow there.

6. The Swiss are the world's largest consumers of chocolate.