In various cities around the world, there are a number of cemeteries which have become tourist attractions.  Visitors to Washington, D.C., cross the river to Arlington National Cemetery.  In Paris there is the Pere Lachaise Cemetery where many famous people are buried, and Buenos Aires, Argentina, has the Recoleta Cemetery where you can see the burial place of Evita.

Cleveland, Ohio, may not be a major tourist destination, but we have a cemetery which is definitely worth a visit... Lake View Cemetery.

My high school friend, Duffy, is up here for a visit.  Today he and I, along with another high school friend, Gayle, got together.  Although they were born and raised here, they had never been to Lake View Cemetery.  I drove them there and showed them the sights.

Lakeview Cemetery was established on 285 acres on the heights to the east of Cleveland in 1869.  The first president of the cemetery association was Jeptha Wade, the founder of Western Union.  In his honor, the beautiful Wade Chapel was constructed in 1901. 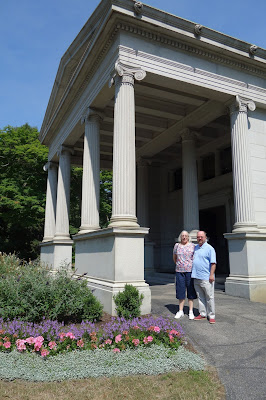 Duffy and Gayle in front of the chapel


The chapel's interior is one of the very few interior spaces in the world to have been completely designed by Louis Comfort Tiffany and his studios.

The mosaic on the left wall represents the Old Testament... 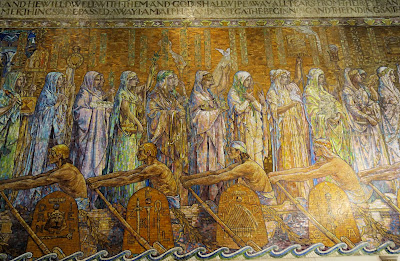 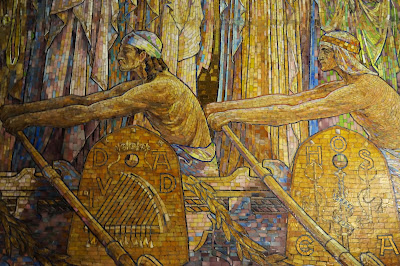 and the mosaic on the opposite wall represents the New Testament. 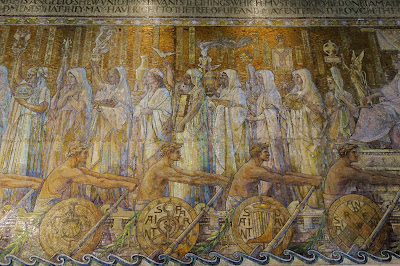 In the center is a stained glass window designed by Tiffany himself.  It is entitled "The Flight of Souls".  It is considered one of his finest works, and displays the deep, rich colors characteristic of his work.  Before being installed in the chapel, the window was displayed at the 1900 Paris World's Fair where it won a gold medal. 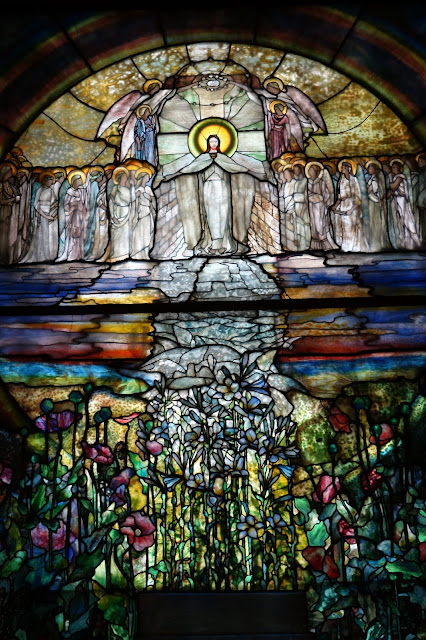 After our visit to the chapel, we did some more exploration of the cemetery.

Here is the pond behind the chapel... 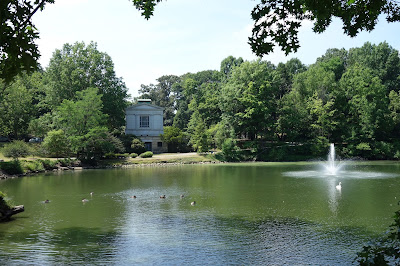 The cemetery is filled with elaborate mausoleums, monuments and statuary.  One of the most photographed statues is this angel which stands over the gravesites of the Haserot family.  They made their fortune in the canned food industry.

The bronze has become discolored over the years, and it appears that the angel is weeping. 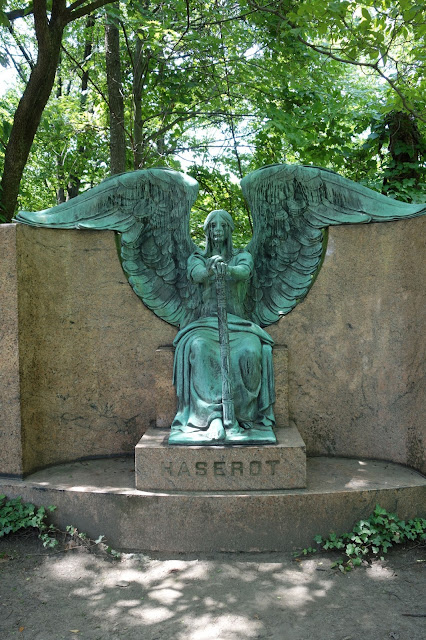 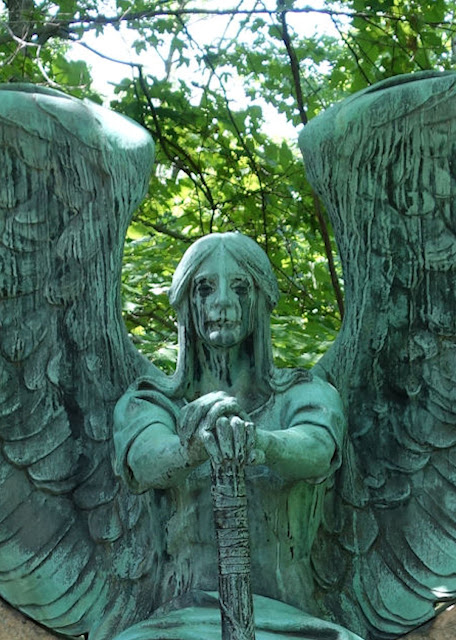 The grave of Jeptha Wade is marked by a tall column topped with an angel. 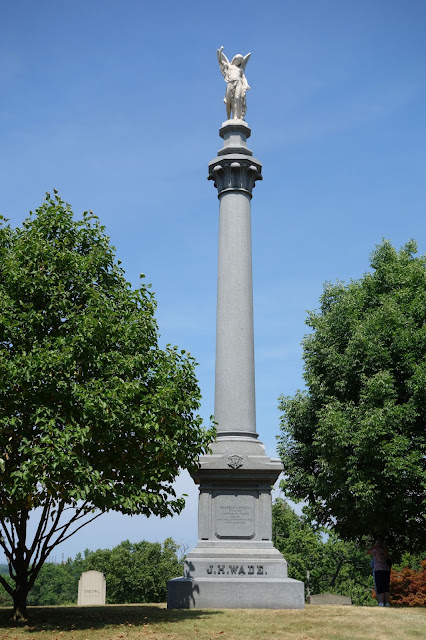 The cemetery is a "Who's Who" of famous people from Cleveland's history.  Here is the headstone of Eliot Ness, the leader of "the Untouchables", the Federal Treasury Agents who brought Al Capone to justice.  He later served as the Safety Director of the city of Cleveland from 1935 until 1942. 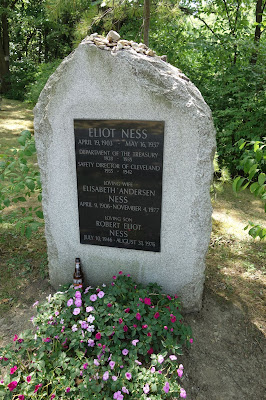 Notice the bottle of beer that someone placed by the stone.  Great Lakes Brewery, one of our local breweries, makes a beer called Eliot Ness.

Dominating the cemetery is the monument to our 20th President, James Garfield.  Garfield was born near Cleveland.  He served only a few months as President; in 1881 he was assassinated.  In 1890, this monument which serves as his mausoleum was completed. 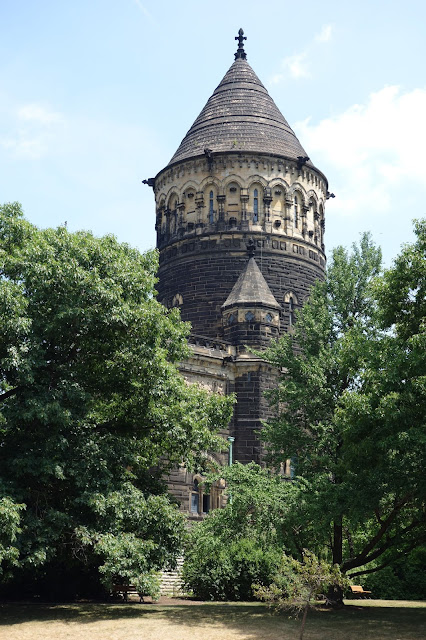 A statue of the President stands in the rotunda of the monument. 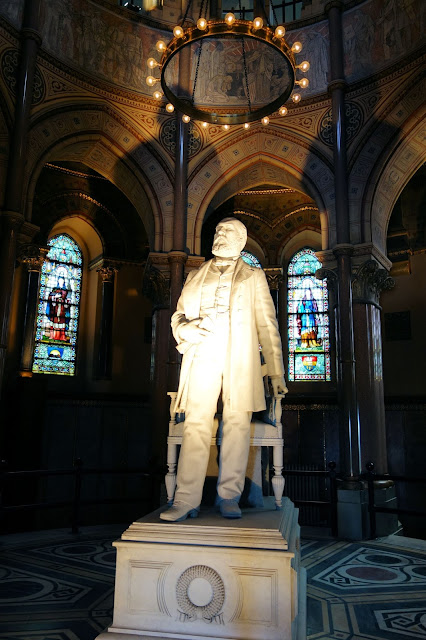 The interior of the monument is quite beautiful. 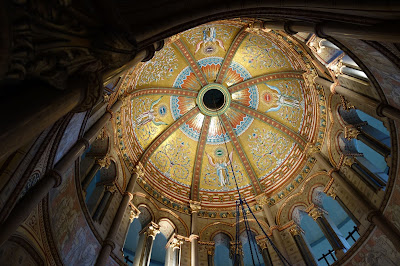 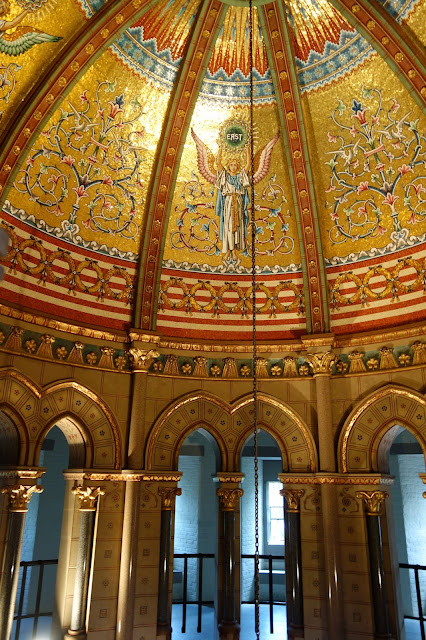 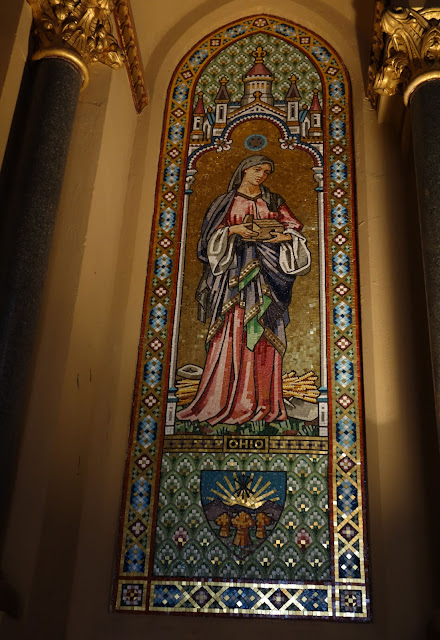 The bodies of Garfield and his wife are in the crypt beneath the monument. 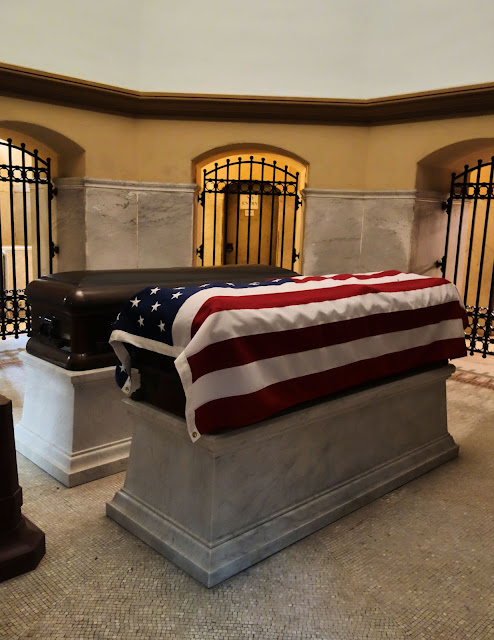 A terrace atop the entrance to the monument provides a view of downtown Cleveland. 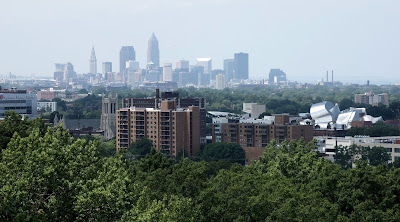