Quiz Time - What City Is It?

Time for another quiz... and this time it's not about Mexico.
Can you identify the city from the picture below?  The building is one of the tallest structures in the city, and it used to be owned by British Petroleum. 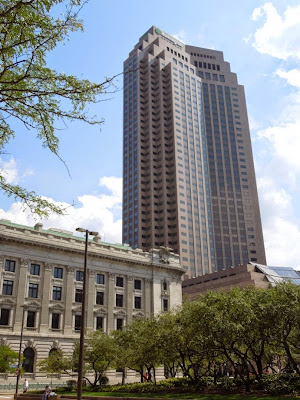 Good luck!
UPDATE:  We have a winner.  Joan correctly answered that the building pictured above is in my hometown of Cleveland, Ohio.  The building is officially known as 200 Public Square, but most residents still refer to it as the BP Building.  At 201 feet and 45 stories tall, it is the third highest structure in Cleveland.
In 1981 Sohio (Standard Oil of Ohio) announced plans to build a new headquarters on Public Square, the heart of Cleveland.  The plans aroused controversy because the building was going to be taller than the city's iconic Terminal Tower, also located on Public Square.  The plans were changed so that the Terminal Tower would remain slightly taller. 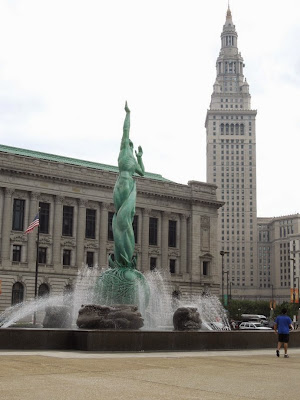 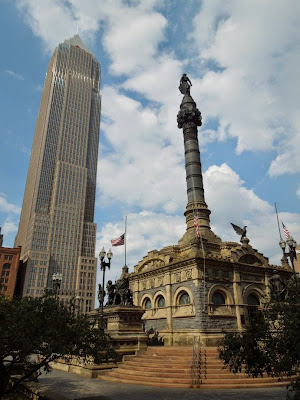 Congratulations to Joan!  I really thought that this one would go to one of my Ohio readers.
﻿
﻿
Posted by Retired Teacher at 8:32:00 AM