Hopefully, the Plan is Finalized

If you have been reading this blog over the course of the last year, you know that my planned trip to Europe this August has been going through many twists and turns.  For those who haven't been following along, here is a brief summary.  My cousin Gail and her husband Wes had booked a guided tour of Switzerland.  I was going to meet them there at the end their tour, and they were going to spend several days visiting our ancestral town of Othmarsingen and meeting our Swiss cousins.  Then their tour was cancelled, and everything was up in the air.  But they found a tour with another company that fit into our time frame.  Meanwhile, I was thinking of visiting Iceland on the way to Switzerland since Icelandair had non-stop flights from Cleveland.  Then Icelandair canceled service from Cleveland, so I scratched Iceland off the itinerary.

I was going to stay with my cousin Brigitta who lives in Uster, a town not far from Zurich, and Gail and her husband had booked a hotel room in Uster.  During the weekend that we were going to be there, Brigitta was planning a big family get together at her home.  But, as I wrote previously, that plan was cancelled because her husband Peter was having an out of town reunion of his family that weekend.  Fortunately, Brigitta's brother Werner (who lives in Spain) was going to be in Switzerland and was going to take us under his wing during Brigitta and Peter's absence.

So now for the latest twist...
Werner wrote to me a couple days ago that it would be very inconvenient for us to stay in Uster.  If you look at this map you see that Uster (U) is located to the east of Zurich (Z). 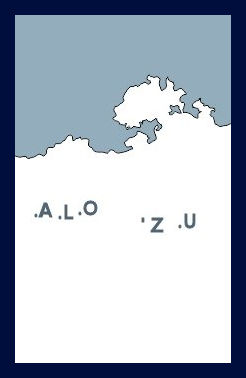 However, Othmarsingen (O), our ancestral town and where Werner will be staying, is to the west of Zurich.  It's a 50 minute drive from Othmarsingen to Uster… sometimes double that when the traffic is heavy.  It's too much time spent on the road going back and forth between the two towns.  So Werner  suggested that we stay in Lenzburg (L) which is a quick eight minute drive down the road from Othmarsingen.  He recommended a hotel there which located near Schloss Lenzburg, one of the best preserved castles in Switzerland.

Here is our revised itinerary.   I fly into Zurich on a Wednesday. Brigitta and Peter will meet me at the airport and drive me to their home, where I will spend two nights.

On Thursday morning Gail and Wes finish their tour.  They will be dropped off at Zurich Airport where the other members of the tour group will catch their flights home.  Werner will drive to the airport, pick up Gail and Wes, and take them to their hotel in Lenzburg.  They will have the afternoon on their own, and perhaps they will visit Lenzburg Castle.

On Friday morning Werner will drive to Brigitta's house, pick me up, and take me to the hotel.  (I made my reservations last night.)  We will then have the rest of Friday and Saturday to explore Othmarsingen.  We will visit the town's church which was built in 1675. 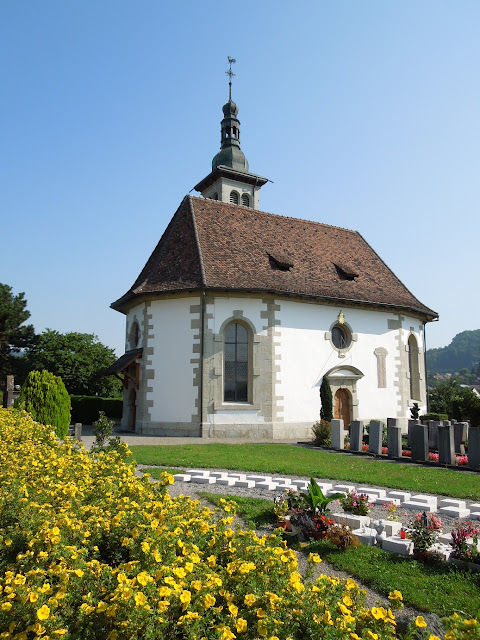 Our great grandparents were baptized there, as well as countless generations of ancestors before them.

We will also take a short hike to the remains of the stone quarry which once belonged to our great great grandfather.  We will visit Werner's other sister, Ruth, who lives in the town.  And Werner will see if he can arrange for us to visit the house in which our great grandparents were born.  On Saturday we will have lunch at a traditional restaurant located in the nearby forest.  Joining us will be Niklaus, a former town councilman, who was the person who helped me find my Swiss family.

On Sunday, another cousin, Walter, and his wife Helen have invited us to their home in Aarau (A on the map above).  They are going to have a family barbeque, so Gail and Wes will have a chance to meet even more of the Swiss cousins.

After that shindig, Werner will drive them to a hotel near the airport so that they can catch their flight home on Monday morning.  I will stay on until Tuesday morning, when Werner will take me to the Zurich station for my train to Vienna.

It looks like a great time, and hopefully, there will be no more changes to our plans.
Posted by Retired Teacher at 11:25:00 AM